Summer is flying by but the cost of rent across Canada continues to heat up.

This month, according to Padmapper, 13 cities saw an upward trend in the average cost of rent this month, while 8 decreased, and 5 remained flat. 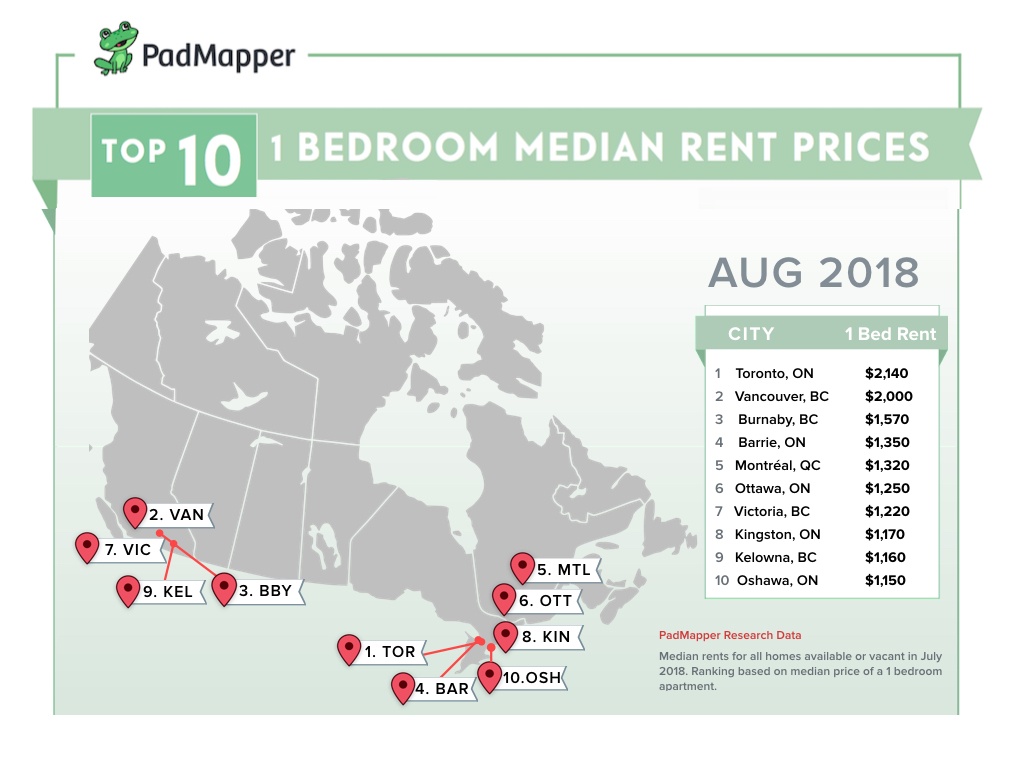 Vancouver remained the second most expensive city with one and two-bedroom sitting at $2,000 and $3,200, respectively.

Back in Ontario, the average cost of rent in Barrie stayed in fourth place. One bedroom prices stayed flat at $1,350 and two-bedrooms dropped 5% to $1,500.

And, once again, the fifth most expensive city this month is Montreal, which saw a slight growth in one-bedroom properties by 0.8%, while two-bedrooms jumped 4.9% to $1,700.

This month, the battle for the cheapest rent is tied for Saguenay, Quebec, and Windsor, Ontario, where you can rent a one-bedroom suite for just $710. Almost sounds too good to be true, doesn’t it? 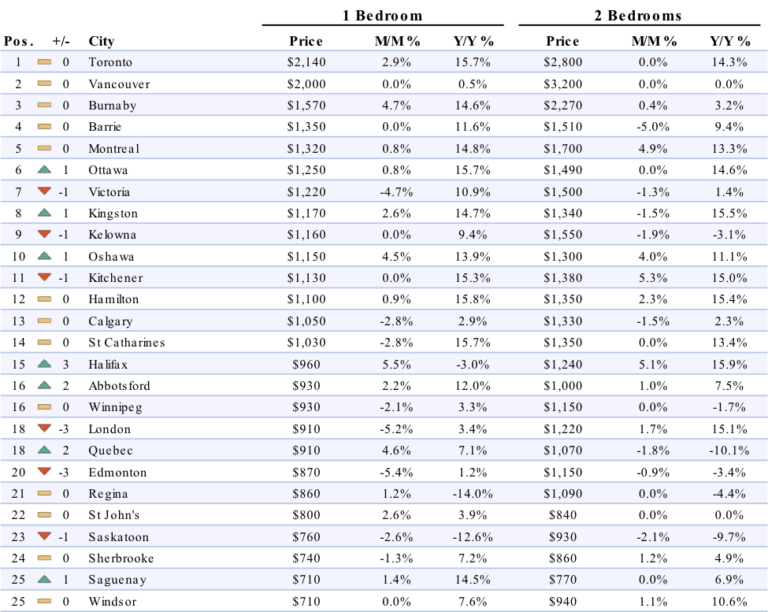