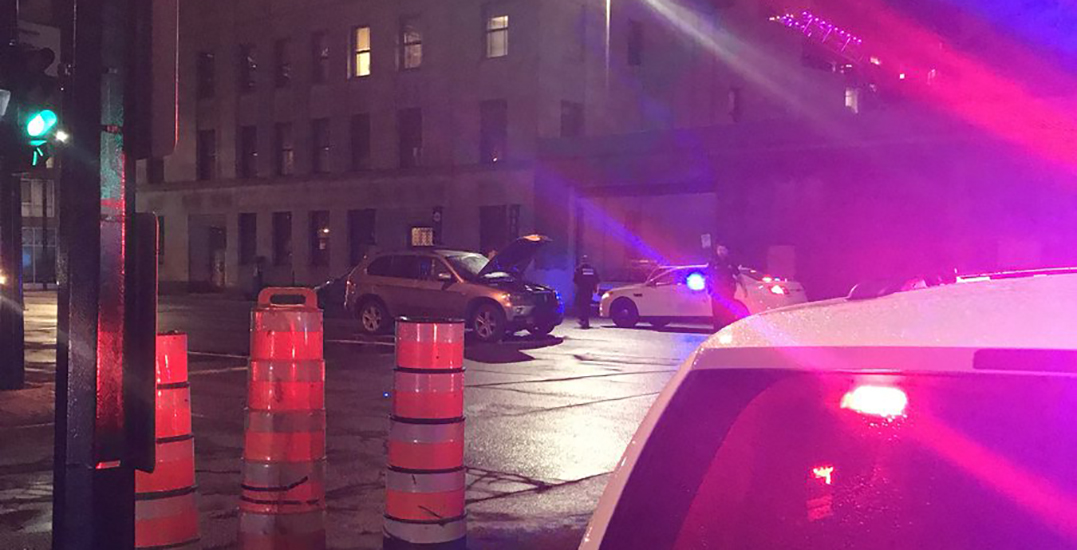 Police are in the process of looking for suspects after a dangerous motor vehicle incident that took place on the evening of Wednesday, May 2.

The incident took place on Notre-Dame and Robert-Bourassa when multiple 911 calls were phoned into police. All calls reported a potential conflict between a woman and the suspect.

Roads were shut down for several hours as police were on scene.

According to Montreal Police (SPVM), the woman “for an unknown reason” held on to a moving vehicle as it drove on for several hundred metres. SPVM clarified that the woman was never hit by the vehicle, but chose to hang on as it was in motion.

The victim, 49-years-old, was transported to the hospital last night with injuries to her legs and upper body. SPVM have updated that she is in stable condition with no major injuries.

As it stands, police are still waiting to hear back from investigators, who were just dispatched to the scene last night. The model of the vehicle used in the incident is unknown, as well as the gender of the suspect. Investigators are currently looking into findings from CCTV and looking for possible witnesses.