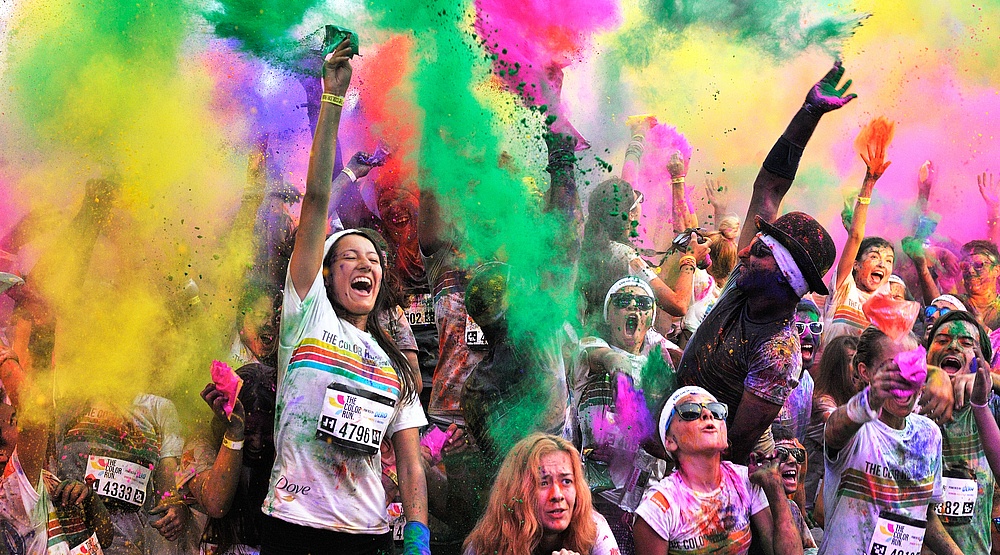 There is something so intoxicating about sports, the graceful athleticism of the players, the fast pace of the games, and the exuberance of the fans when their team scores. You can get your dose of sports in Montreal thanks to our mix of home-grown professional teams and amateur leagues that take over the city in the summer.

Whether you’re looking to sit back and watch a game from the stands, or get right in the middle of the action, be sure to check out these 9 sporting events happening in August.

The Colour Run Canada is back in our fair city for another year. This year’s tour, the Colour Run Tropicolour World Tour, will be in town on August 13th. This year’s race includes a tropicolour zone, a rainbow beach at the finish line, and a runner’s kit filled with island-themed goodies. Think leis, pineapple, and white sand. The run is 5km and is a great activity for you and your friends!

When: August 13
Where: 1 Circuit Gilles Villeneuve

A photo posted by Montreal Roller Derby (@montrealrollerderby) on Jul 9, 2016 at 4:44pm PDT

Come watch some of Montreal’s premiere roller derby teams duke it out at the roller derby championships. Tickets are just $10 for adults and Arena St-Louis is conveniently located in the Mile End. Trust us, you’ll want to check out this hardore sport in action. It is surprisingly ruthless.

Support the McGill Redmen at their home opener against Queen’s University on August 21st. Sure to be an exciting game, be there to witness what the Redmen have been training for all summer long.

Montreal Alouettes vs. BC Lions

Take in a professional football game at Molson Stadium, home to the Montreal Alouettes. Tickets are cheap and the stadium is relatively small, meaning most seats will give you a great vantage point. Unable to watch Duron Carter show off his moves on August 4th against the BC Lions? The Alouettes have another home game on August 26th at 7 pm and several more in September and October.

Get ready to sweat at Montreal’s very own extreme obstacle course. Designed by former U.S. Marine Drill Sergeant, Tony A., the Gatorade O Course promises to challenge you both mentally and physically during its 2.5 hour span. The best part? Gatorade Canada teamed up with The O Course to bring you the 2016 summer series completely free of charge!

Montreal is hosting its very own Roga session (a combination of running and yoga) on August 6th. To kick things off, participants complete a 3km or 6km run. After the run, you’ll be treated to a complimentary yoga session courtesy of Andrew Bathroy of Element Yoga and Chloe Robertson of Wanderlust Yoga Studio. Reap the benefits of both yoga and running in one fun morning session! Be sure to reserve a spot for this free event in advance.

When: August 6th from 10 am until 1:30 pm
Where: Statue George-Étienne Cartier – Parc Mont-Royal