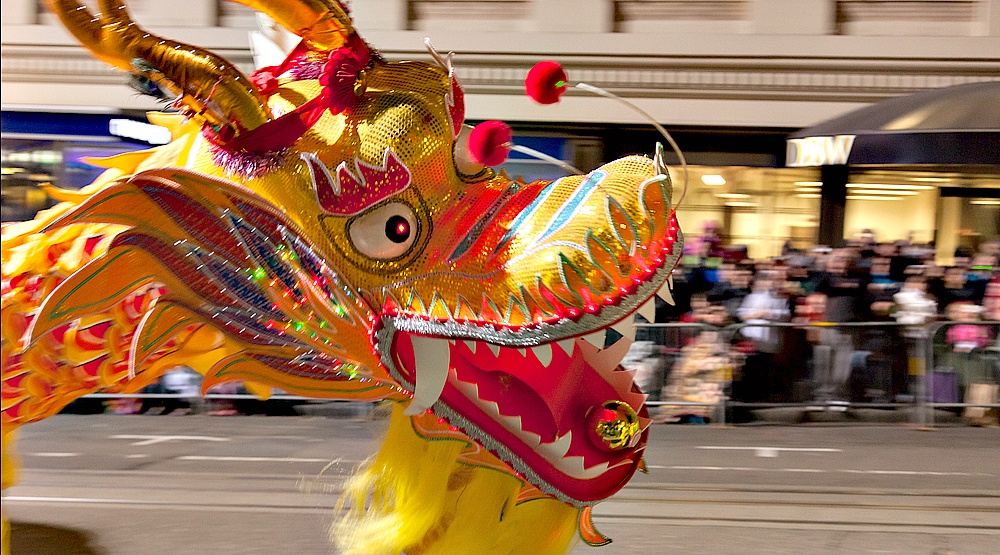 2017 marks the Year of the Rooster so you can expect many rooster-themed decorations and activities at this year’s festivities.

Whether you feel like attending a classical concert, eating some authentic cuisine, or hitting up Chinatown’s annual Lunar New Year Parade, there is plenty do in Montreal this weekend.

Check out 6 ways to celebrate Chinese New Year in Montreal.

Celebrate the Year of the Rooster with a magical concert. Place des Arts is proud to present the 2017 Montreal Chinese New Year Concert, a musical celebration in honour of Chinese New Year. The China National Opera and Dance Drama, a company with top-notch artists specializing in Chinese folk music, opera, and orchestra, will be performing this spectacular and festive show at Theatre Maisonneuve. In an effort to commend the Canadian government’s decision to recognize the Chinese Spring Festival as an official holiday, the concert promises to “bring you a mysterious and cheerful melody of blessing for a happy, healthy and prosperous New Year.”
When: February 11, 7:30 pm
Where: Theatre Maisonneuve, Place des Arts, 175 Rue Sainte-Catherine O

Indulge in a classic Chinese meal: peking duck. Restaurant Beijing in the heart of Chinatown serves up the best peking duck in the city. This casual eatery has a massive menu of delicious vegetarian and noodle options, but the peking duck is the true shining star. Grab your friends and share in this yummy meal.
When: 11:30 am-1:30 am every day
Where: 92 Rue de la Gauchetière O

Each year, a Chinese New Year Parade takes place in Montreal’s Chinatown (located on de la Gauchetiere Street, Saint Laurent Boulevard, and Saint Urbain Street). The streets, not to mention the people, will be covered in red. There will also be a traditional lion dance from the Montreal Chan Lion Dance Club. Don’t miss out on this fun and cultural event!
When: TBA
Where: Chinatown, Montreal

Concordia University is hosting a Lunar New Year Gala for both students and the public this Friday. The event will feature a traditional 10-course meal, wine, live music, a lip sync battle, dancing, and more! Tickets cost $30 for students and $40 for everyone else. Head to the downtown Concordia campus ASAP to reserve your spot.
When: January 27, 6-9 pm
Where: Restaurant Rubis Rouge, 1008 Rue Clark

Year of the Rooster CNY Party

Presented by Deuces Wild, a massive CNY party is happening in Montreal this Friday. DJ Yao & DK will be spinning the best hip hop and EDM music all night long. If Deuces Wild’s last event at L’Olympia was any indication, there are likely to be thousands of attendees at this exciting Chinese New Year party. Tickets are $12 online or $15 at the door.
When: January 27, 10 pm-3 am
Where: L’Olympia, 1004 Ste-Catherine Est.

Known for their scrumptious dumplings at a great price, Mai Xiang Yuan is the place to have dumplings in Montreal. Offering both steamed and fried options, as well as a multitude of inventive flavour combinations like pork, shrimp, leek, and egg, or beef and celery, you can’t go wrong by ordering any dumplings from this Chinatown eatery.
When: 11 am-9 pm every day of the week
Where: 1082 Boul St-Laurent