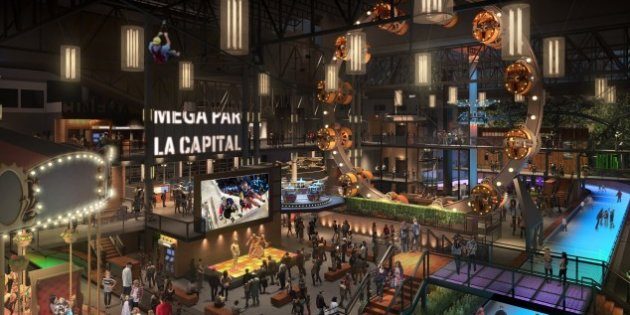 The $52 million project will take roughly 18 months to complete and will transform the park “into an entertainment zone from the Industrial Era.”

In an effort to “deliver a ground-breaking and surreal experience straight out of the Industrial Revolution and through the lens of the fantasy world of Steampunk,” the park’s retro-futuristic design will feature steam-powered machines, factories, and lots of steel.

The new park will feature over 18 attractions, with most of the current rides in existence being replaced. The few rides kept, which include the merry-go-round and the rollercoaster, will be renovated to fit with the Industrial Revolution theme.

Though there’s no official word on what attractions to expect, the official site promises there will be fun for the whole family, ranging from child-friendly rides to adrenaline-pumping thrill rides.

Prepare to travel back in time to the 19th century – we can’t wait to see what the brand new Méga Parc looks like!

Construction is set to begin on September 5, 2017.