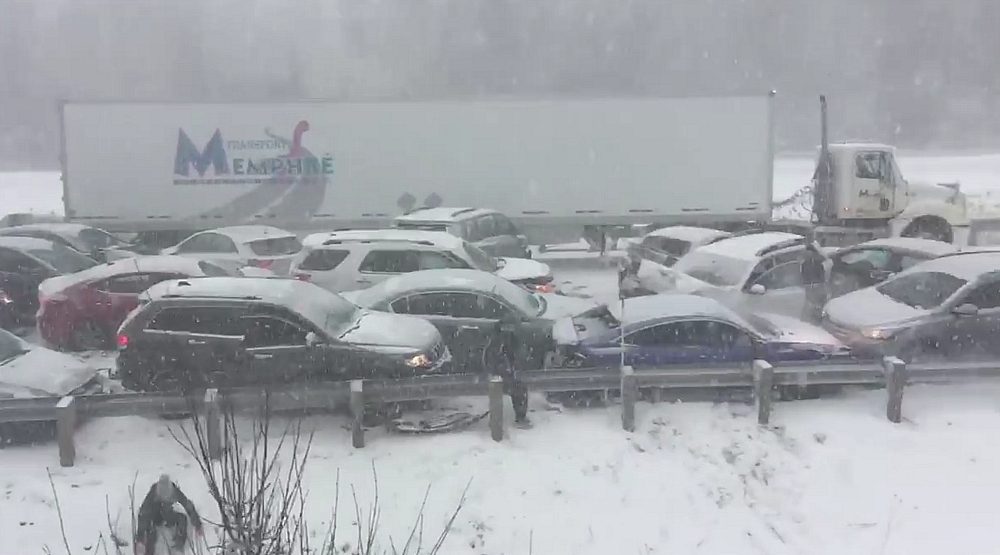 The dangers of a snow storm…

Yesterday afternoon, a major pile-up was reported on Highway 10 near Magog, Quebec.

When response teams arrived at the scene, there were over 50 cars that had collided between kilometer 120 and 124.

The highway had to be closed during this time as cars were removed and 11 people were taken to the hospital for minor injuries.

Drivers claimed that the road conditions were icy and slippery, preventing them from slowing down in time.

Many drivers said they barely had time to exit their vehicles before an ongoing car collided with theirs.

The pileup occurred at approximately 4pm on Tuesday, March 14th, and according to the towing company, 60 cars were ultimately implicated.

Watch the Facebook video posted by user Kevin Desjardins-Jean that has since gone viral below.