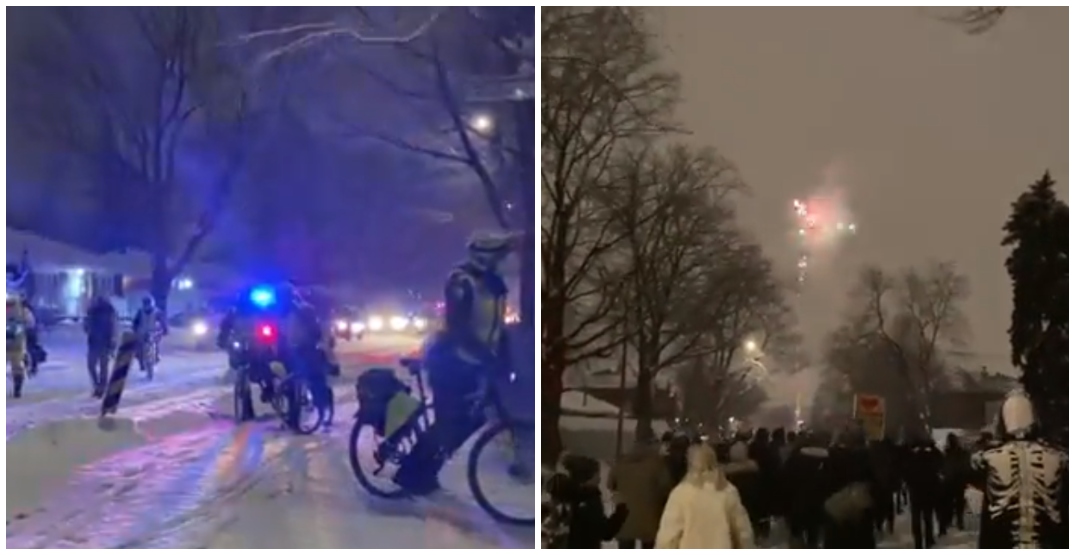 Montreal’s second curfew protest of the year took place on Wednesday night in a residential area near the Honoré-Beaugrand metro station.

SPVM Media Relations Officer Caroline Chèvrefils spoke to Daily Hive this morning and confirmed that police handed out a total of 45 fines.

Quebec’s curfew was officially reinstated on New Year’s Eve after the province reported more than 14,000 new COVID-19 cases in a day. The same measure was imposed in January 2021.

Premier Francois Legault said the initial curfew would last for four weeks, but it was lifted on May 28, more than five months after it was enforced.

Quebec is the only place in North America to enforce a nightly curfew in an attempt to curb the spread of COVID-19, which has led to general unrest and frustration among citizens.

3 min after #montreal curfew and police are following protestors into residential neighborhood. pic.twitter.com/esNtpbQpaU

Despite the resistance, protesters carried on while shooting fireworks into the air, which according to Lovgren, “bothered” police.

At the time of writing, there is no official statement from the SPVM regarding the matter.