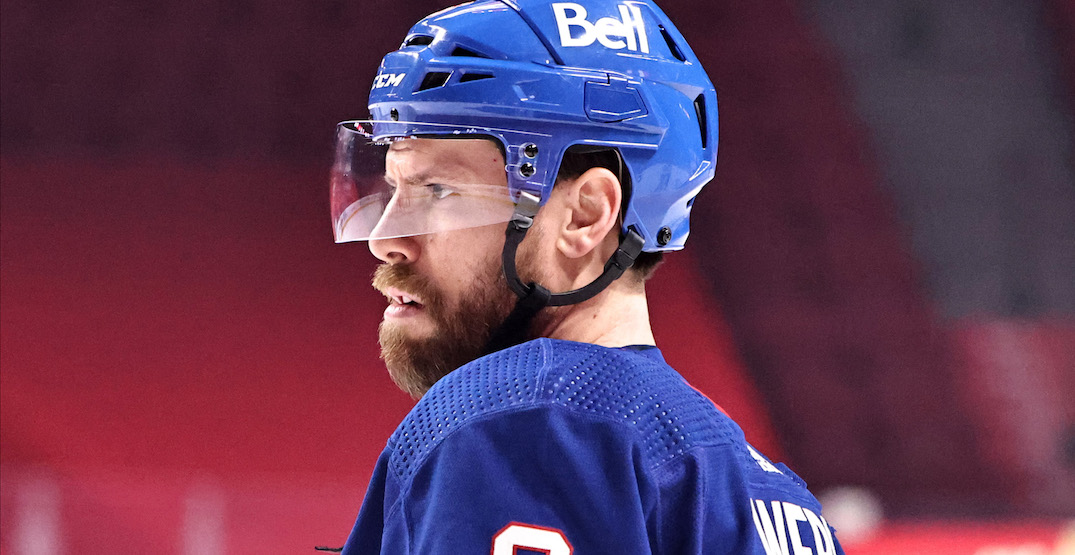 The Montreal Canadiens are now just over halfway through their 2021 regular season schedule, which would only be just over a third of the way through a normal season. And it’s a bit hard to believe all the ups and downs they’ve been able to cram into less than 30 games.

Though the coaching change that saw Claude Julien and Kirk Muller relieved of their duties and Dominique Ducharme and Alex Burrows promoted seems to have provided a spark to certain players, the overall results have been a mixed bag for the team. Montreal is 4-3-4 since the change. There’ve been some impressive wins, most notably a 7-1 demolition of the Winnipeg Jets, but also some ugly losses, like when they sleepwalked through a pair of games in Calgary last week.

Overall, there is still reason for optimism as the Canadiens head into the second half of their season. For one, they’re still holding onto a playoff spot in the North Division, and if they get there, they won’t have to deal with three-on-three overtime or shootouts, two events they’ve proven woefully incapable of having success in. Wednesday’s 4-3 OT loss in Winnipeg dropped them to 0-5 in overtime and 0-8 in games decided past regulation.

More importantly, Carey Price has been playing much better lately. His rough start to this season was well documented, but Price hasn’t allowed more than three goals in regulation in any of his last seven starts, allowing just one in four of them.

Price’s turnaround, if it continues, is huge news for the Habs, but there are still a few more players they’re going to need to pick things up in the second half of the season.

Shea Weber is one of the best offensive defencemen of his generation. With just five goals and 12 points through 29 games this season, though, he’s on pace for his least productive season in terms of points per game since 2007-08.

Not only that, but Weber has also made some uncharacteristic defensive blunders this year.

Fortunately for Weber and the Habs, Jeff Petry is Nick Lidstrom now, but a little more from the captain in the second half of the season would be big for the team. He’ll have to be able to step his game up in the absence of his regular partner, Ben Chiarot, who broke his hand in a fight with J.T. Miller last week and may miss the rest of the regular season.

Perhaps that could be a blessing in disguise for Weber, though, as he and Chiarot had not been as effective together this season.

Nick Suzuki was one of the brightest spots of the Habs’ hot start to the season. He began the year on a seven-game point streak and racked up 11 points in his first 11 games.

But, coincidentally or not, as Montreal’s fortunes began to go south, so did Suzuki’s production. In those first 11 games, the Canadiens went 7-2-2. Suzuki has just seven points in 18 games since then, and the team has gone 6-6-6 in them.

The Habs don’t have a true No. 1 centre and, as you may be aware, haven’t for a long time. If anyone on the roster has the potential to be one, Suzuki’s their best bet. Whether it’s fair to ask of him or not, they need to him to mature in a hurry and look more like one in the second half of the season.

Joel Armia has 10 points (5-5-10) in 22 games this season, which is fairly consistent with his career production. The thing is nearly half of that production came in one game, a two-goal, two-assist performance against Vancouver back in January. Here’s another interesting split: Armia has 10 points in 10 games against the Canucks and Jets this season, and zero in 12 against the North Division’s other four teams.

After taking over as interim head coach, Ducharme mentioned Armia has a player who he believed was capable of more.

Ducharme: “For sure [Armia has untapped potential]. Armia’s got world-class qualities as a player. He’s got good size. His skillset is really, really good. It’s about being consistent. We started working together me and him.” #GoHabsGo #THW

Armia scored a pair of goals against Winnipeg in Ducharme’s first game as bench boss but has since gone quiet again, posting just one goal and two assists in his last 10 games. His ice time has gone up under Ducharme, pretty consistently playing 15-16 minutes a night after often only playing 11-12 under Julien earlier in the season.

Ducharme seems to be serious about giving Armia an opportunity to show he has more to give. It’s just up to Armia to show it now. As a pending unrestricted free agent, there shouldn’t be a lack of motivation on his part to do so.

If anyone on the Habs has really benefited from the coaching change, it looks like it may be Jesperi Kotkaniemi.

After scoring just eight points in 18 games under Julien to start the season, Kotkanemi has seven in 11 under Ducharme and is seeing his ice time go up. He played nearly 19 minutes in Calgary last Saturday, a career high in the regular season. Dare we say, he’s started to look a bit like the Kotkaniemi we saw at times in the bubble last year. He’s a player where it’s easy to tell when he’s playing with confidence, and that’s how he’s looked lately.

Kotkaniemi gets credit for his improved play lately. The question is whether he can keep it up. The Habs play in a division with teams who are loaded down the middle. Toronto has Auston Matthews and John Tavares. Edmonton has an embarrassment of riches with Connor McDavid, Leon Draisaitl and Ryan Nugent-Hopkins. Like with Suzuki, the Habs will need the 20-year-old Kotkaniemi’s development to accelerate a bit if they want to compete with the top teams in this division.