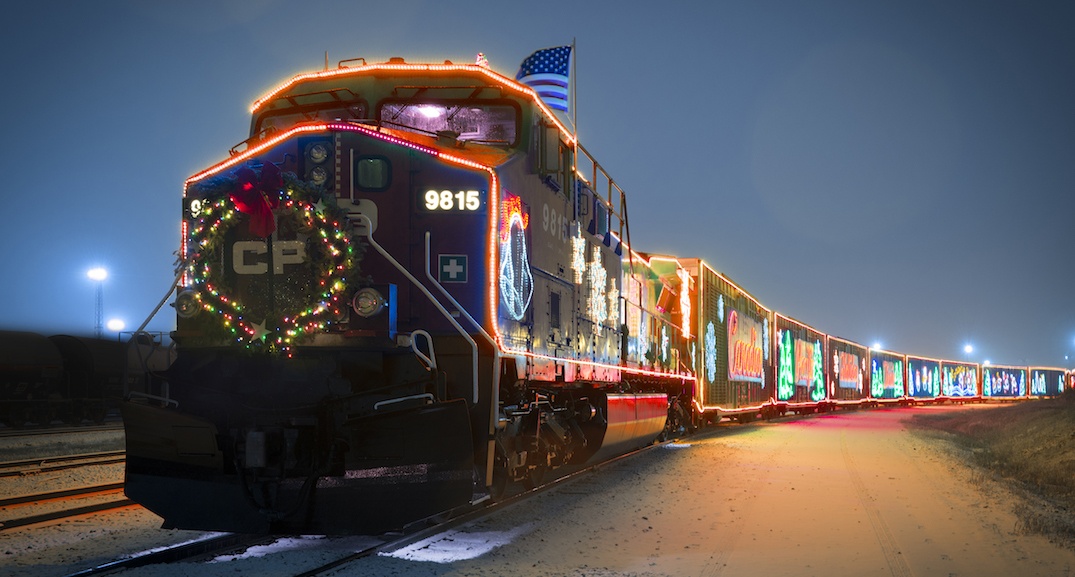 The 21st edition of the Canadian Pacific (CP) Holiday Train has come to an end, though that’s no reason to stop the celebration.

In fact, the cross-North America trip is to be lauded even more so now that it’s rolled to a well-deserved stop, seeing as the estimates are in for just how much good the touring train did this year.

“For more than 20 years, we have brought the CP Holiday Train across North America delighting audiences of all ages,” said Keith Creel, CP President and CEO, in the release.

“Partnering with local food banks to raise awareness for hunger-related issues is the cornerstone that enables the success of the Holiday Train. Watching communities come out to celebrate and donate generously reminds us why the program continues to be so important.”

“On a personal note, I can’t express how much I enjoy seeing the Holiday Train coming down the tracks, all lit up and decorated for the holidays!”

Plenty of photos were taken of this year’s voyage to immortalize the stunning sight, so even if you happened to miss it when it rolled through your city or town, you can still take a look at the train in all its glory here.