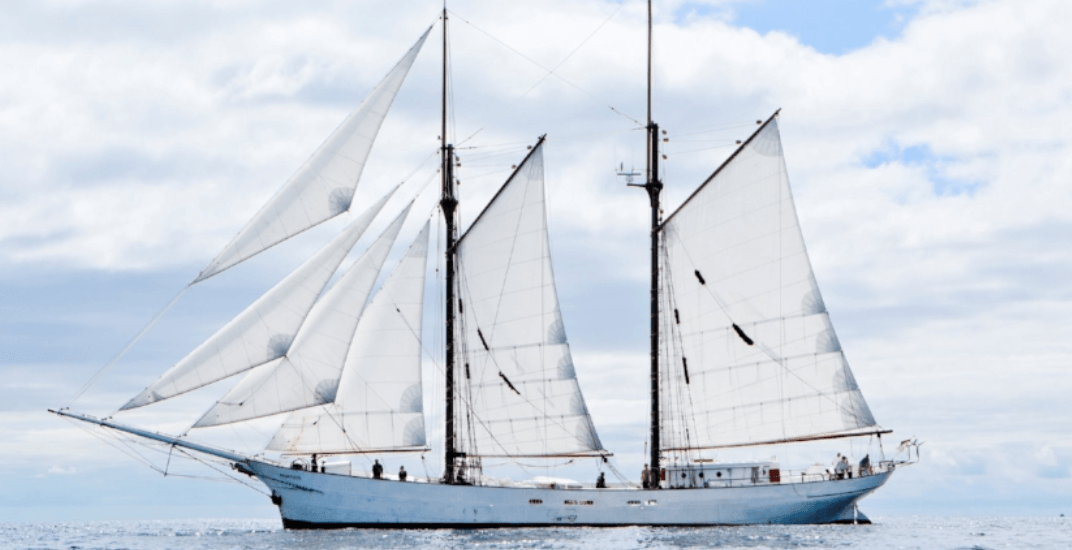 A ship that looks straight out of a pirate movie has docked in Montreal.

The Avontuur is known as the 21st century’s first eco-friendly cargo ship and the schooner has arrived at the Port of Montreal carrying cargo from Europe.

The 43.5-metre schooner was built in 1920 and refurbished in 2016 with new solar panels and wind turbines.

The ship completed its first crossing of the Atlantic Ocean from France. It arrived at the Old Port of La Rochelle, on Thursday afternoon and travelled to Montreal on Sunday.

The ship has brought over artisanal goods, including clothing, kitchenware, champagne and textiles.

The trip marks the opening of the first oil-free trade path of the 21st century between France and Canada.