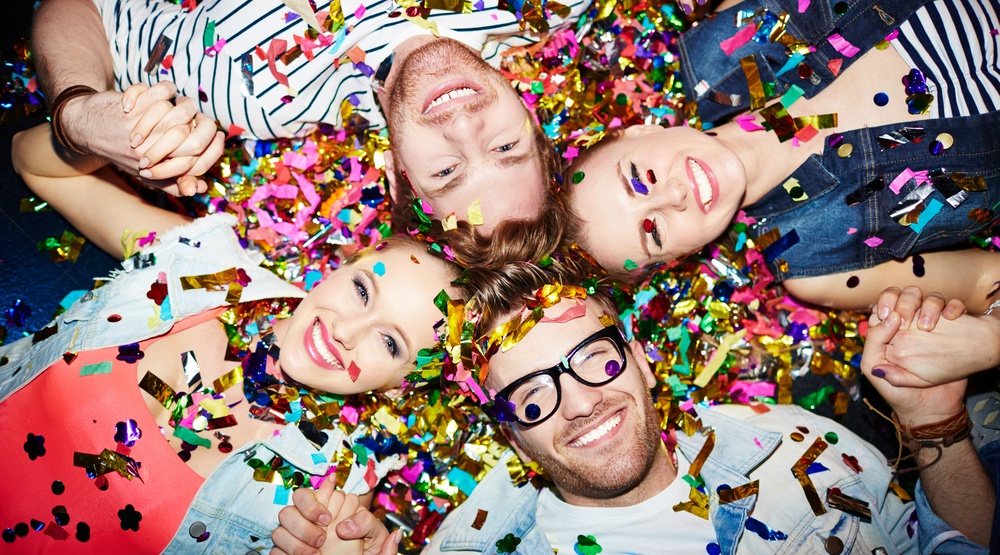 Step back in time, shop ‘til you drop, and listen to live reggae music. Yep, that’s right, you can do it all over the course of one weekend in Montreal.

Needless to say, it’s shaping up to be a pretty great weekend.

Anyone ever tell you that you were born in the wrong time period? Well perhaps the 18th century would have suited you better! Take a trip back to 1750, when Montreal’s first public market was founded. Meet farmers, craftspeople, and historic figures from the eighteenth century before sampling some deliciously authentic food like wild fruit jams and spruce beer, all of which is available for purchase.
When: Saturday, August 27, from 10 am to 8 pm and Sunday, August 28, from 10 am to 6 pm
Where: Pointe-A-Calliere, 350 Place Royale

Head to NDG for a packed week of art and cultural activities. Featuring everything from painters to musicians to opera singers, NDG’s annual arts week is a great way to explore the neighbourhood.
When: August 22 to 28
Where: Avenue Wilson

Apple pie anyone? It’s officially apple season! What better way to celebrate the end of summer than by spending the afternoon apple picking! Head out to any one of the orchards near Montreal, and prepare for a day of tractor rides, picnics, and of course, apples. Bonus points if you turn your hand-picked apples into a fresh apple pie. For a little inspiration on where to go, check out this list.
When: Pick-your-own apples are in season starting in the middle or end of August depending on the farm
Where: Various locations

Offering three full days of “reggae rocking,” the International Reggae Festival will be taking over Old Port from August 26th until August 28th. The three-day festival will feature reggae artists from around the world as well as some from right here in Canada. As always, the festival will promote the theme, “United Against Violence,” meaning this event has both great music and a powerful message. Tickets start at $30.
When: August 26-28
Where: Old Port

Prepare for the sidewalk sale of the century happening from August 25th until August 28th. Avenue Mont-Royal will be shut down for four days and will become a mecca for all the bargain hunters out there. Think of this like a rummage sale and a sidewalk sale combined into one. If you’re on a budget, take this as an opportunity to do some window shopping.
When: August 25-28
Where: 10 am to 11 pm

What’s the best day to party in Montreal? Sunday, of course! Join the legendary Sunday afternoon party on Mount Royal that is Tam Tams. With only a few weeks of summer left, it might be time to finally join that drum circle you’ve been staring at for the last two months.
When: Every Sunday afternoon from May 1 to September 25
Where: Parc Mount Royal

This is your last chance to visit the Pompeii Exhibit at the Montreal Museum of Fine Arts. On display until September 5th, a visit to this special exhibit will showcase “the splendour and opulence of Pompeii in a spectacular exhibition that features over 220 archaeological artifacts in a unique multisensorial environment.” Reviews have been incredible, so be sure to see it before it’s gone!
When: Any day of the week, until September 5th
Where: Montreal Museum of Fine Arts

The Nuit Blanche sur Tableau Noir is one of the most anticipated arts festivals in Montreal. In addition to the sidewalk sale, you can play a friendly game of urban golf or take in some street art as 30 artists will gather to paint La Grande Fresque de Nuit.
Where: Avenue Mont-Royal from St. Laurent to d’Iberville
When: August 25-28

Watch a Documentary at the Redpath Museum

McGill University’s Redpath Museum hosts documentary film screenings throughout the summer. Totally free of charge, the documentaries chosen are scientific in nature and cover a wide variety of topics like caves, family farms, and sustainable cities. This Sunday is the last one of the summer!
When: August 28 at 3:00pm
Where: 859 Rue Sherbrooke Ouest

On Sunday August 28th, women in Montreal are invited to gather in the city and stand up for women’s right to go topless. Organized by Go Topless, a women’s organization dedicated to fighting for a women’s right to be topless in public, events are being held all around the world. If you’re interested, be sure to gather at the Sir George Etienne Cartier monument in Mount Royal Park this Sunday at 1pm.
When: August 28, 1 pm to 4 pm
Where: Monument Sir George-Etienne Cartier, Avenue du Parc

This extensive exhibition celebrates the work of the most important Italian fashion designers post-WWII. Organized by the Victoria & Albert Museum in London in collaboration with Holt Renfrew, it’s safe to say that this is one of the best art exhibits in Montreal this summer. The exhibit features clothing, accessories, photographs, magazines, drawing, and film clips on a multitude of designers and their creations.
When: Any day of the week, until September 16th
Where: McCord Museum, 690 Rue Sherbrooke Ouest