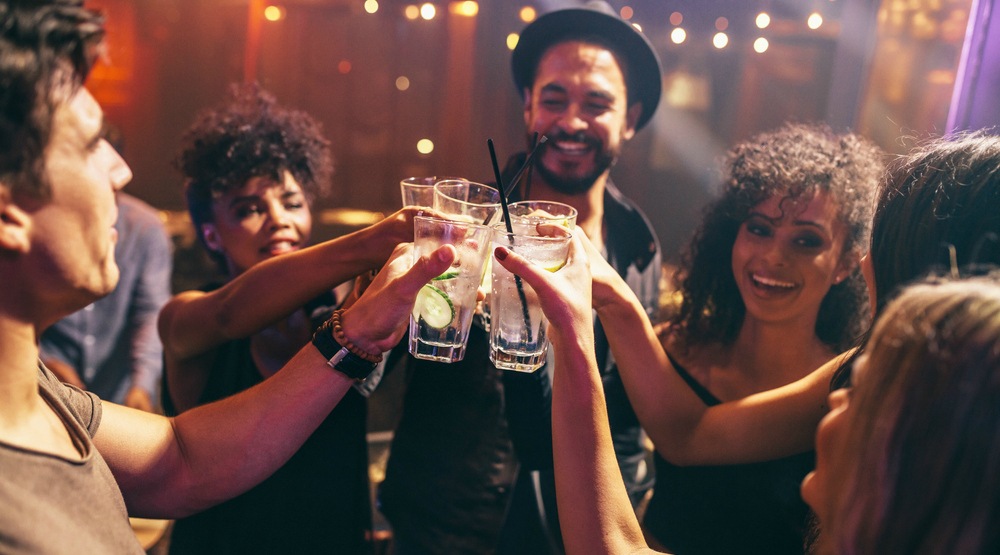 Not into green beer and parties? No problem!

Montreal has got a whole slew of PG-rated events happening all weekend long. Whether you’re into live music (both the Lumineers and the Knocks are in town Saturday), Pink Floyd operas, sugar shacks, fashion exhibitions, or scaling buildings like Spiderman, you can do it right here in our fair city.

A word of caution, however? If St. Paddy’s Day isn’t your thing, we highly recommend avoiding Sainte Catherine Street West on Sunday afternoon…things are bound to get pretty wild.

American folk rockers The Lumineers are back in town this Saturday. Coming onto the scene in 2012, The Lumineers had a massive hit in “Ho, Hey,” which made them an international indie sensation. Their second album Cleopatra was another success for the band, who are currently touring in support of their second release.
When: March 18 at 6 pm
Where: Bell Centre, 1909 avenue des Canadiens-de-Montréal

Another Brick in the Wall

Roger Waters and the Montreal Opera Company have come together to produce one of the most unique shows of the season: a Pink Floyd-themed opera. Titled “Another Brick In The Wall,” this brand new opera is based on the lyrics and music of Roger Waters’ The Wall. The operative version is composed by Julien Bilodeau, stage direction is by Dominic Champagne, and the show features an all-Canadian cast of talented singers and actors. It is only in town for a limited engagement so be sure to check it out before it wraps up on March 26th.
When: March 18
Where: Salle Wilfrid Pelletier, Place des Arts

Quebec eco-entrepreneur permaculture community, Terra Perma, has just announced they will be hosting a popup sugar shack in Montreal between March 18th and April 30th. Sirop Urban Shack will be set up in Montreal neighbourhood, St. Henri, and will feature an all-you-can-eat menu filled with maple goodies courtesy of Terra Perma’s artisanal small batch syrup. The menu includes the likes of pea soup, cabbage salad, homestyle potatoes with thyme and garlic, sugar pie, pancakes, maplewood-smoked bacon, and merguez sausage. Tickets cost $20 each so be sure to get yours before they’re gone! This is one of the best opportunities you’ll get to experience a sugar shack without leaving the city.
When: March 18-April 30
Where: 3580 Notre-Dame W

Described as “the best girl’s day ever,” the National Women’s Show is heading to Montreal next month. Taking over Palais des Congres from March 17th until March 19th, the three day event will feature over 300 exhibits on everything from fashion to business. Exhibitor categories include Beauty and Wellness, Fashion and Style, Cosmetic and Fashion Super Sale, World of Taste, Travel and Adventure, and Business and Career Centre. The event will also feature guest appearances by famous style gurus, as well as workshops, fashion shows, a cooking theatre, and a salon stage.
When: March 17-19, 2017
Where: Palais des Congres

New York’s The Knocks are back with their funky sounds, bringing along with them Bipolar Sunshine, Illy, Gilligan Moss. Be sure to catch them at Le Belmont this Saturday at 9pm (tickets are just $17 in advance or $20 at the door).
When: March 18 at 9 pm
Where: Le Belmont, 4483 Boulevard Saint-Laurent

The National Home Show returns to Montreal this March for 10 whole days. Taking over Place Bonaventure between March 10th and March 19th, this unique festival will feature hundreds of exhibitors covering all sorts of home-related needs. From interior design to indoor and outdoor lighting, guests will be able to learn about the products and services offered by a plethora of local vendors. Other exhibitor categories include kitchen & bath, pool & spa, windows & window coverings, garage doors, gardens & patios, home entertainment, home decor, heating & air conditioning, and much more. Tickets are issued per day and cost $16 for adults and $13 for students and seniors.
When: March 10-19
Where: Place Bonaventure

Taking art out of artistic institutions and integrating them into daily life, Art Souterrain is hands down one of the coolest art festivals Montreal has ever hosted. Art Souterrain is a non-profit organized founded in 2009 that is dedicated to showcasing contemporary art, artists, and the “cultural heritage of Montreal’s underground city.” Thus, we can expect art installations to centre on concepts of pleasure, relaxation, sharing, and leisure. Specific forms of play mentioned include video games, theme parks, game rooms, sports, television, and the internet. The best part? Each installation will be set in a different underground tunnel in Montreal.
When: March 4-26, 2017
Where: TBD

You can play the hottest new recreational game right here in Montreal. Known as Archery Tag (or Arc Tag for short), Combat d’Archers is the place to spend a Saturday afternoon in Montreal. This new, hybrid sport is a mix of paintball and archery. It sees players running around a room of over 10,000 square feet, using airsoft weapons to tag their opponents. Each session is one hour in length, excluding 20 minutes of training which is required before every game.
When: Monday to Friday 12pm-11pm, Saturday and Sunday 9 am-11 pm
Where: 3955 Rue de Rouen