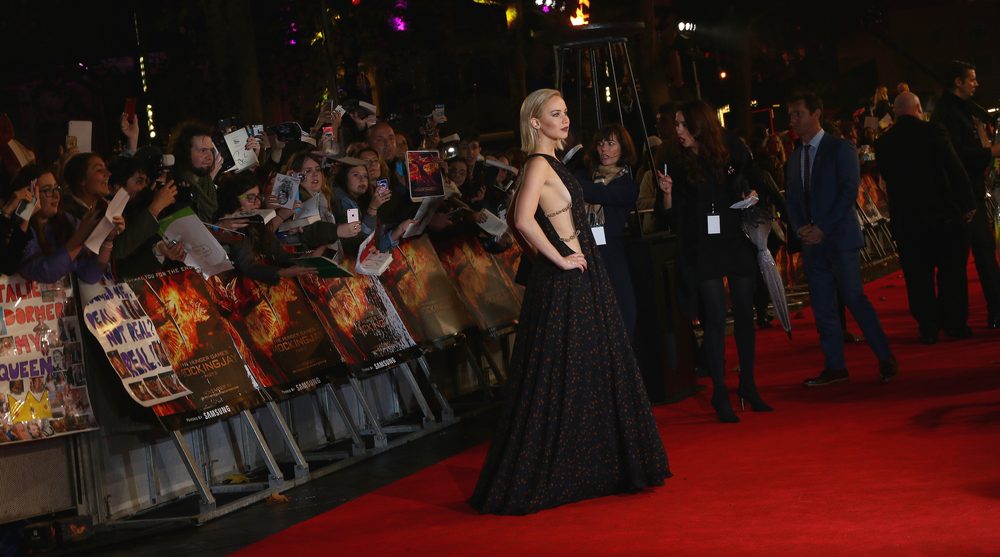 Montreal has recently become Hollywood Northeast with the slew of celebrities we have walking around the city on a regular basis.

From concerts to movie shoots, Montreal will be hosting several A-list celebrities this summer. Be sure to keep your eyes peeled – you never know who you might see walking down Saint Catherine Street!

Lana Del Rey returns to Montreal this July with her haunting vocals. Performing at Osheaga on July 30, Lana Del Rey will be mesmerizing Montrealers with tunes from her latest album, Honeymoon.

Jennifer Lawrence is pretty much a Montreal veteran at this point. Thanks to the X-Men franchise, Lawrence has been spotted filming in Montreal for several summers in a row. This year however, she’s in Montreal shooting a different movie called Day 6. The Darren Aronofsky film will keep Lawrence in Montreal from mid-June until August of this year.

Apparently Paris Hilton is a DJ now. Attracting attention wherever she goes, Paris Hilton will be showing off her mad DJing skills at the Beach Club on June 25th. Of her newfound career, Hilton tells La Presse, “Being a DJ is perfect for me. By day I am a business woman, I travel all over the world, I work with different products and different brands. Then at night, I become a DJ for all my fans”.

Sarah Silverman will be in town this July for Montreal’s annual Just for Laughs festival. The two-time Emmy Award winner most recently made us LOL in Popstar: Never Stop Never Stopping. And lucky for us, she’ll be at Montreal’s Maison Symphonique on July 30th for her very own Just for Laughs show. For more details, including ticket information click here.

Naomi Watts will be in Montreal from June until early August shooting The Glass Castle. Based on The New York Times bestselling memoir by Jeannette Walls, The Glass Castle tells the haunting tale of Walls growing up in a poverty-stricken home in the United States.

Ellie Goulding will be stopping in Montreal on June 18 for her Delirium World Tour. Performing at the Bell Centre, this British synthpop queen is sure to belt out a few of her latest hits including “On My Mind” and “Army.”

Also in town for The Glass Castle, Hunger Games-star Woody Harrelson will be strolling around Montreal between June and August this summer. The two-time Academy Award Nominee will be taking on the role of Rex Walls, Jeannette’s alcoholic father.

Taking a break from her dazzling Vegas show, Quebec superstar Celine Dion will be performing no less than 10 shows in Montreal this summer. Her first concert is set to take place on July 31 and she will finish her tour on August 17th. Tickets will go fast so jump on them while you can.

Brie Larson rounds out the cast of The Glass Castle which means the Academy Award-winning actress will also be filming in Montreal this summer. Playing the role of Jeannette herself, it’ll be interesting to see how this measures up to the wild success of her latest flick (based on the Canadian novel of the same name), Room.