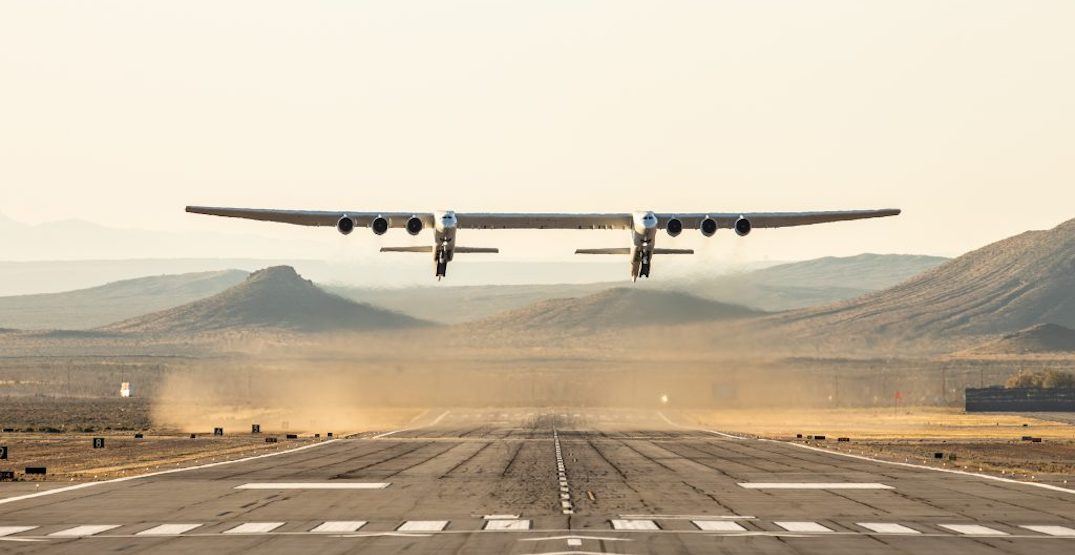 The world’s largest all-composite airplane took to the sky in its first official flight.

With a dual fuselage design and wingspan greater than the length of an American football field, the aircraft is quite a sight for ground dwellers to see.

Built by Stratolaunch Systems Corporation, the plane has a 385-foot wingspan, six engines, 28 wheels, and stands at 50 feet tall.

The plane flew for two and half hours over the Mojave Desert, achieving a maximum speed of 189 miles per hour and reaching altitudes up to 17,000 feet.

The Stratolaunch is not your ordinary plane, as it is designed to be a mobile launch platform enabling airline-style access to outer space in a convenient, affordable, and routine way.

The centre section of the wing is reinforced, which can support multiple launch vehicles weighing up to 500,000 pounds.

“What a fantastic first flight,” said Jean Floyd, CEO of Stratolaunch on the April 13 flight. “Today’s flight furthers our mission to provide a flexible alternative to ground-launched systems. We are incredibly proud of the Stratolaunch team, today’s flight crew, our partners at Northrop Grumman’s Scaled Composites and the Mojave Air and Space Port.”