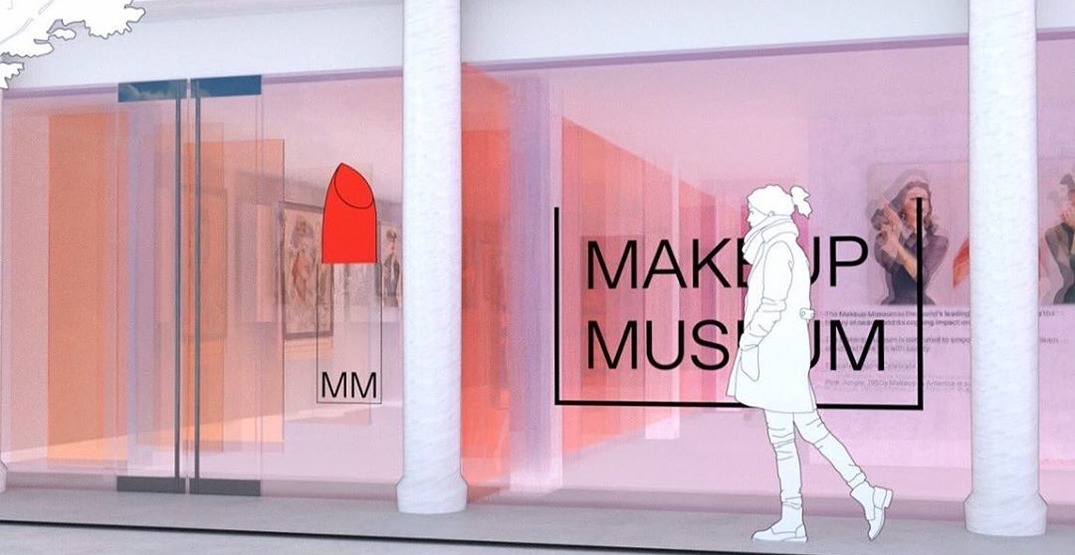 For all you Sephora-loving, MAC daddy, Cover Girls, we have some news for you that is sure to make you shout Este Loud-er!

And no, we are not being Too Faced.

The world’s first Makeup Museum is officially opening in May 2020 in New York City.

It will be the first museum wholly dedicated to makeup, its history, and the impact that it has had overall on society.

“Organizing the self, a ritual of self-arrangement and adornment — performed by millions of people every day — is as old as humanity,” Doreen Bloch, executive director and founder of the museum, wrote in a blog post.

“This ‘self-arrangement’ takes place most often in private moments; we can see ourselves most intimately in front of our mirror at home with a sole-gaze. But, making up can be seen just as easily on crowded train commutes during the morning rush to work, at restaurants after dinner service has ended as a powder compact is drawn elegantly from a purse, or in many an iconic on-screen makeover scene. Cosmetics allow us to paint a portrait for each moment of our day. Quite simply, makeup is fundamental to life.”

The Makeup Museum will focus on different pieces relevant to the product’s history across various times in history and from all over the world.

It will also feature exciting new acquisitions, such as “a thousand-year-old Qingbai cosmetic box from the Northern Song Dynasty.”

The exhibition will also feature digital elements through interactive displays and interactive experiences.

“Visitors are encouraged to play with makeup at various opportunities in the exhibition, and can contribute their own creativity to modern installations that pay homage to 1950s makeup,” the website explains.

The Makeup Museum selected the 1950s as their debut exhibition as it was a pivotal decade in American history and played a substantial role in the birth of the modern makeup industry.

The name itself, Pink Jungle, has its own historic origins.

In 1958, the cover story of Time Magazine designated the beauty industry, “The Pink Jungle” as a way of describing the increasingly competitive attitudes between cosmetics manufacturers and the continuing pursuit of beauty by American women in the decade.

The exhibition will take place in the Meatpacking district in Manhattan, New York City, in May 2020, with tickets available for purchase in March.

Ticket costs will range from $25 ($32.95 CAD) to $40 ($52.71 CAD) depending on the time of day as well as the day of the week and whether or not there are additional opportunities for other experiences such as beauty services within the museum or masterclasses.

If you are interested in learning more, supporting, or donating artifacts to the Makeup Museum, there is information on its website.

Additionally, you can join their mailing list to be among the first to learn of the latest updates as well as when tickets go on sale.