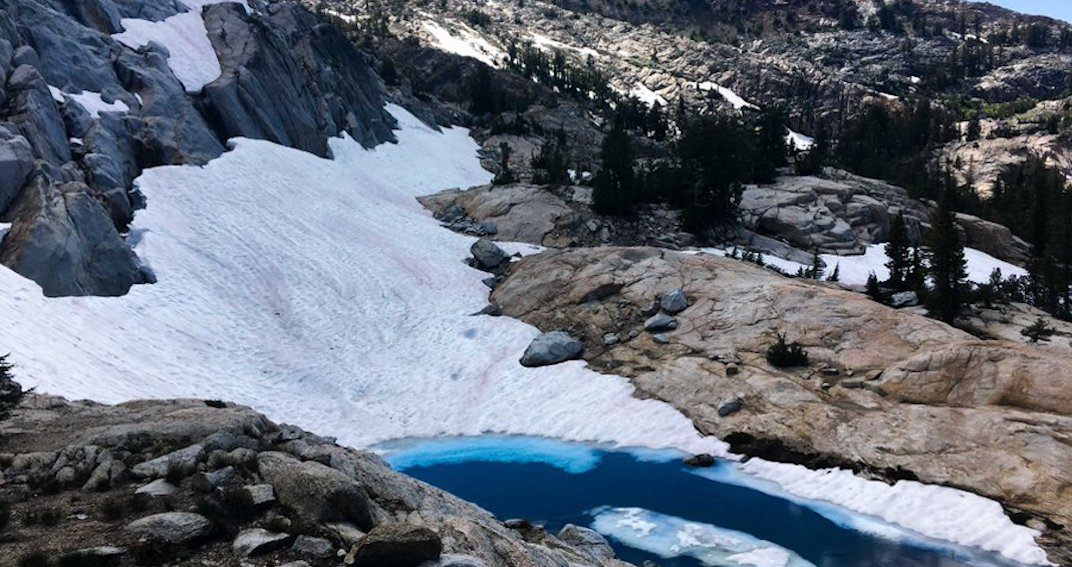 You already know not to eat yellow snow, but now you’re also going to want to avoid eating pink snow.

It might be August, but parts of a popular national park are currently buried under blankets of watermelon snow.

Watermelon snow, which actually looks and smells like the delicious summer fruit, has recently appeared at Yosemite National Park in California.

It may be August, but there is still plenty of snow and ice above 9,500 feet! This reddish colored snow is often called watermelon snow. The red or pink color is the usually green algae’s natural sunscreen, protecting itself from too much heat and damaging UV radiation. pic.twitter.com/bfOSIadT4l

The colourful phenomenon is caused by a species of green algae that contains a red pigment and commonly occurs in alpine and coastal polar regions at altitudes of 3,000 to 3,600 metres, according to The Weather Network.

Yosemite National Park shared on Twitter that the bright red pigment serves as a ‘natural sunscreen’ for the algae by protecting it from damaging UV radiation.

And while you might be tempted to check out the colourful snow in person, experts advise not to eat it as it could contain dirt, microbes, and other bacteria that have the potential to make humans sick, according to The Weather Network.

“Snow that has been on the ground for a couple of days may have chemicals from snow removal, dirt, microbes from the dirt and animal debris.”

Additionally, The Weather Network says footprints and other types of compression can enhance the pinkish-red colour and walking on it can result in the colour being transferred onto clothing.