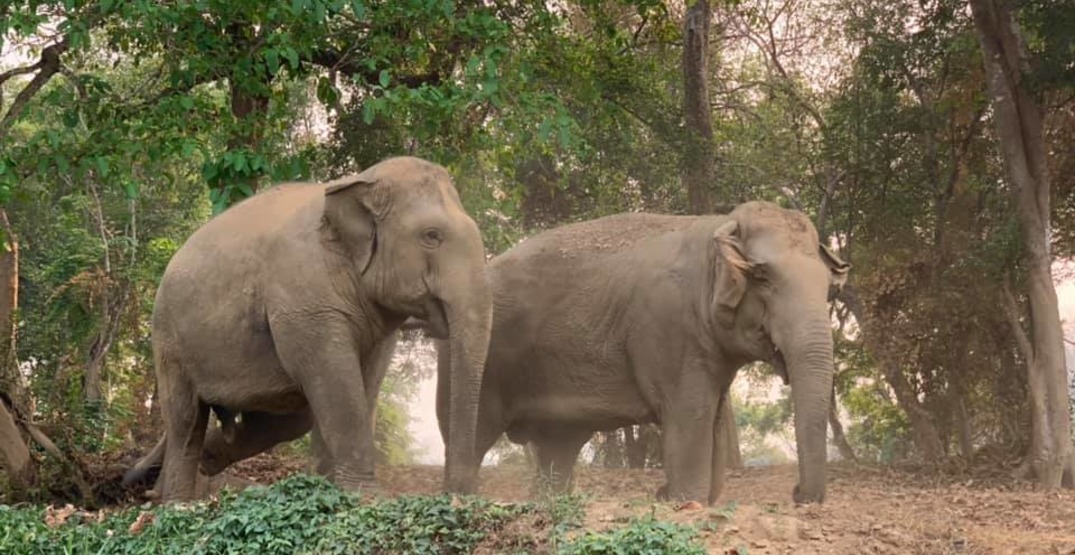 Animals have a way of instantly taking a dreary day and brightening it up with their adorable antics.

Now, viewers can indulge in a daily dose of cuteness by observing the rescue elephants of the Golden Triangle Asian Elephant Foundation frolic, play, and bathe in their natural element.

The foundation’s goal is to improve the lives and welfare of once-captive elephants while also promoting conservation and wild elephant programs to ensure the survival of these magnificent creatures in the wild.

John Roberts, director of elephants at the foundation, came up with the idea of livestreaming these majestic creatures as a way of spreading joy to people from around the world during this time of doubt and uncertainty.

“We’re in the same boat as everyone else,” Roberts said in a video posted to Facebook.

“Life as we know it is pretty depressing at the moment. But it struck me that, even if we do get locked down here in Thailand, we will be locked down on this beautiful piece of land with the elephants.”

Roberts continues that he and his team will be able to experience the delight of bathing the elephants every day and that it dawned on him that he could share this piece of joy with others via livestream.

“Since the technology’s available, and it’s free, we thought ‘why not share it?'” Roberts said.

“Even if only my mother and 20 die-hard fans of the elephant camp watch, then we’ve brightened 21 people’s day around the world twice a day.”

He goes on to say, if 20 million join in and watch, then they will have done something unique and shared something positive.

“Please join us twice a day and watch. We’ll hopefully brighten your day a little bit.”

Users can tune into the footage of the elephants on the Golden Triangle Asian Elephant Foundation Facebook page through Facebook Live at 7:30 am and 4 pm ICT — 5:30 pm and 2 am PDT.

The livestreams will be shared “until further notice,” according to Roberts’ video.

If you would like to donate to support the initiatives promoted by the foundation, you can do so through their website.

The first two livestreams can be seen below: