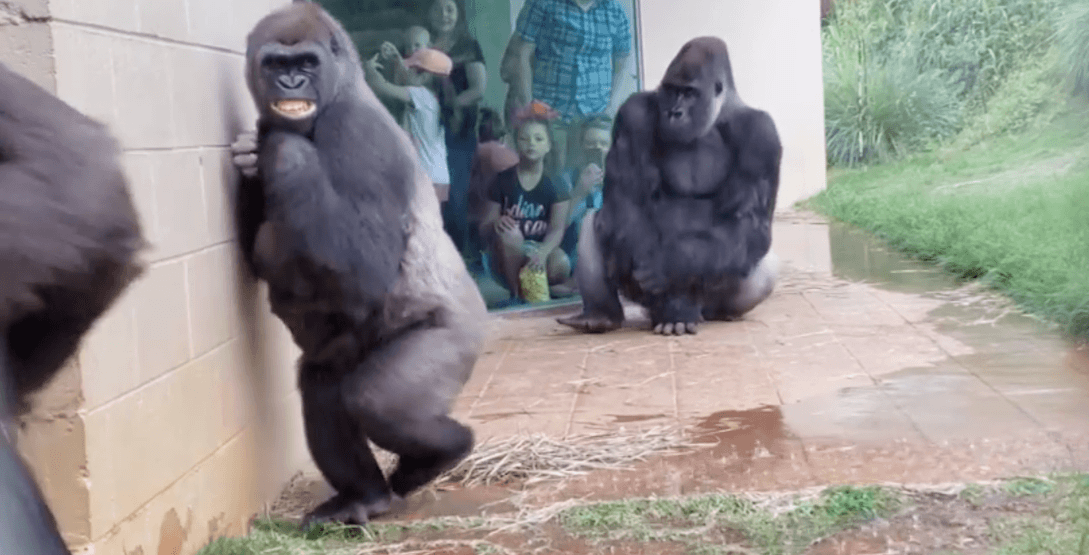 Okay, who isn’t obsessed with gorillas? With a DNA that’s 98% identical to humans, the similarities are uncanny: from their thoughtful eyes to their selective hands to their mannerisms (like how they pose for a selfie).

The ultimate bucket list experience is trekking with gorillas in the wild, but until that’s possible, we’ll have to settle for watching hilarious videos of them on the internet.

This is where zookeeper Brooke Hunsinger comes in, who shared a video of gorillas reacting to rain that has since gone viral with 8.4 million views and counting.

Hunsinger’s caption reads: Gorillas are magnificent, majestic creatures full of grace and beauty… except when it rains 😂

Captured at Riverbanks Zoo & Garden in Columbia, South Carolina, the video shows four adult gorillas and a baby getting caught in the rain and attempting to find cover in their enclosure.

The silverback tries to play it cool by waving his family to shelter, but at the end bares his teeth to reveal he is not so macho after all.

We get it though — rain totally ruins a good hair day.

Share your favourite wildlife photos or videos with us using #dailyhivemapped.