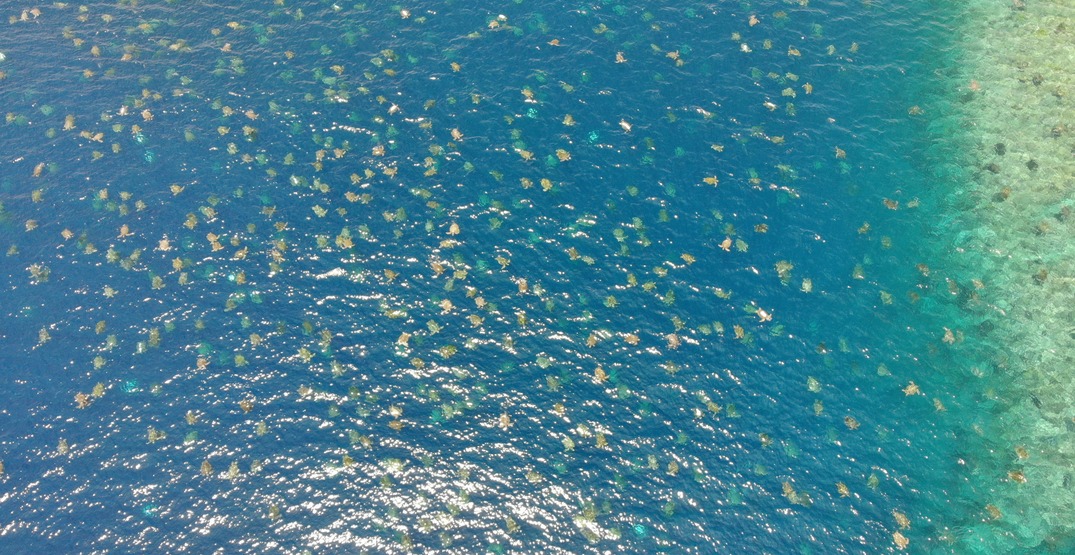 Get ready to witness one of the most magical things you have ever seen in your life.

The Queensland Department of Environment and Science (DES) and researchers at Australia’s Raine Island, home of the largest green turtle nesting area in the world, just released breathtaking drone footage from December 2019 featuring 64,000 green turtles waiting near the Great Barrier Reef to venture onshore and lay their eggs.

The images were part of a research project to conduct an accurate population survey of the creatures.

Dr. Andrew Dunstan, from the DES, stated in a press release that researchers have been examining different methods of overseeing surveys of turtle populations, with drones determined as the most effective manner to conduct these investigations. 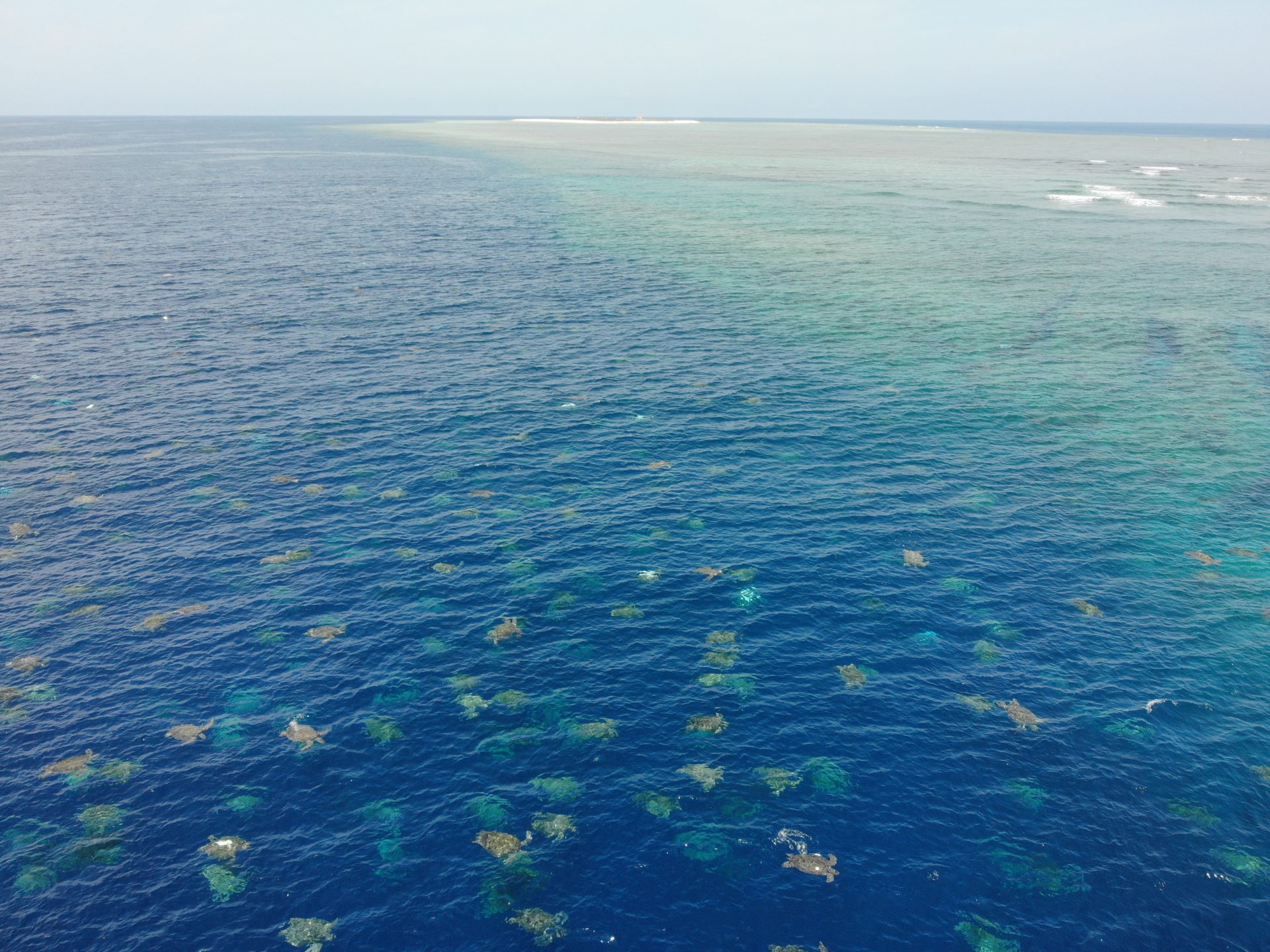 Before the usage of drones, researchers painted white stripes down green turtles’ shells while they were nesting onshore.

From there, they would observe from a boat and count the number of painted versus unpainted turtles. However, “eyes are attracted much more to a turtle with a bright white stripe than an unpainted turtle,” Dunstan describes, which would result in biased and inaccurate counts. As well, in adverse weather, it was more challenging to collect accurate numbers.

“Using a drone is easier, safer, much more accurate, and the data can be immediately and permanently stored,” he explains. 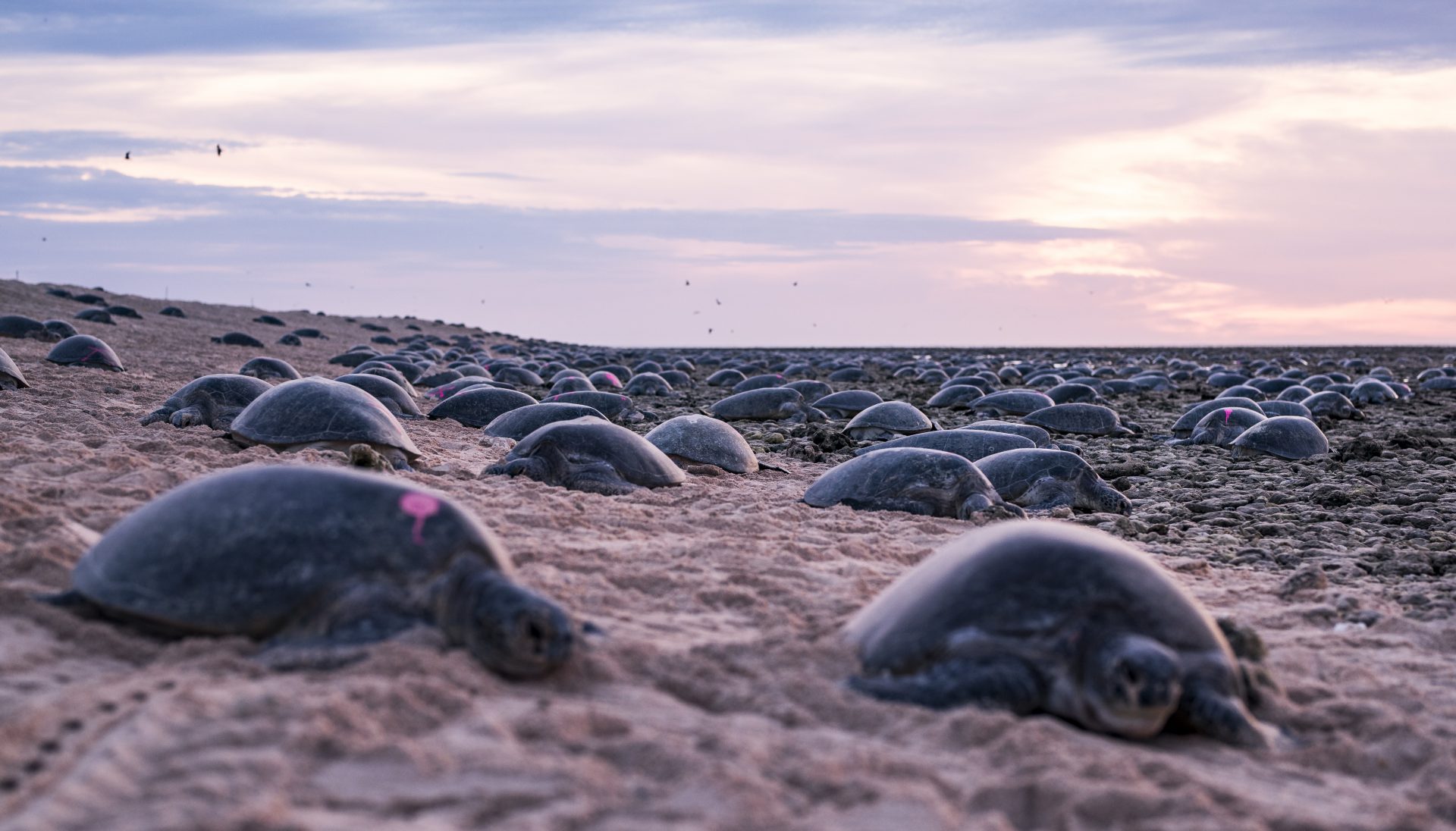 By utilizing a drone, the footage it captured was able to be analyzed in a laboratory, which allowed for a more accurate estimation of the number of painted turtles over those that weren’t.

Anna Marsden, Managing Director of the Great Barrier Reef Foundation, commended the team for its initiative and data.

“We’re seeing the world’s largest aggregation of green turtles captured in these extraordinary drone images that are helping to document the largest turtle numbers seen since we began the Raine Island Recovery Project,” she stated. 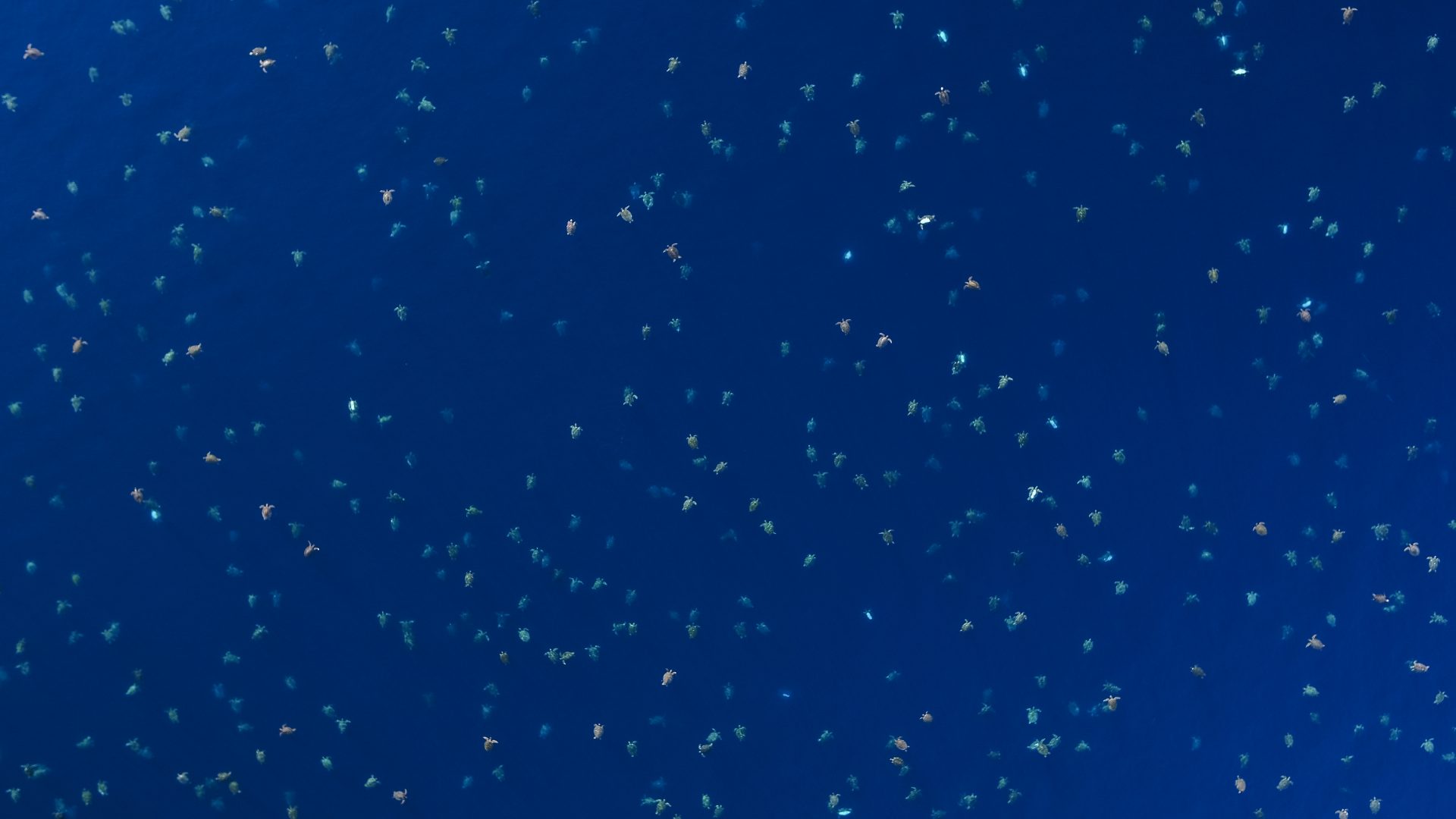 Marsden continues that this crucial research will contribute to the preservation and restorative efforts of Raine Island, a critical habitat for these turtles. Such efforts include rebuilding the island’s nesting beaches, constructing fences to prevent the deaths of turtles.

Without further ado, admire the footage for yourself and take a moment to appreciate the majestic and enchanting nature of these beautiful creatures.