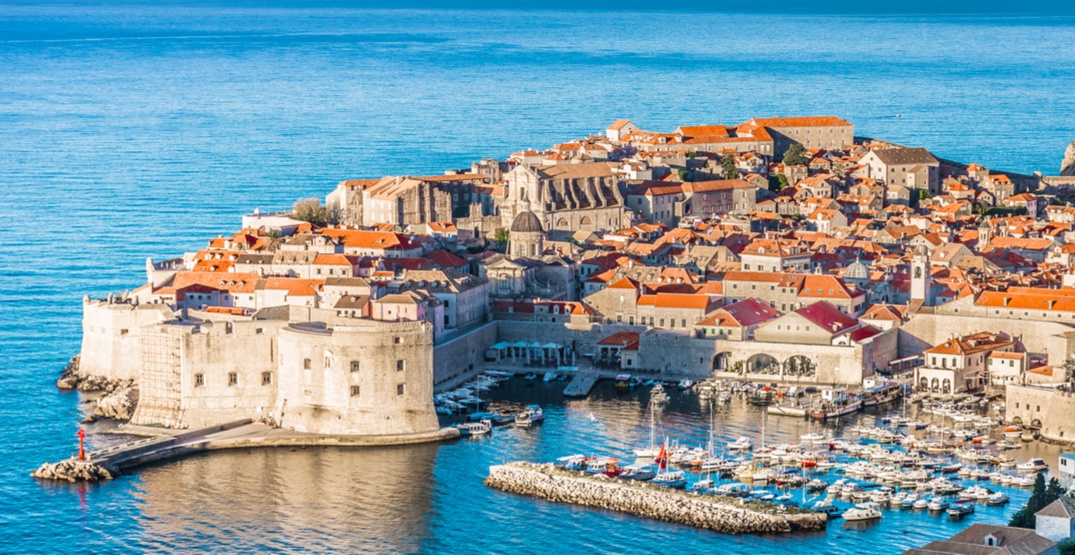 Epic fantasy requires epic backdrops. And that’s why Game of Thrones is shot all around the world, from the fortified walls of Dubrovnik, to the wild coastlines of Ireland and the windswept vistas of Iceland. So, it’s not too hard to imagine where the ancient houses of Westeros would live if they existed IRL.

Whether you swear allegiance to the King in the North or you’re on the Lannister’s payroll, with season eight premiering on April 14, here are the destinations you should visit in the non-Westeros world, based on your GoT House loyalty.

If your allegiance lies with the Starks, Scotland should be your next destination. Adorned with rolling green hills, rugged mountains and unspoilt lochs, the jaw-dropping Scottish scenery reflects the harsh beauty that is “the North.”

In addition to the beautiful wilderness, Scotland boasts at least a millennia of history and culture; ancient castles reign historical lands, the traditional Scots Gaelic tongue continues to thrive as elegant sounds of bagpipes fill the air. For those of you who truly believe Winter is Coming, make sure Scotland is your next journey abroad before the White Walkers arrive… or will they?

Is your skin in desperate need of Dornish sun? Then you’ll feel right at home in Seville, Spain. If you want to channel your inner Dornish royalty, take an afternoon stroll through Plaza de España or the beautiful gardens of the Alcázar of Seville where the location of the Water Gardens – House Martell’s private estate – was shot for the show.

This picturesque Andalusian city is famous for its gorgeous historic architecture, hot, sunny climate and Spanish charm. Any true Martell would add Seville to the top of their travel bucket-list.

As the current ruler of the Seven Kingdoms, your devotion to House Lannister shall send you to Dubrovnik, Croatia. No other place on (real) Earth could stand in for King’s Landing, the political heart of Westeros, given that this spectacular, seaport city has been the major film set for the show’s capital.

Dubrovnik is a vibrant Mediterranean getaway for anyone seeking warm sunshine, shimmering blue waters, an ancient atmosphere, and dazzling Croatian scenery. If Cersei allows it, perhaps you could sail along the Dalmatian coast or indulge in a seafood feast? The Lannisters may be under constant threat by its enemies, but there’s nothing wrong with pulling a Tyrion and treating yourself. In his wise, witty words, “everything’s better with some wine in the belly.”

Are you a sturdy, sea-bred Ironborn? It’s time you were sailing (or rather, flying) off to Norway, a Scandinavian country known for its majestic fjords, cold weather and deep surrounding seas. The occasional stormy waters and jagged mountains of Norway’s Lofoten Islands would steal the heart of any Greyjoy.

Norwegian history is reigned by the legendary Vikings, warriors who once dominated Scandinavia and invaded foreign lands with brute force. There is no doubt that these fierce Norse seafarers were the real-life equivalents of Iron Islanders, so unleash your inner Ironborn and set off for Norway now!

If your heart resembles a golden rose, you should make a beeline for France. The luxurious French countryside blooms with a beauty only House Tyrell could truly appreciate, and the abbey of Le Mont-Saint-Michel in Normandy exhibits a grandeur worthy of Highgarden status.

Indulge in some Beaujolais wine or explore Bordeaux in-depth; from rolling vineyards to majestic cities, France is undeniably the Reach in the eyes of those pledging loyalty to the Tyrells.

Do you pledge yourself whole-heartedly to the crowned, black stag? Then it’s time to visit Ireland; a land shaped by rocky sea cliffs and dominated by jagged, emerald terrain. This glorious landscape is host to thousands of castle ruins, grand mountains and stormy seas, all reminiscent of the Baratheon homeland – the Stormlands.

The Emerald Isle is fuelled by a festive culture of cuisine, performing arts, literature and folklore all waiting for you to experience first-hand; sip a pint of Guinness, hike the Wicklow Mountains or try your luck at traditional Irish dancing. If you proudly carry the Baratheon Sigil, make Ireland your next stop.

Those with fire coursing through their veins will know that while Old Valyria may be destroyed, Targaryens will feel right at home in New Zealand. A landscape fit for dragons and their mother, New Zealand is home to an array of mountain ranges, volcanoes, hot springs and lakes.

You could touch the sky at Tongariro Alpine Crossing, cruise through Milford Sound or learn about indigenous Māori culture in Rotorua. Targaryens aren’t known to be thrill-seekers (except if you count riding dragons), however, you may be tempted by the countless adventure activities on offer like bungee-jumping or giant canyon swings. Mix fire with adrenaline and fly Drogon to New Zealand for your next getaway.

Did you take an oath and renounce all allegiances to join your sworn brothers at the Night’s Watch? Then there’s no doubt that you’ll want to head to Iceland. Various scenes from beyond the Wall were actually shot across the Icelandic landscape, including Svínafellsjökull Glacier, Grjótagjá and Stakkholtsgjá Canyon.

This island country is also considered to be one of the best and safest countries in the world to live, so that means you probably won’t be finding any White Walkers around. It’s time to temporarily relieve yourself of Night’s Watch duty and plan your Icelandic escape before getting back into the fight in season 8. Remember, the Army of the Dead is coming!