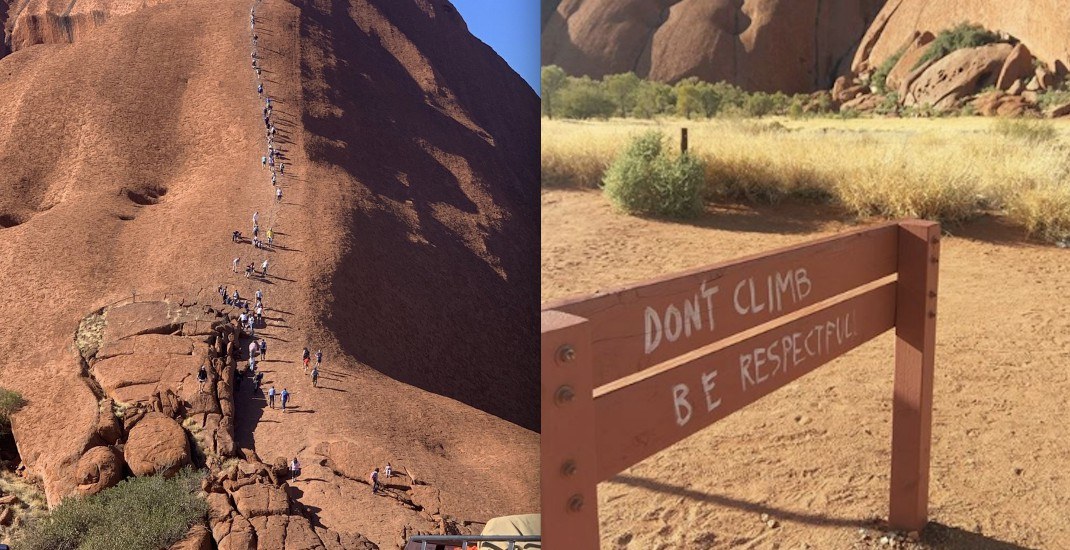 Tourists are rushing to climb a sacred sandstone rock formation in central Australia known as Uluru — or Ayers Rock — before it permanently closes to the public.

According to a report from Australia’s ABC News, tourists are overcrowding Uluru while leaving behind their trash, trespassing, and illegally camping.

The world-heritage listed site is sacred for the Anangu — the traditional Aboriginal landowners of Uluru. The Anangu have asked the public multiple times to respect their wishes and the rock’s cultural significance by not climbing it.

The requests have been disregarded by tourists who have been overcrowding Uluru, despite signage requesting visitors not to climb the sacred site.

A friend of mine is down at Uluru at the moment & sent me this picture – saying it’s the busiest they’ve seen it, & there’s cars parked either side of the road for about 1km leading up to the car park at the base. pic.twitter.com/3cGQVUTYHd

In November 2017, the traditional owners of the land and the Uluru-Kata Tjuta National Park Board announced the decision to close the climb. The rule officially goes into effect on October 26, 2019.