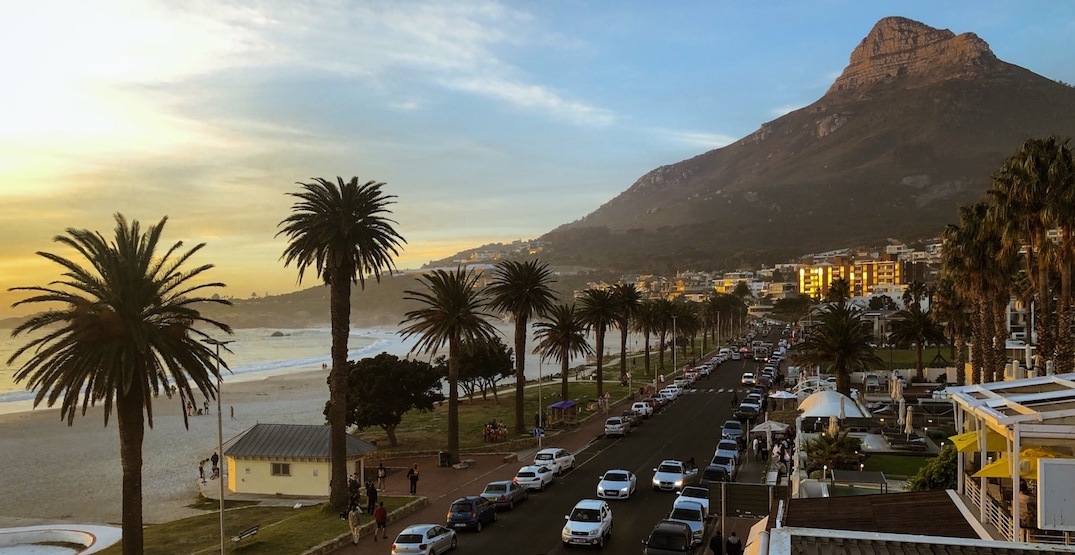 Simply put: Cape Town is where it’s at.

This city is vibrant, trendy, and artistic. It’s edgy, glamorous, and exhilarating. It’s a haven for foodies, outdoor enthusiasts, wine lovers, adrenaline junkies, creatives, and everyone in between.

The diversity of the Mother City is what makes it so unique and captivating, but one of the main questions people ask about travelling in Cape Town is: Is it safe?

There are risks associated with travelling in any city, and any local will tell you that this is also true in Cape Town. Incidents can happen no matter where you are in the world, but in Cape Town there are a few simple rules that will help keep you and your belongings safe to the best of your ability.

Anyone who travels with an open mind and safety as a priority will fall in love with Cape Town, we can all but guarantee it. Here are five tips to ensure your experience is nothing short of incredible.

Unless you are in a secured area, stick by this crystal clear rule: Don’t stroll solo after the sun sets. Even the safest neighbourhoods like Green Point and Sea Point can present certain risks, so travel in packs or use a secure method of transport. 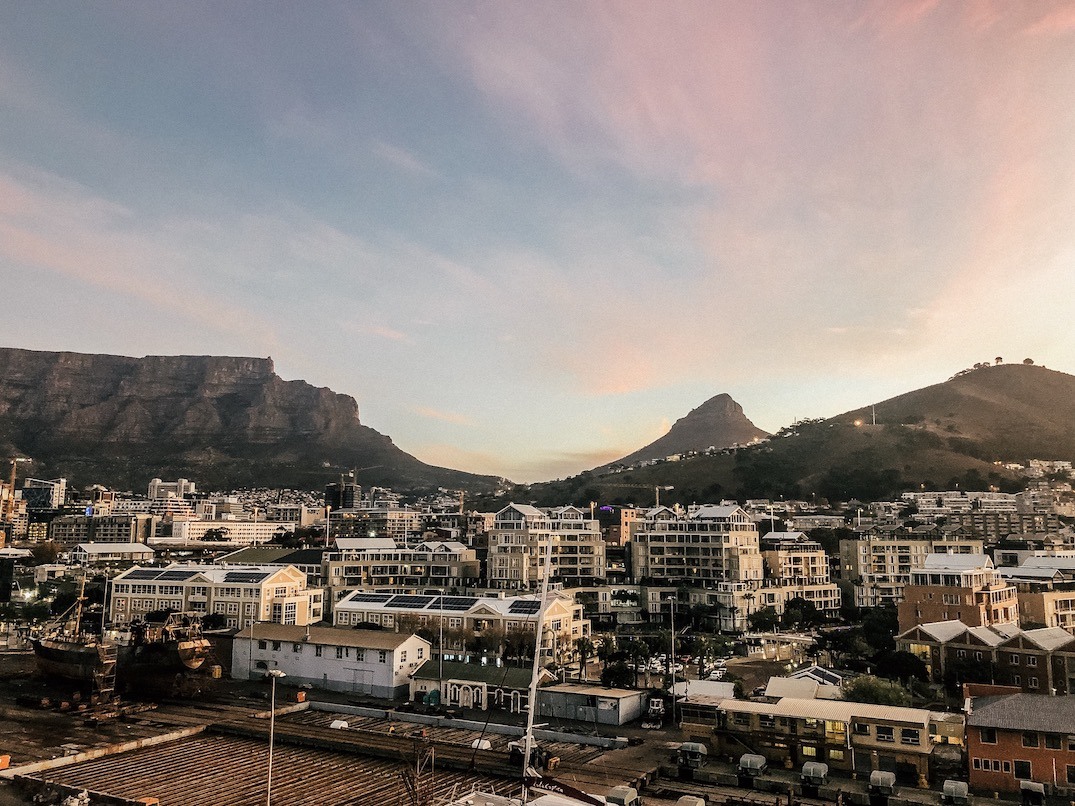 Uber is generally safe in Cape Town. The taxi system can be questionable and there is a possibility of getting ripped off.

You can book a taxi through a reliable operator such as your hotel, or you can use Bolt (the new Taxify), which is a booking service but provides less credibility and guarantees compared to Uber.

Ubering means there will be digital documentation of your whereabouts, the driver has been verified, and you will never have to walk alone at night (as per rule #1).

In order to abide by rule #2, having a sim card is critical. You can usually find Wi-Fi at most establishments, but you shouldn’t bank on that; purchase a SIM card so you can catch an Uber at any point, Wi-Fi zone or not.

Phone packages start at less than $12 CAD from carriers like Vodafone and MTN, and you can pick up the card right in the airport or at the many vendors throughout the city. You will also be able to keep better track of where you are and where you’re going with constant access to the Internet. 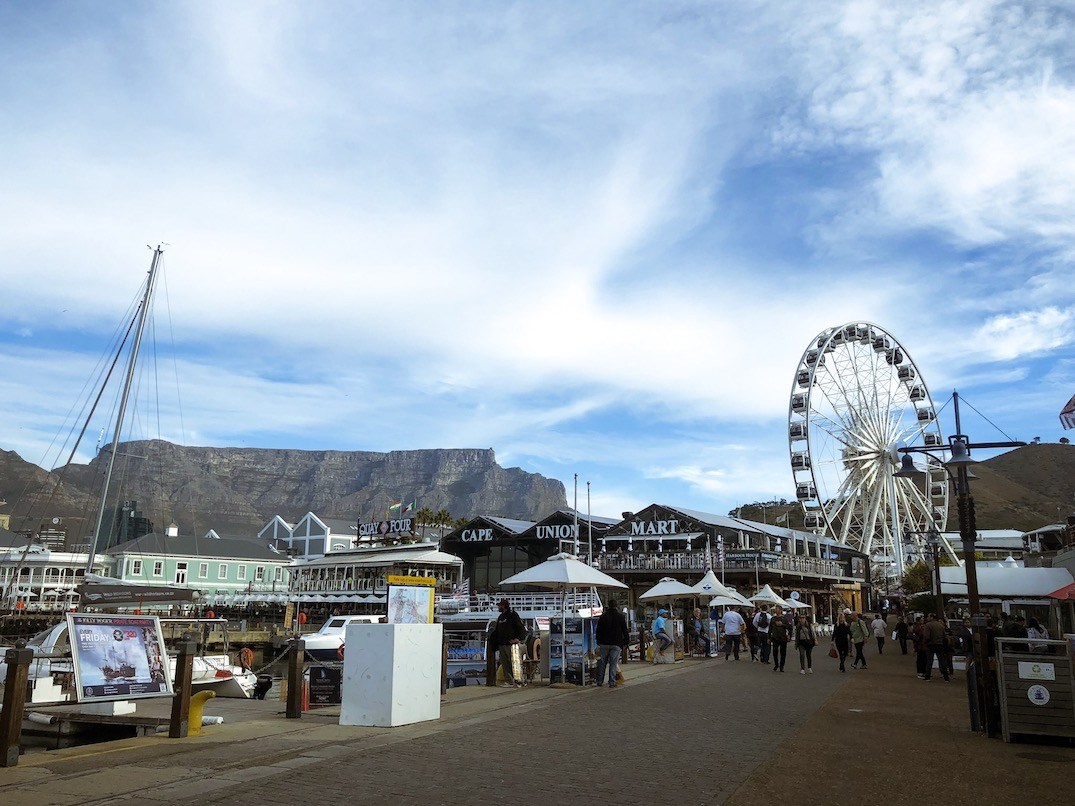 Cape Town is full of incredible areas, and in order to get the full scope of this world-class city, you should see as many of them as possible. It is relatively safe to explore areas like Green Point (home of Atlantic Point Backpackers — the best hostel in town), Sea Point (bagel sandwich at Kleinsky’s deli — mmm), and Camps Bay (sunset bevvies at Chinchilla rooftop for the win). There are many tourists at V&A Waterfront, and this area is safe to shop, dine, and stroll. 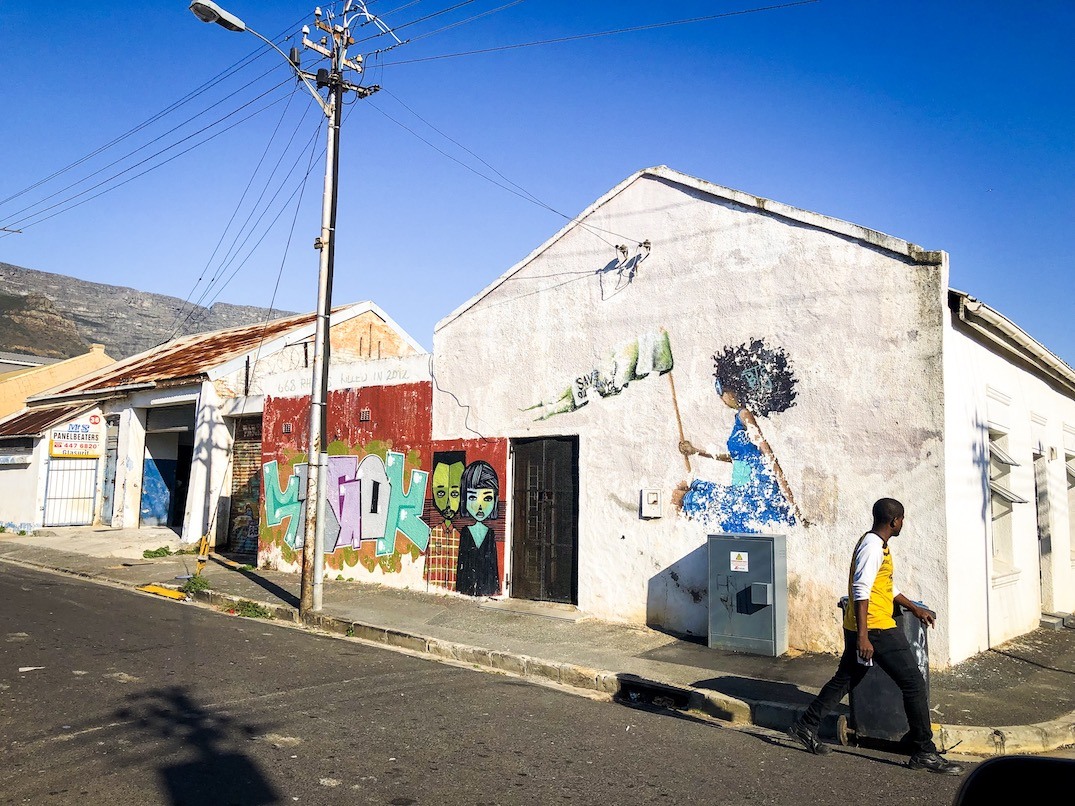 However, in other areas, it is advised to explore only in groups of four or more, or only during the day. The artsy neighbourhood of Woodstock is better explored with a reliable local guide such as Kiff Kombi Tours, as is District Six. Going with locals will help you know which parts are dodgier than others, as even if you keep your wits about you, it’s always a good idea to be with someone who knows the ins and outs of each area.

Partying on Long Street should never be approached unless travelling in a group. Even the tourist-centric neighbourhood of Bo-Kaap, while it is historically fascinating and an Instagrammer’s heaven, should be done with caution, due to recent incidents of crime. 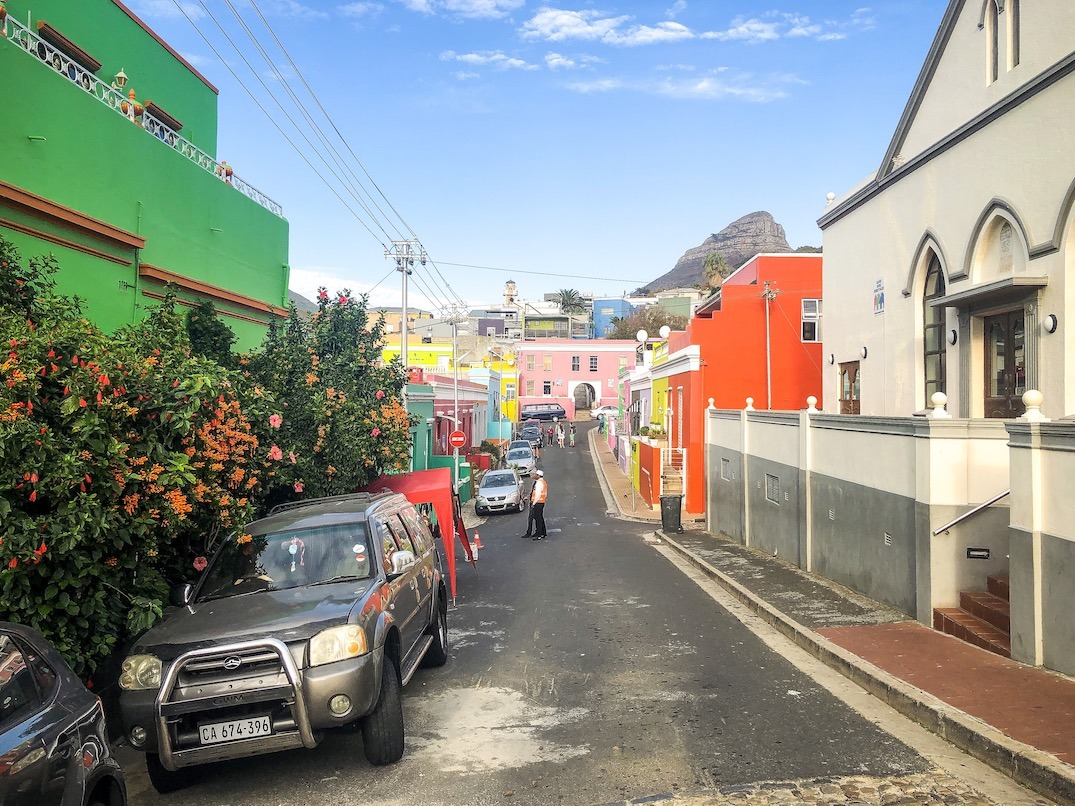 South Africa’s recent history, during the apartheid period, forcibly divided the population both physically and socially based on their race. The country has been rebuilding and working on re-uniting its people since the practice ended in the early 1990s, but problems persist that will take more than a couple of decades to resolve. Inequalities are an ongoing struggle in South Africa, and many of its citizens will talk openly about the challenges they or their loved ones face.

As a result of this government-led segregation, many people are still living in impoverished areas known as townships. These are areas that are typically built on the outskirts of cities, and during apartheid, non-white people were forced to make these areas their home. There are tours that can show visitors around certain townships in order to educate them on how members of the population were forced to, and still do, live. Crime is statistically higher in the township areas and in general, they should not be entered without a trusted local or guide. 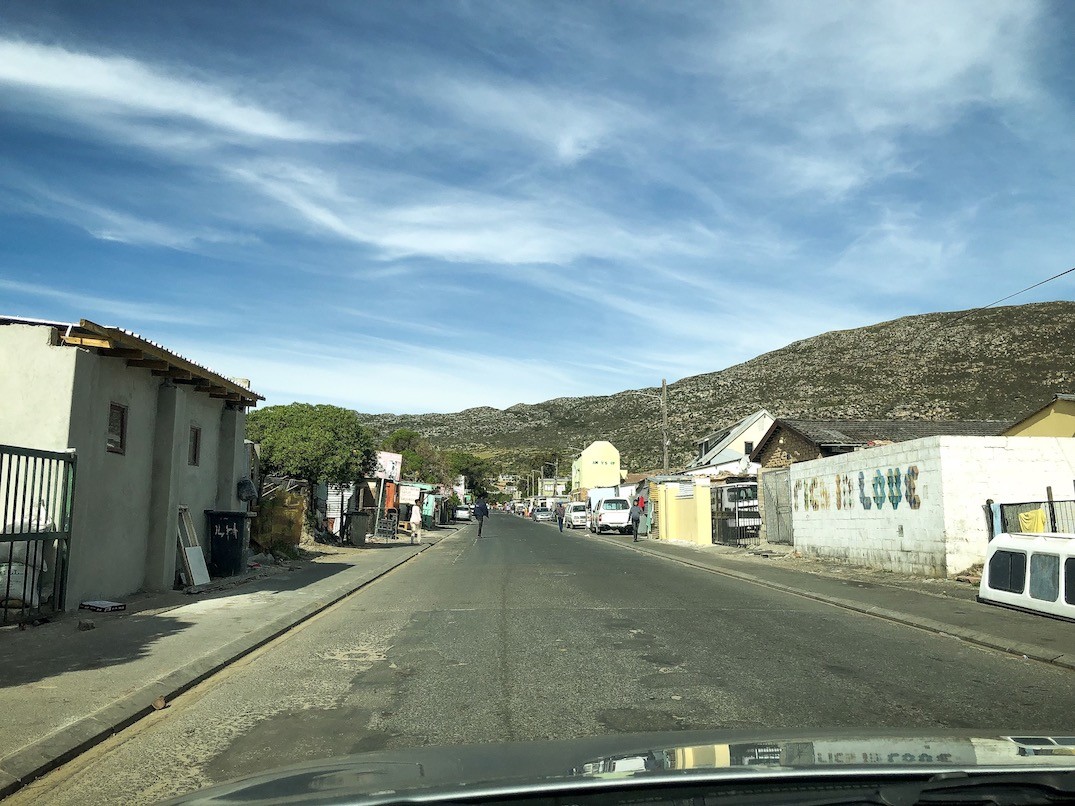 We would never dare to advise against partying in Cape Town. Sunsets here are a daily phenomenon and the city comes alive in a different way at night. Drinks are flowing in areas such as the trendy Kloof Street (check out Yours Truly, Tiger’s Milk, or Asoka), rooftops in V&A such as Radisson Red or Silo Hotel, or the open-air bars of Long Street such as SGT Pepper or Beerhouse (which locals love to hate, but can’t seem to stay away from).

There ain’t no party like a Cape Town party, but just make sure you are again, abiding by rule #1 – even when bar hopping between venues, make sure you are in a pack or just hop in a one-minute Uber. Keep your wits about you, don’t let things get out of control, never leave your drink unattended, and drink responsibly — but that’s a good practice anywhere on the globe. 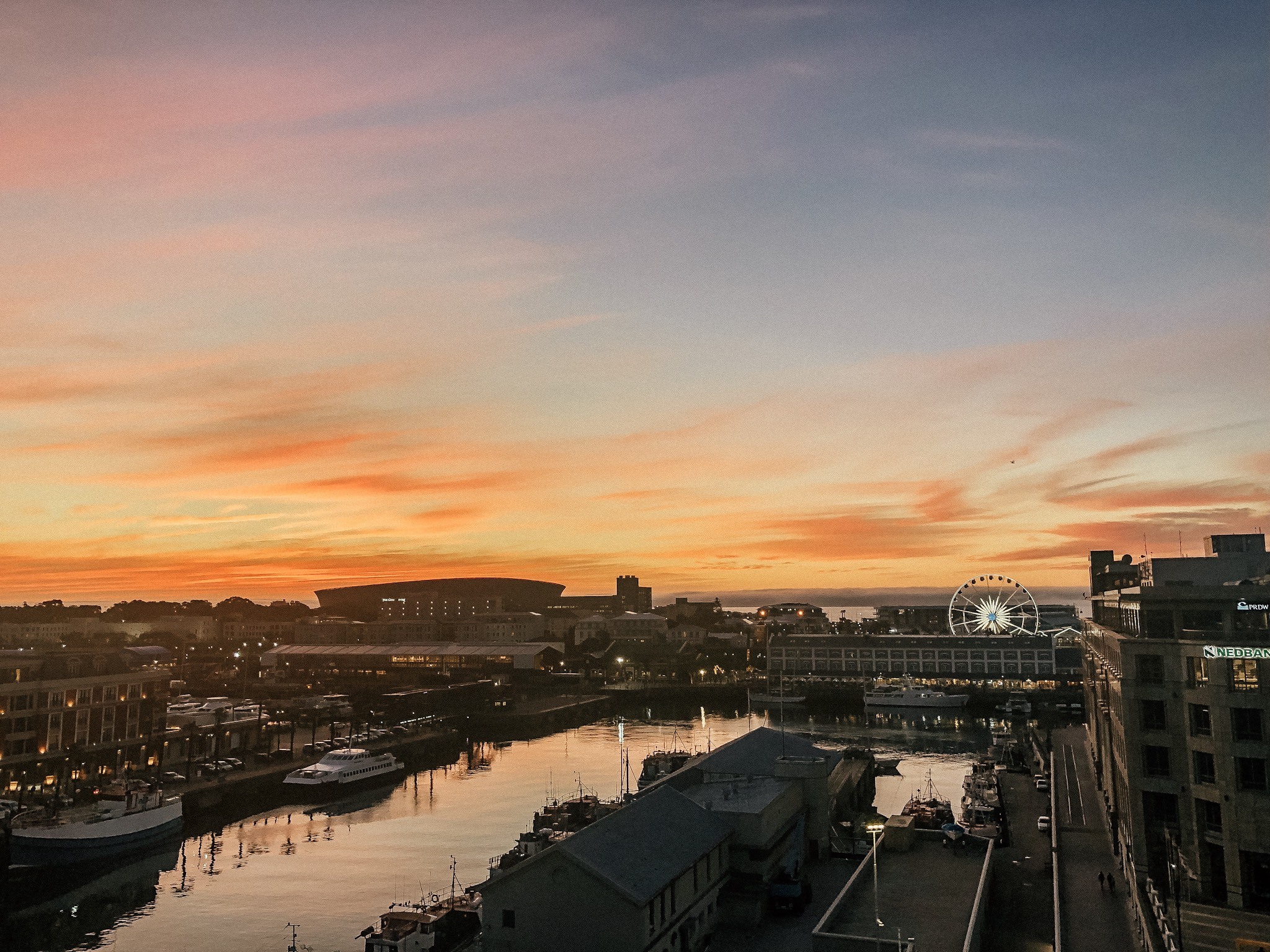 Nothing should stop you from having anything less than an epic, exhilarating, breathtaking time in Cape Town. When in doubt, ask around, go with a credible tour or a trusted group of travel buddies. And always trust your gut — if it doesn’t feel right, it probably isn’t.

If you abide by these rules, you will be taking the necessary precautions to make your experience the best that it can be. Cape Town is a spectacular place and we promise you will never want to leave!