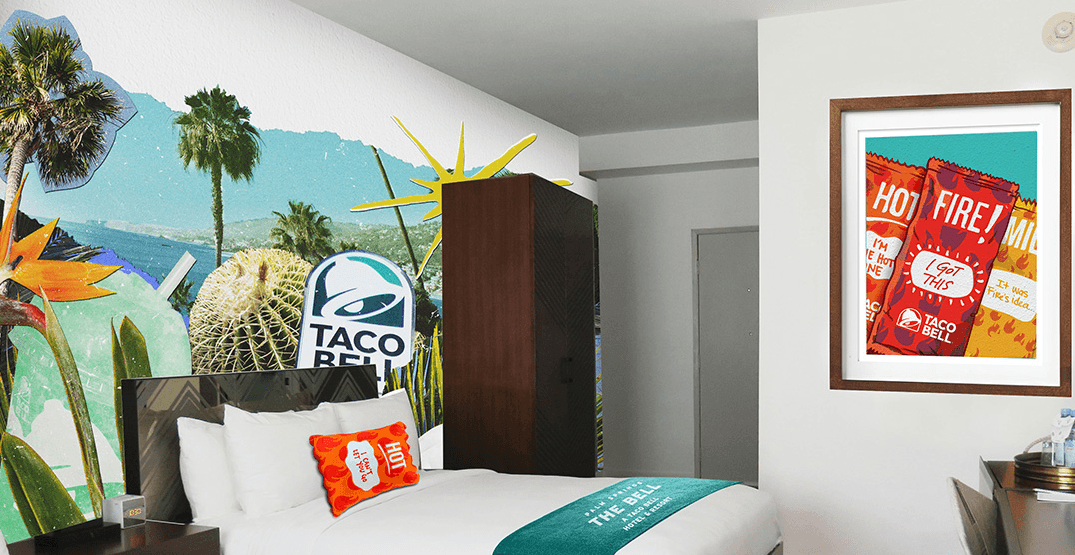 All images courtesy The Bell: A Taco Bell Hotel & Resort

Calling all taco aficionados: for four-days only, America’s best-known fast-taco chain is opening doors at “The Bell: A Taco Bell Hotel & Resort” in California.

If a potential stay has you salivating, you’re out of luck because all 70 rooms at this ultra-tasty hotel (which is a takeover of the V Palm Springs Hotel) sold out in two-minutes flat.

But, we’re here to “spill the beans” before the hottest getaway of the summer gets started (check-in is this weekend f0r the lucky guests)! 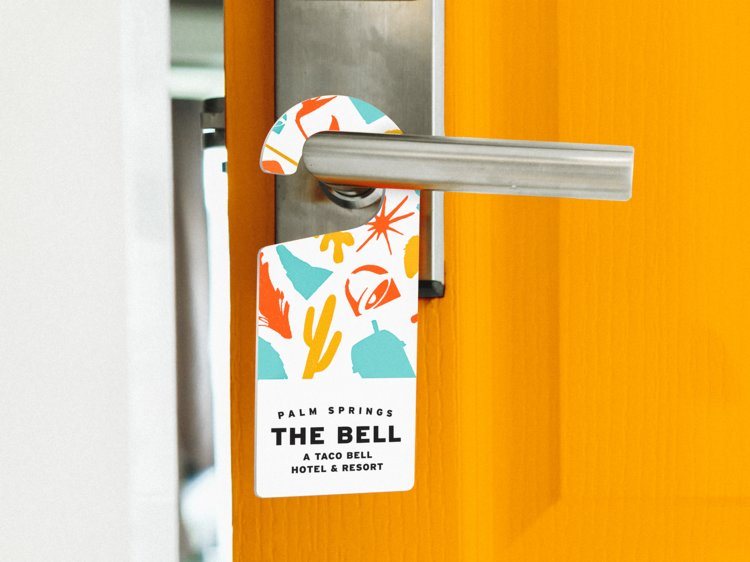 Sleeping two or four per room, the 70s inspired suites are a modern-and-sleek Instagrammer’s dream. Details include exclusive Taco Bell themed art, limited edition “The Bell” blankets, and most importantly, a mini-fridge stuffed with classic Taco Bell eats for those late-night cravings. 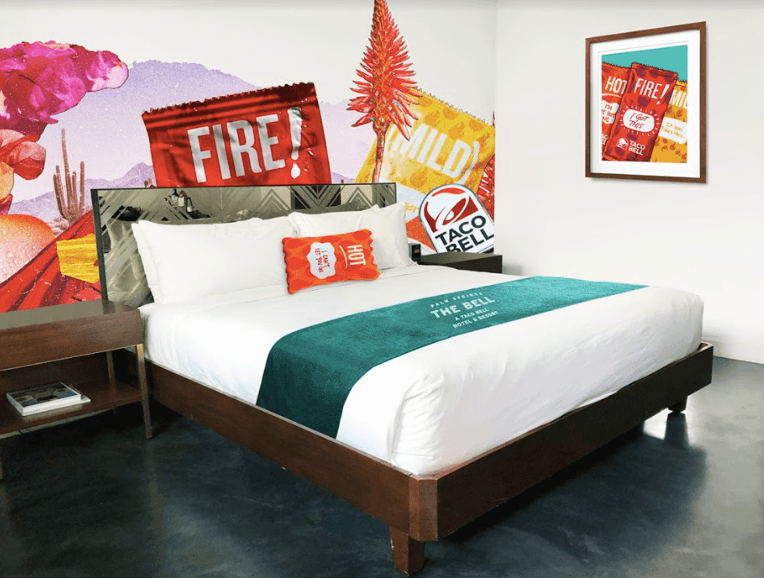 Guests will be looking extra spicy as the hot sauce packet float reigns supreme at this ‘Fire!’ pool (no donut or pizza inflatables to be found here). The pool-side Baja Bar is also sure to be a hit, serving up plenty of adult-beverages, alongside limited edition items like a Baja Blast Birthday Breeze. Did we mention there’s daytime DJ pool parties? 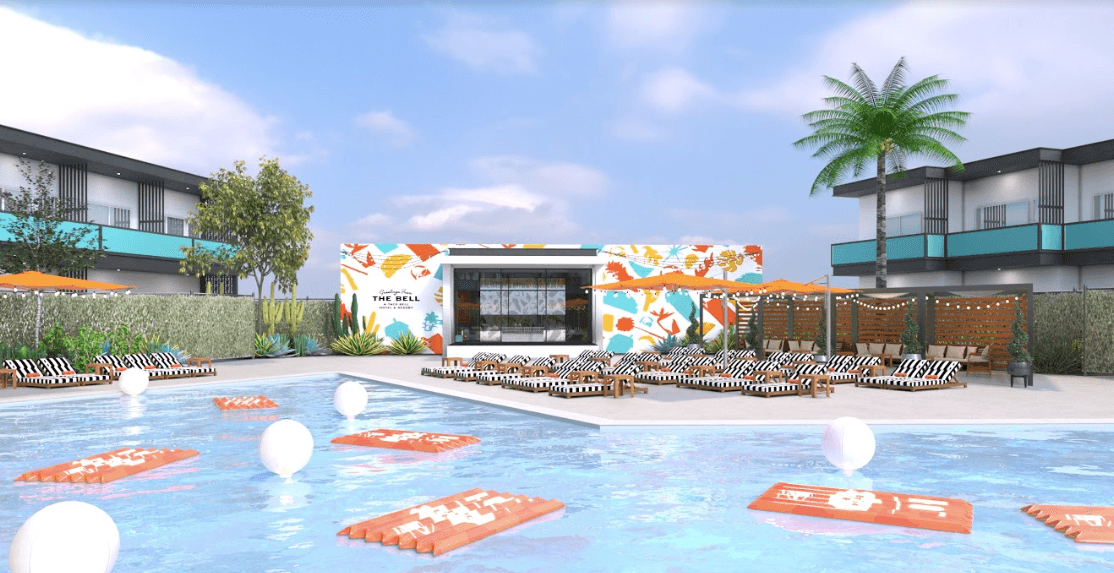 There will also be plenty of evening entertainment, including dive-in movies, and musical performances by indie artists Wallows, FLETCHER, Wethan and Tate Tucker. 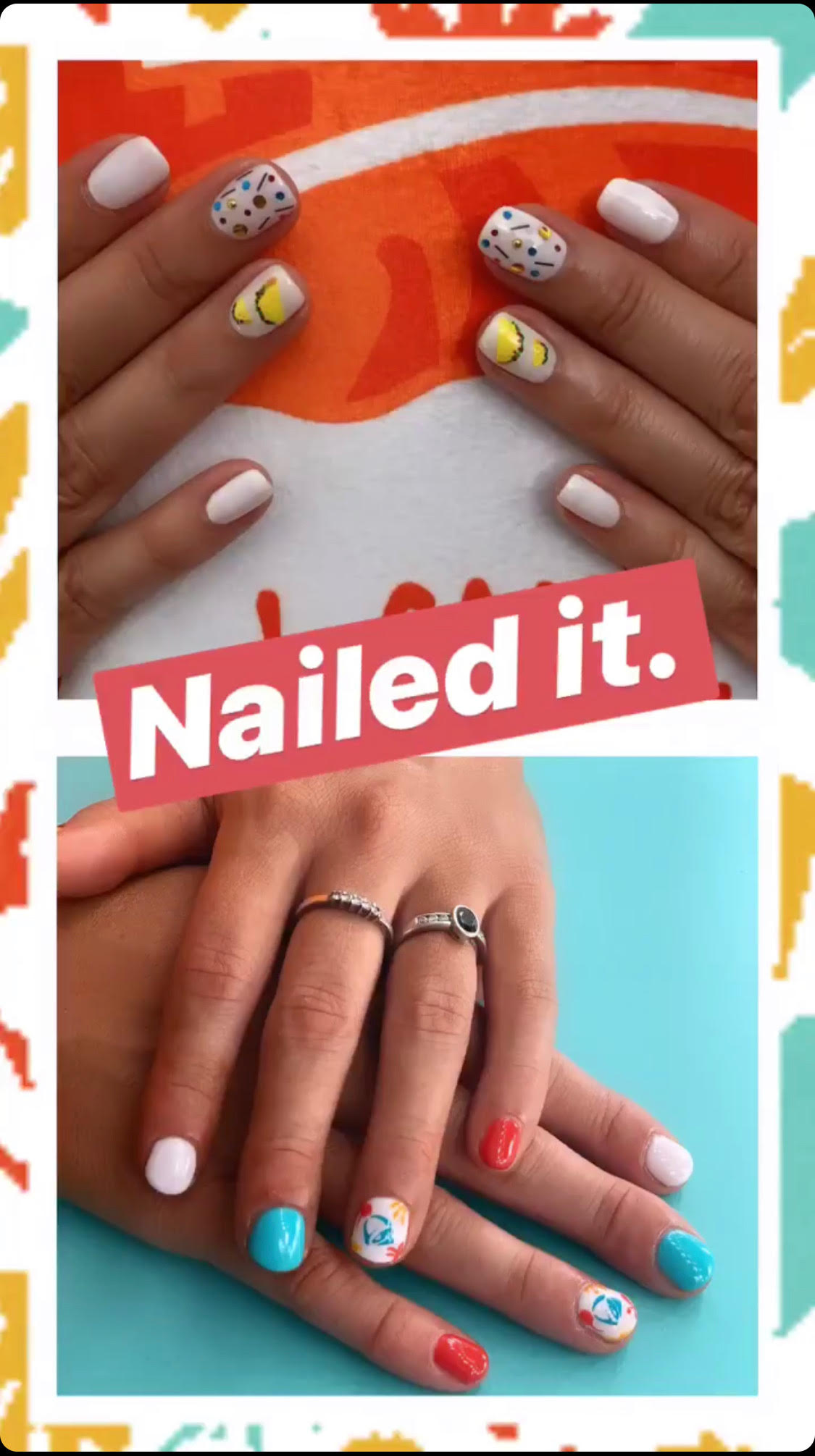 This isn’t your average Taco Bell fare. Chef Rene Pisciotti, who’s been with the company 12 years, has been hard at work to bring fans a whole new culinary experience.

“Let’s be honest, food is the best part of traveling,” he was quoted as saying.

The unique offerings, not available at Taco Bell locations, include items like the Toasted Cheddar Club with crispy chicken, jalapeno bacon, avocado and cheese served with a side of nacho fries. 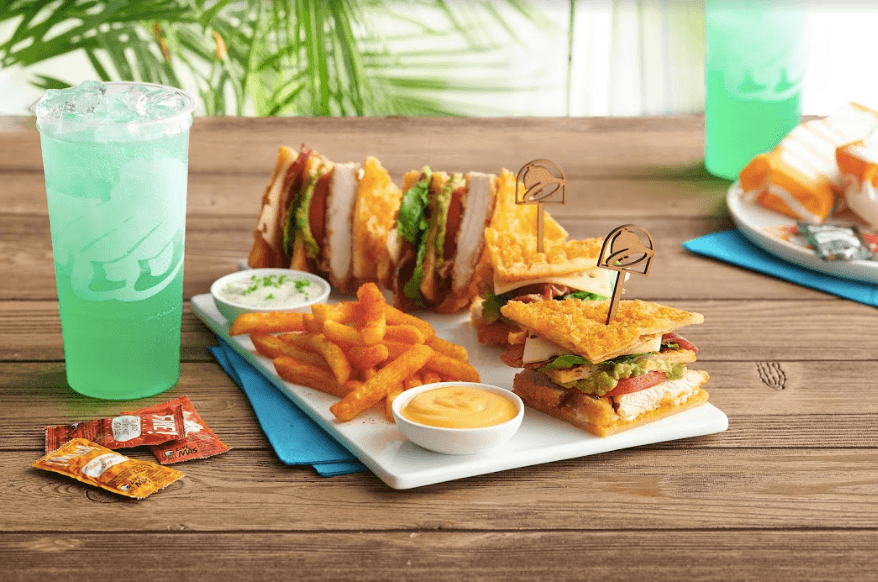 The Avocado Toast-ada, which is the classic fare topped with diablo puffs: 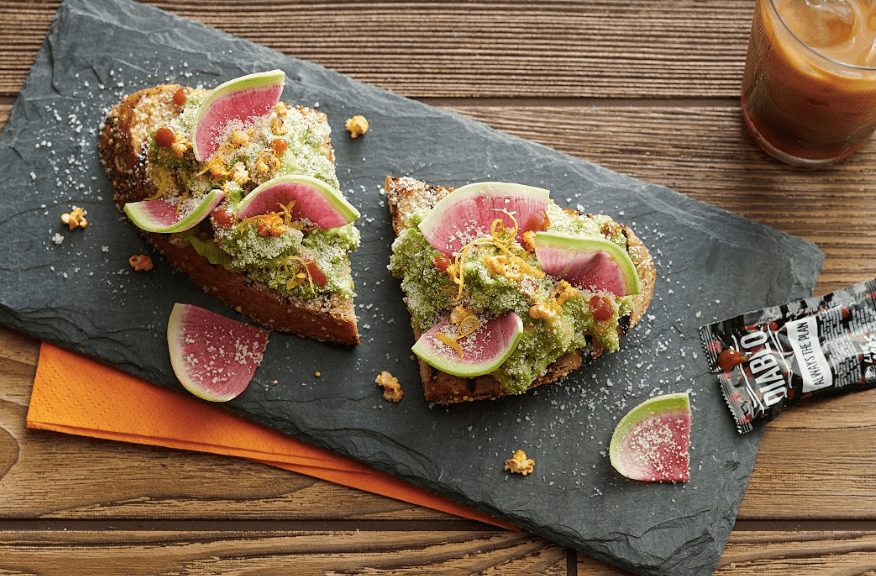 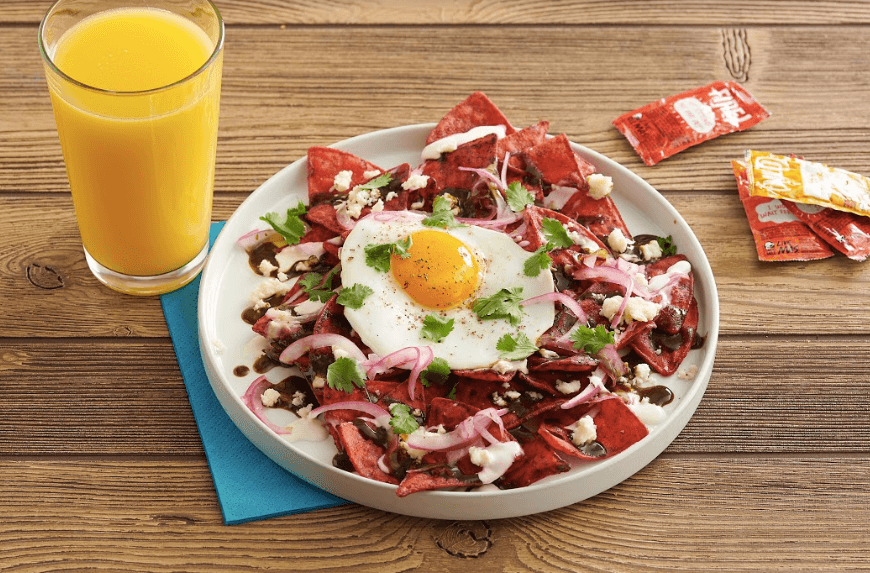 There’s also — as expected — a build-your-own taco bar available at all hours.

Tasty is the theme at this gift shop! Fans can rock chic, limited edition swimsuits (part of a collaboration with Insta-worthy L*Space), ‘hot sauce’ trunks, taco slides and plenty of graphic tees. 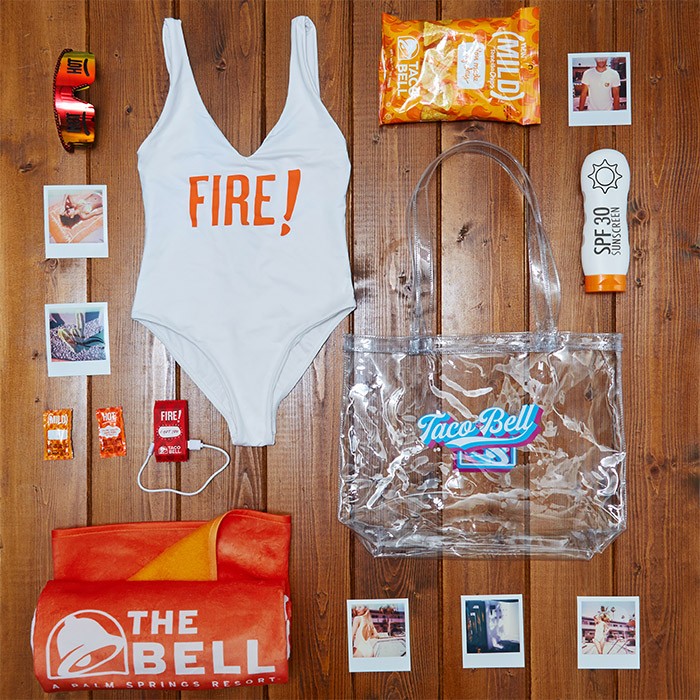 For those of us who can’t make this taco-oasis, we’ll be tuning in on Instagram as the festivities are just getting started!