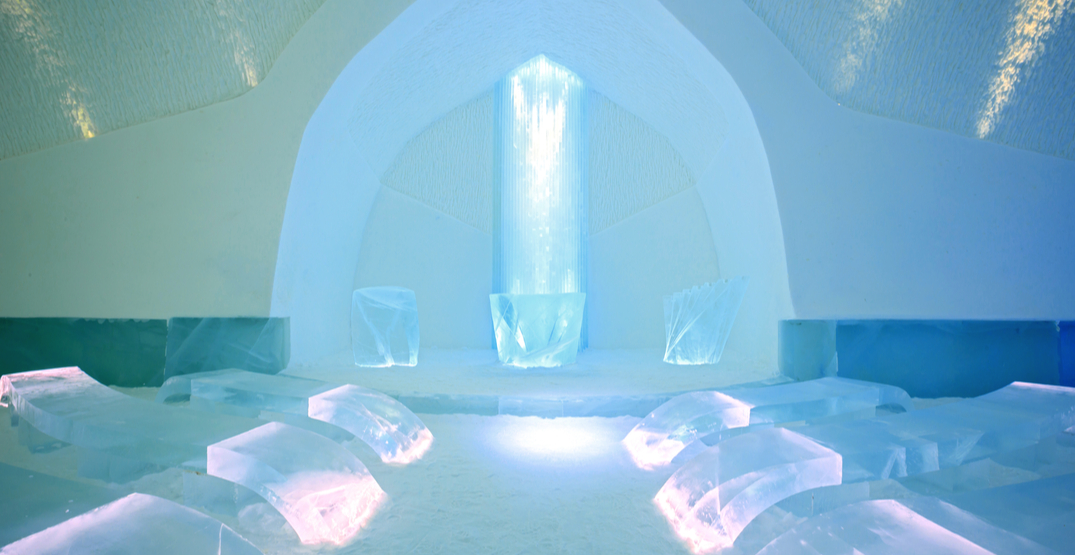 For officially 30 years, Icehotel in Sweden has been maintaining an optimum level of chill.

The hotel’s team is holding no punches in ensuring that this anniversary will be memorable.

Every year since opening, the hotel has been reincarnated into some variation of whimsical winter wonderment with new outstanding art for guests to behold.

Annually, it is a busy and intense time between November and December in the village of Jukkasjärvi — located 200 kilometres north of the Arctic Circle — as the once vacant space along the riverbank of the Torne River is transformed into a spectacular hotel constructed of ice and snow.

Guests can stay in this winter escape between December and April. During those months, people from all over the world venture to view the art before it inevitably melts in the spring and the river returns.

There is a beauty in the non-permanence of the artwork as well as the hotel itself. It’s only available for a limited amount of time.

As famous poet Robert Frost — get it, frost? — wrote, “nothing gold can stay.”

The winter hotel hosts twenty standard ice rooms as well as 15 art suites, each uniquely designed and carved by hand.

According to the Icehotel website, “The artists, perhaps from Kiruna, Germany, UK, or the US, have been picked from over two-hundred applicants and invited to make the suite you’ll be sleeping in. Each suite is unique and has never been created before.”

The standard rooms come with décor made entirely of ice as well as a bed made of ice.

“I wanted to create a feeling of being embraced and protected by the ice,” Johan Larsson, the artist of the standard rooms says. “A good night’s sleep for all guests.”

Visitors can also stay in the hotel’s Ice Ceremony Hall, an intimate venue that sleeps between 35-40 people and features a stunning altar made entirely of extraordinary natural ice and ceilings and walls constructed of snow.

It is also a unique and beautiful site for couples to renew their vows or to host a “solemn blessing ceremony,” the company’s website suggests.

“Together with the rest of the building, it returns to the river in spring, but love is eternal,” the site reads. “The ephemeral nature of the hall adds to the sensation – when no architectural memento exists, the memories and the vows exchanged are especially cherished.”

The hotel has experienced this yearly transformation since 1989 when the original art exhibition was built.

It has now evolved to become a hotel, unlike any other in the world.

“On a cold winters day, all of our warm cabins were booked for the night, but we had a group that wanted to stay the night. I suggested that they could sleep in the cold Artic Hall,” Icehotel founder Yngve Berqvist explains on the company website.

“To my surprise, the guests said yes, so we equipped them with warm sleeping bags and instructed them how to sleep in the cold. The morning after, they were blown away by the experience. Icehotel was born.”

When the winter suites have melted, there is still a part of the hotel that remains, providing a place where visitors can experience the beauty of the ice and snow year-round.

Additional activities at the hotel such as snowmobiling, Northern Lights safaris, and husky sledding can be added at an additional cost.

The winter season began on December 14 and will conclude on March 7, 2020.

For additional details as well as booking information, visit icehotel.com.