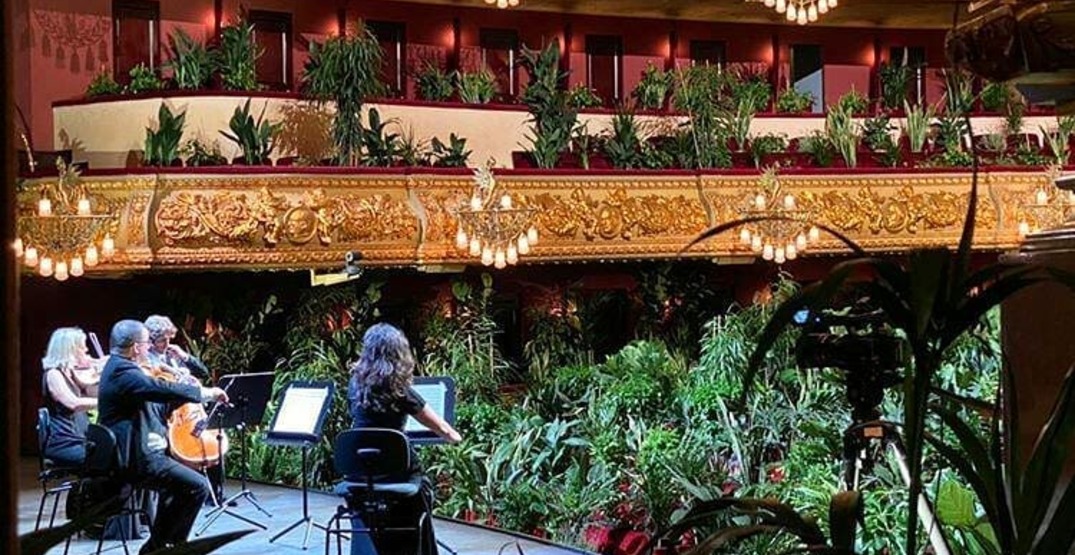 The historic Gran Teatre del Liceu opera house in Barcelona, Spain, commemorated its reopening in a unique and creative way on Monday with the UceLi Quartet, a string quartet, performing Giacomo Puccini’s “Crisantemi” for a stoic crowd of 2,292 plants.

The performance was executed by conceptual artist Eugenio Ampudia. Although there were no humans in the audience, spectators were able to watch a live broadcast of the show via livestream.

The foliage fans were transported from local nurseries and later donated to frontline healthcare workers. Organizers describe in a media release published in Spanish that they gifted the plants to these workers as they served “on the front in a battle unprecedented for our generations.” Thus, they wanted to recognize and show their appreciation for their selfless work.

The purpose of the performance was to provide “a different perspective for our return to activity, a perspective that brings us closer to something as essential as our relationship with nature,” the release explains.

Spain lifted its countrywide state of emergency on Sunday, which had been in place for three months. In congruence with the country’s reopening plan, cinemas and theatres are permitted to reopen, given they provide appropriate spacing for physical distancing “with a maximum capacity determined by the competent authority.”

The Gran Teatre del Liceu has been open and delighting audiences since 1847.

As of Wednesday, June 24, the country has reported 247,086 known cases of coronavirus, according to Johns Hopkins University.