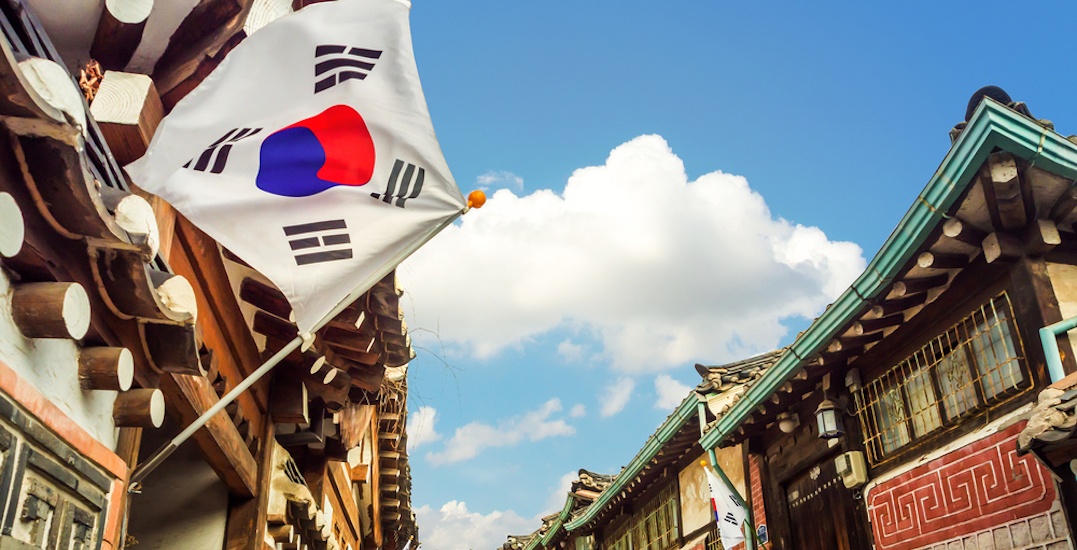 Travel to South Korea is on the rise, with over 15 million international tourists arriving in 2018, according to the Korea Tourism Organization (KTO).

This comes as no surprise, however, with the increasing interest in Korean cuisine, culture, and of course, the wildest phenomenon in Asia: K-pop.

If you’re looking for somewhere to travel and are interested in arts, culture, food, and shopping all rolled into one, South Korea should be your next destination.

If you’re thinking of travelling to South Korea for the first time, but have no idea what to expect, it can be daunting. The idea of planning everything and finding your way around a foreign country can be distressing, we know. But we’re here to help you out and make sure you experience all that you can — without having to spend a complete fortune. 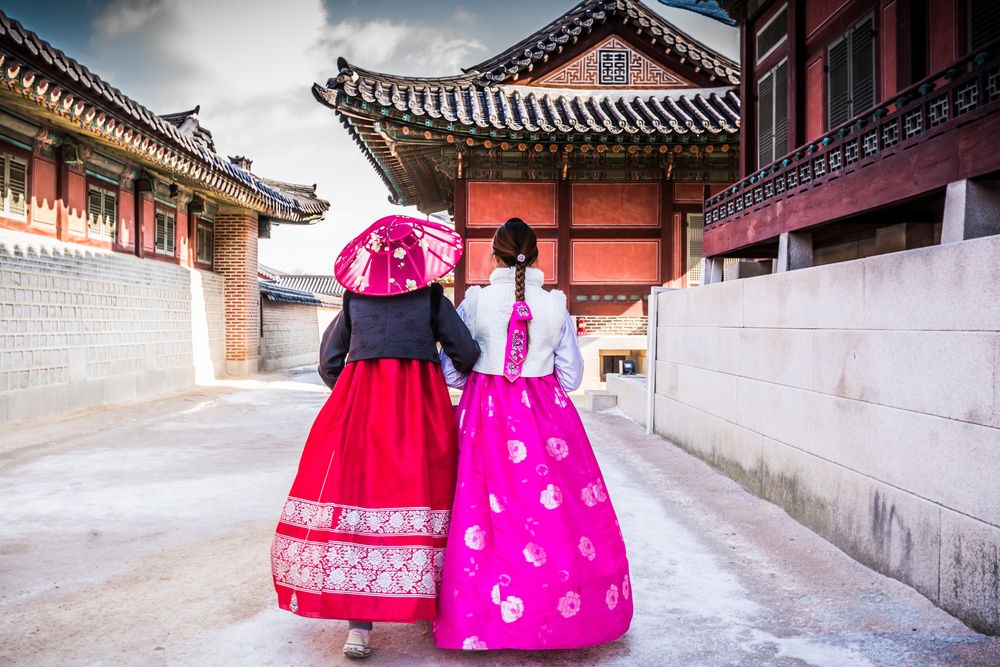 Luckily, when it comes to necessities like transportation, food, and finding accommodation, there are many affordable options that’ll help you stay on budget. And many of the cheapest flights to Southeast Asia from North America pass through a stopover in South Korea (most commonly in Incheon, which is an hour from South Korea’s capital, Seoul); so who knows, perhaps you could even knock two cities off your travel bucket list in one go.

The best part is that South Korea doesn’t employ a tipping culture, so that’s one less thing to worry about. Another plus is that tourists can get a tax refund on purchases in South Korea over $30. You know what that means — shop to your heart’s content!

With that in mind, here are our tips on how to plan the perfect trip to South Korea while on a budget. 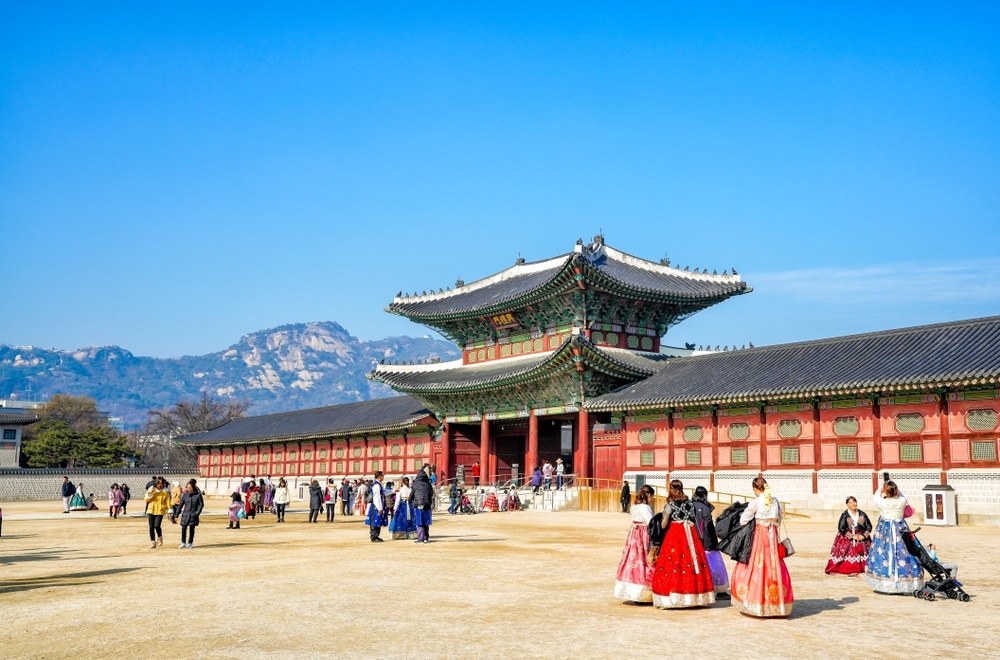 South Korea is filled with attractions, so if you’re looking to get your cultural fix at palaces and museums (but also get your shopping done), it’s time to book your trip. 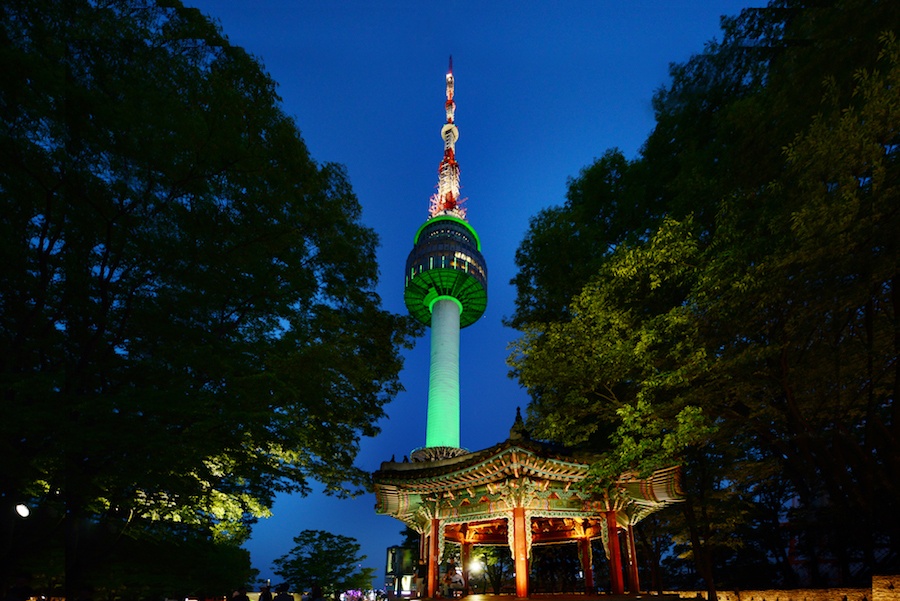 In Seoul, you can invest in a Discover Seoul Pass card, which will allow you to travel within Seoul for 24, 48, or 72 hours with free admission to 52 attractions and 40 discount shops. This includes popular attractions such as Gyeongbokgung Palace, Trickeye & Ice Museum, N Seoul Tower Observatory, and the SM Town Museum.

The Discover Seoul Pass can also be used for transportation, so you’ll definitely be getting your money’s worth.

South Korea boasts an extensive public bus and subway system, so getting around the city is easy and inexpensive. Grab a T-Money or Cashbee card, a reusable transportation card that can be used on public buses and subways in several different metropolitan cities and locations throughout the nation. 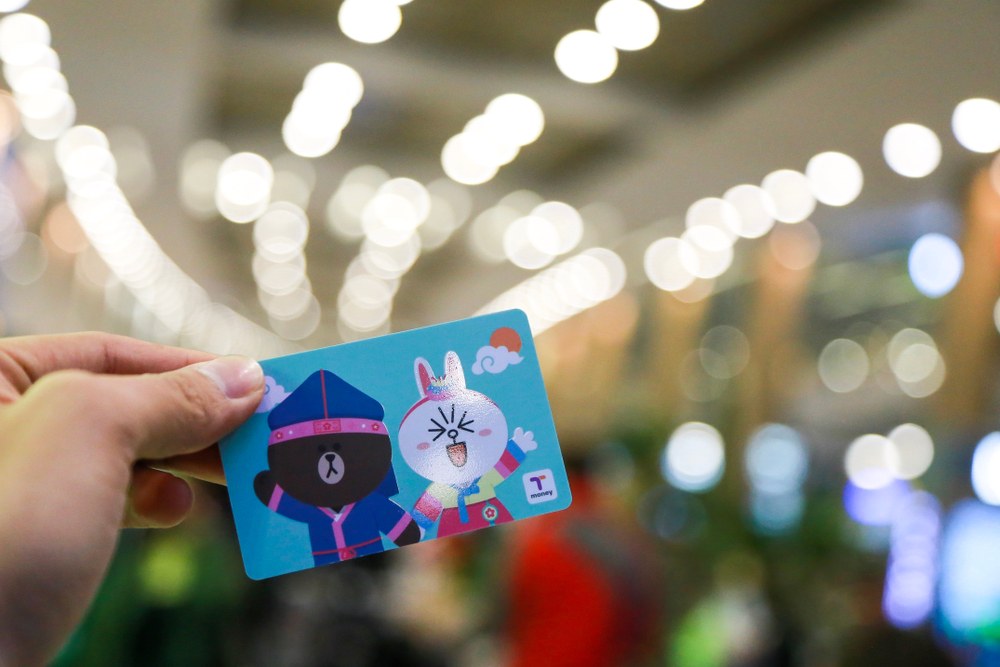 You can avoid the hassle of purchasing single-journey subway tickets for every ride and enjoy discounts on transfers from one bus to another, one subway line to another, or from bus to subway (or vice versa).

For a city-wide tour of the major cities in South Korea, book a ride on a City Bus. City Buses are available in cities including Seoul, Jeju Island, and Busan. City Bus services are great because, for the price of just one ticket, you can spend all day hopping on and off the bus as it follows a route connecting the city’s top destinations. Not only that, but you can book different themed buses that follow different routes!

South Korea also has a premium express bus to get from city to city, which is cheaper to take than the Korea Train Express (KTX). The premium bus service gives customers their own entertainment system and monitor — it seems like it would be costly, but it’s actually an affordable option.

Lastly, an option for those who want to explore outside of the main cities in South Korea is the K-Travel Bus. This bus service is for tourists only and will take you to regional cities around South Korea such as Daegu, Gangwondo, and Changwon.

South Korea, and Korea in general, is widely known for delicacies like kimchi, which has become a global sensation. However, there are plenty of other foods that you need to try in South Korea (that won’t empty your wallet!). 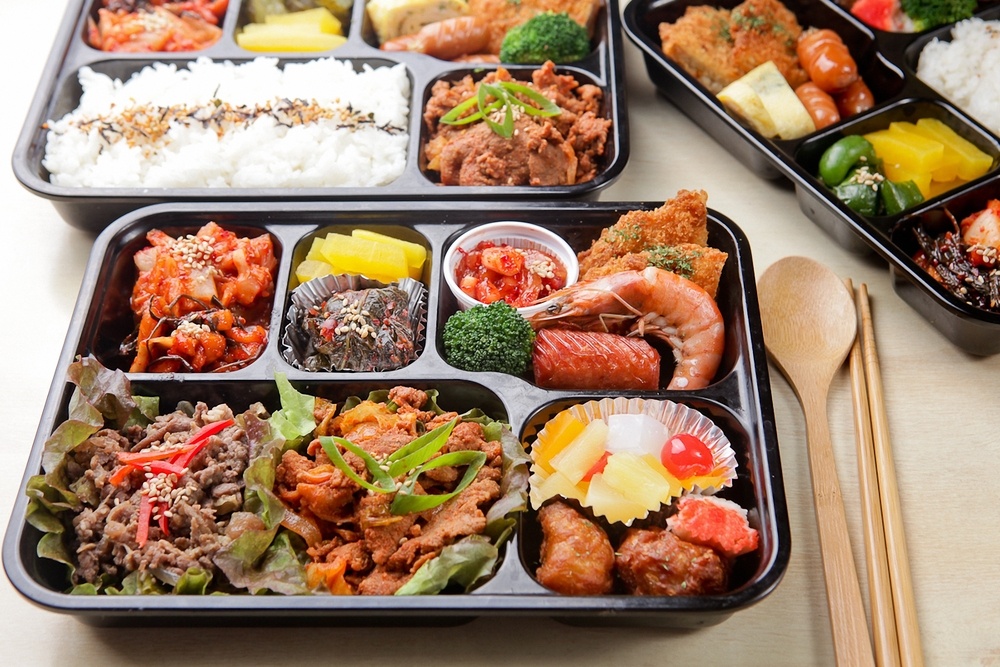 Drop by and grab a dosirak (a Korean lunchbox set), your pick of instant ramen noodles (which you can make in-store), kimbap (the Korean equivalent of sushi rolls), or even sausages on a stick. And don’t even get us started on the snacks.

Either way, you can get a full meal for under $10 in South Korea’s convenience stores. 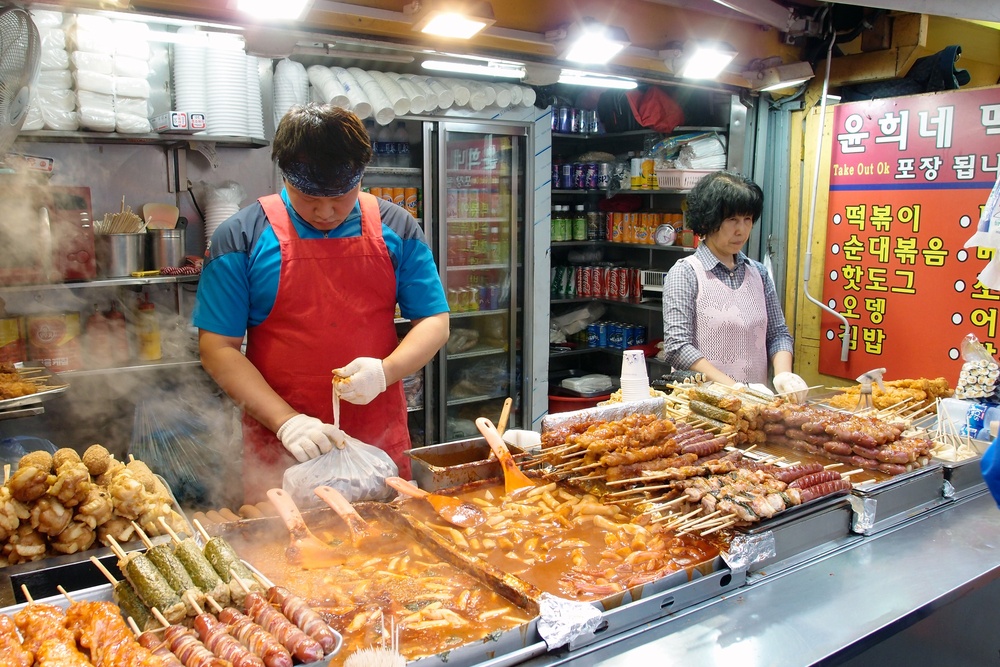 We’re talking skewers of deliciously spicy chicken, seafood and kimchi pancakes, tteok-bokki (spicy rice cakes), Korean fried chicken, and more. Our choice for a unique snack? A Korean twist on a classic corndog, covered in a layer of french fries. Revolutionary, we know. 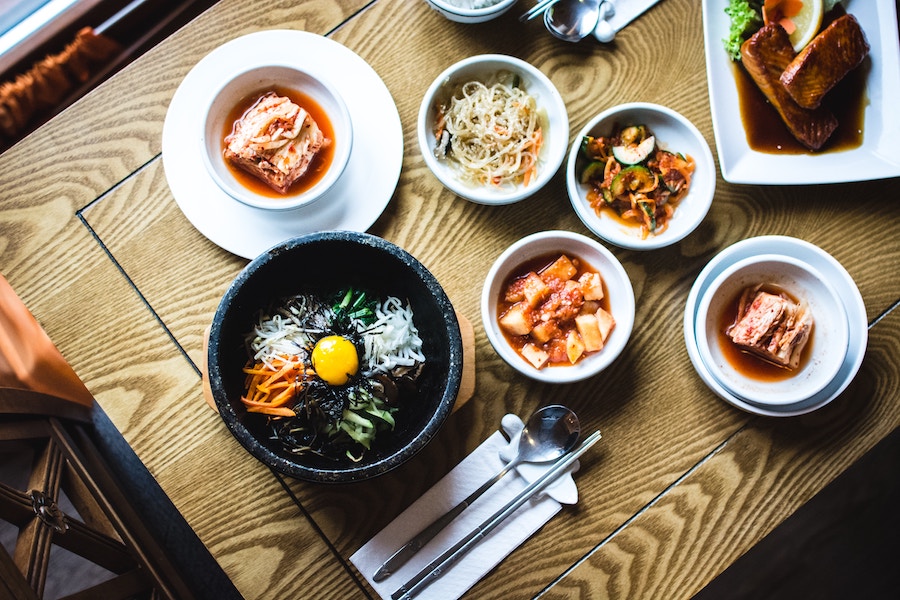 And if getting food-on-the-go still doesn’t tickle your fancy, drop by any local Korean restaurant — chances are you’ll be paying under $10 for a hearty meal like kimchi jjigae (kimchi stew) or bibimbap (mixed rice in a stone pot). The possibilities are endless in South Korea.

South Korea, especially its capital Seoul, may be known for its glamorous clubs and high-fashion shopping malls, but that doesn’t mean that you can’t travel there on a budget. There are plenty of affordable hostels across Seoul, particularly in the party areas such as Hongdae and Itaewon, which provide travellers with comfortable options for a good night’s sleep after partying. 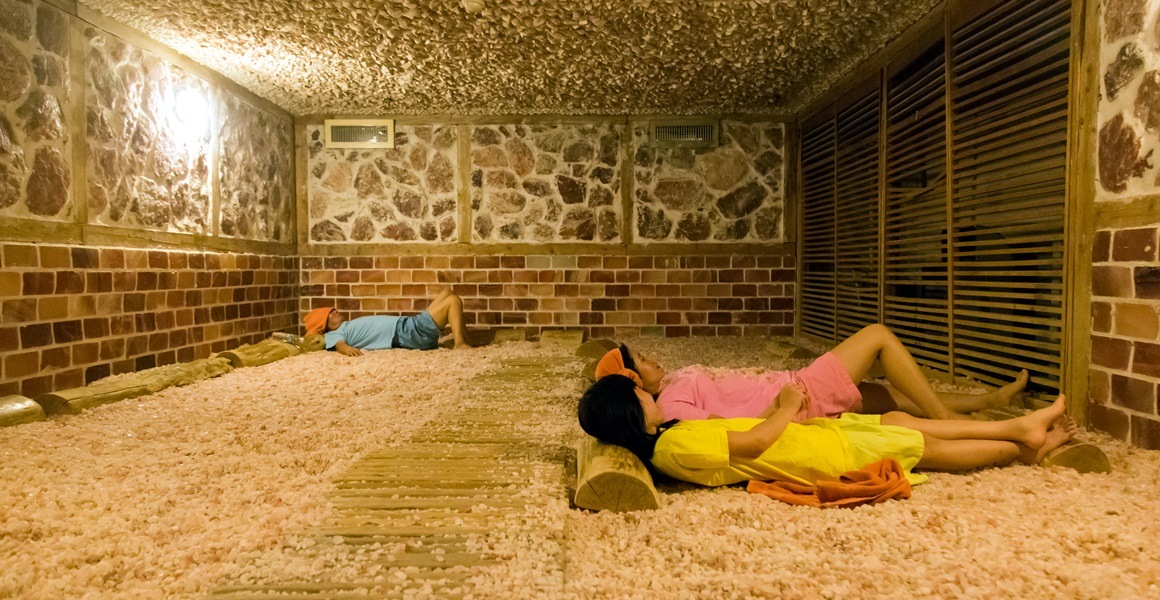 For a unique experience, a trip to South Korea isn’t complete without an authentic experience at a jjimjilbang (a Korean public bath or sauna). The common areas of a jjimjilbang are a common spot for locals to pass the time and a great place for tired travellers to unwind and rest after a long day of exploring and shopping. It’s also not uncommon for people to stay overnight at a jjimjilbang!

If you’re interested in exploring South Korean culture, the Korea Tourism Organization is hosting the ultimate beauty event in Vancouver on November 9, 2019.

Korean products are consistently rated as some of the best beauty products on the market, so you’ll have a chance to see a wide range of what they have to offer. You’ll also get to meet a popular beauty YouTuber flown over straight from South Korea!

For more information and to start planning your trip to South Korea, visit their official tourism website now, or for updates, visit their Facebook and Instagram.