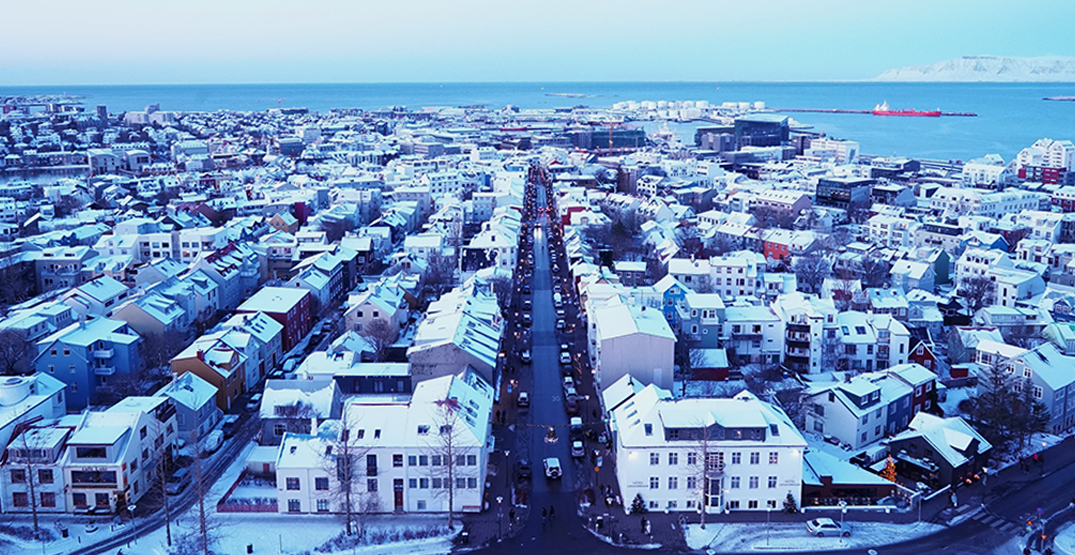 No point in Iceland’s capital city of Reykjavik is higher than the pointed steeple of Hallgrimskirkja Church.

Its modernist architecture, 5275-pipe organ, and picturesque nature against the wintertime’s 4 pm setting sun are small beauties compared to the views that accompany a trip to the top of the tower. From the peak, modest houses armoured in corrugated steel stretch across the landscape, following the roads that wind into the distant mountains.

The pairing of the words ice and fire have long been used to explain the competing dynamics that make up the small island nation.

Beyond the city are the duelling environments of active and dormant volcanos — the steam from which rises on the city’s horizon — alongside icy winds that batter its shores. Long nights that offer as little as two hours of sun when winter reaches its zenith beget longer summer days, where the midnight sun keeps explorers and locals alike galloping through well-trodden paths. The duality continues into the modern social fabric of the country as well.

Iceland is steeped in its history, deeply revealing the traditions and remnants of its past. Reykjavik puts civic pride on display and, with the help of ample amounts of geothermal power, has heated many streets and sidewalks. Statues of the great explorers and political architects of the city and nation speckle the city alongside modern counterparts. Every year a national “Tree of the Year Award” is bestowed on any particularly eye-catching arbour. Reykjavik has been home to impressive three Tré ársins — most recently in 2016, with a particularly fetching aspen.

It’s surprising to learn that before 2010, Iceland did not possess much of a tourist industry. Besides starring as the ultimate on-ice nemeses to Emilio Estevez in The Mighty Ducks 2, the beautiful island was known for being home to the oldest writings on the ancient Scandinavian religions in the beautifully poetic sagas. However, it was an unexpected natural disaster that takes the credit for finally spurring visitors Iceland’s shores. 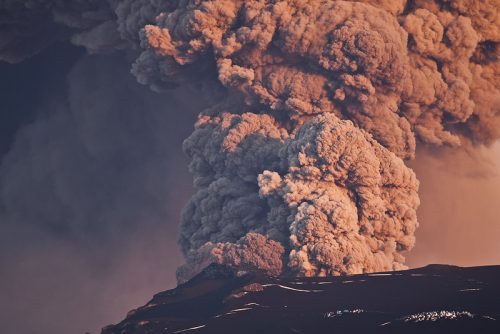 When Eyjafjallajökull volcano unexpectedly erupted in 2010, countries across Europe erred on the side of caution and chose to ground commercial aircraft to protect against the massive bloom of ash that filled the sky. To make matters worse, the country had only begun to recover from a much-less-than-natural disaster: the 2008 financial collapse. After an over $8 billion hit to GDP, the island turned to New York City’s Brooklyn Brothers ad agency to revitalize the country’s image. Launching the Inspired By Iceland platform, the economy was rapidly transformed from aluminum and fisheries to tourism — and Reykjavik changed with it.

Much of this redevelopment can be seen in the western arm of Reykjavik in an area called Grandi. This harbour opened in 1917 and continues to serve the country’s long-standing fishing industry. Once the home of small vessels and storage facilities, Iceland’s current fishing fleet is primarily made up of larger companies. The skeletons of structures once essential to the lives of small saltwater-laden fishing crews have been repurposed into new enterprises that cater to visitors.

Buildings previously essential for everyday living and working have been gentrified into chic restaurants and boutique stores, from third-generation goldsmith-crafted volcanic jewellery to local meats and jams at a butcher’s shop called Matarbúrið, or even what multiple locals referred to as the “best burger in Reykjavik,” at Tommi’s Burger Joint on Gerisgata. 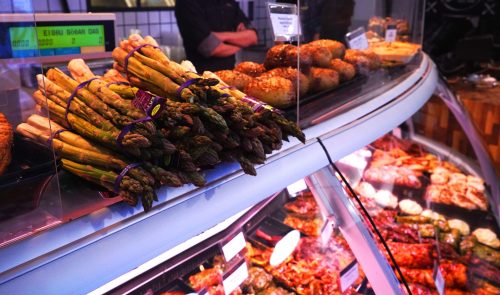 Those with an eye on something high-end can try Apotek, a dining spot built into a former pharmacy that has preserved the exterior’s historic facade alongside the lively and contemporary design within. They serve a selection of European and Icelandic foods.

Modern amenities can beat the elements

The relics of the previous businesses remain, paying homage to the fierce and humble workers who once toiled in the buildings and waters as fishermen. The structures no longer house a resource industry but now provide ample space for the new extraction economy — the extraction of dollars from tourists. Weather is a constant consideration in any region of Iceland, especially when visiting in the winter.

This is why Reykjavik Marina, a hotel built into a former commercial paint factory and situated outside a still functioning dry dock, offers its own theatre, gym, bar — complete with jazz nights — and lounge. Those who travel this far to experience nature should also be ready to spend a day making the most of the great indoors. Snow can — and does — come fast and heavy. 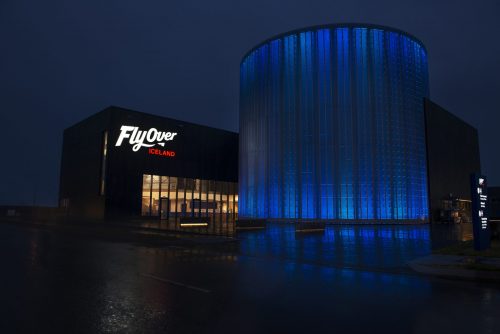 A large part of Reykjavik’s development is the attraction FlyOver Iceland(full disclosure: FlyOver Iceland provided the trip and accommodations), a combination of nature documentary and flight simulator that constructed a massive building to house a concave, high-definition screen that lets visitors experience the island across a variety of seasons any time of year. The attraction simulates the sensation of flying by pushing a row of pivoting seats that incorporate incredible helicopter footage, sounds, and smells (yes, smells) into the experience. 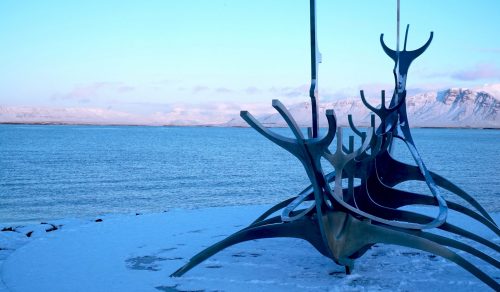 No one knows the sight of his homeland from the sky — or the sporadic nature of its weather — better than helicopter pilot Jón Björnsson. He has taken to the skies of Iceland for 30 years, ferrying sightseers and movie cameras across its stunning terrain. He and his company provided the aerial skills needed to capture the footage for the attraction.

FlyOver arrived with locations for the shoot already laid out, each firmly outside the popular Golden Circle frequented by oppressive busloads of tourists during the busier seasons.

“The guys had already scouted a lot of locations in planes before they actually came to us and had an idea of everything,” Björnsson told Mapped. “We actually dropped off a couple of locations that they had marked on the map. I gave them my hand and talked about some of the locations that they didn’t have any clue about and it ended up in the film.”

The experience was pieced together over three shootings, incorporating actors and aerial camera work to visit some of the most secluded and hard-to-reach natural wonders the island has to offer. Over 100 hours of flight time went into its production.

The city provides enough food, nightlife, and attractions to entertain visitors for days — there is a penis museum — but the real glory of the island is found amongst the incredibly bold geology — the hidden sights sometimes only reachable by master climbers, cyclists, and Björnsson’s helicopters.

“You can fly for 10 minutes, 15 minutes, and you are passing through the three totally different landscapes,” he says. “You’re just going from a lot of fields into vegetation, like beyond colours, then you go to the glaciers.

“It’s amazing to fly for an hour through the Highlands. You’ll experience so many things.”