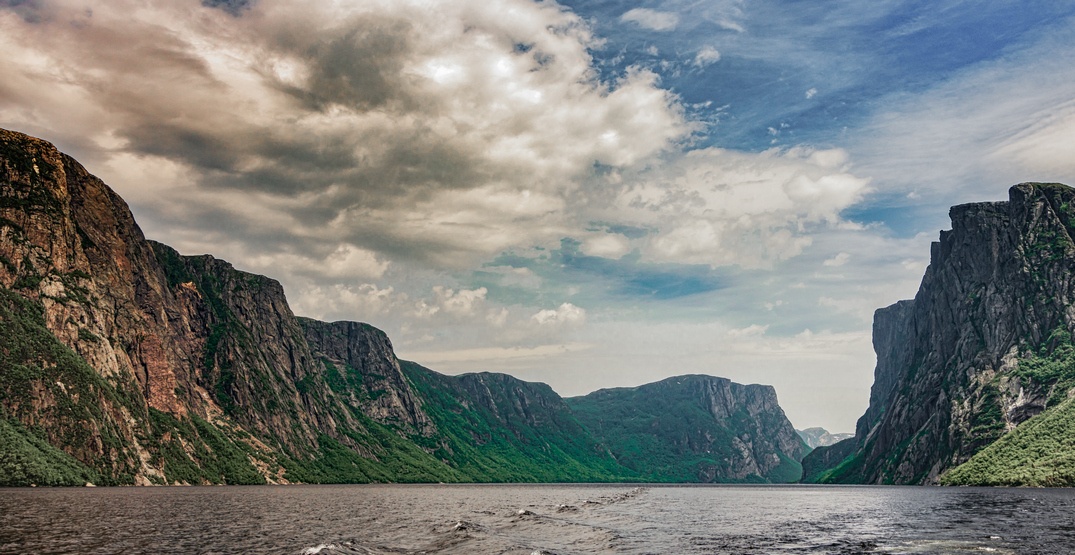 I’ve always been curious about this triangle-shaped island on the far east of Canada known as Newfoundland.

Communities were built up around its ragged edges, amidst frigid winds and white fog. And in this harsh beauty, strong and resilient people put down deep roots.

My family and I decided to explore The Rock, as it is affectionately known, over 11 days this summer. Flying into St. John’s on the east coast we then slowly made our way westward to the other side of Newfoundland to then fly out of Deer Lake. We moved from the island’s burgeoning capital  — with its vibrant street life and emerging culinary scene — to the beautiful town of Trinity and surrounding peninsula of Bonavista further north, and then on to Gros Morne National Park on the west coast for its world-class hiking. 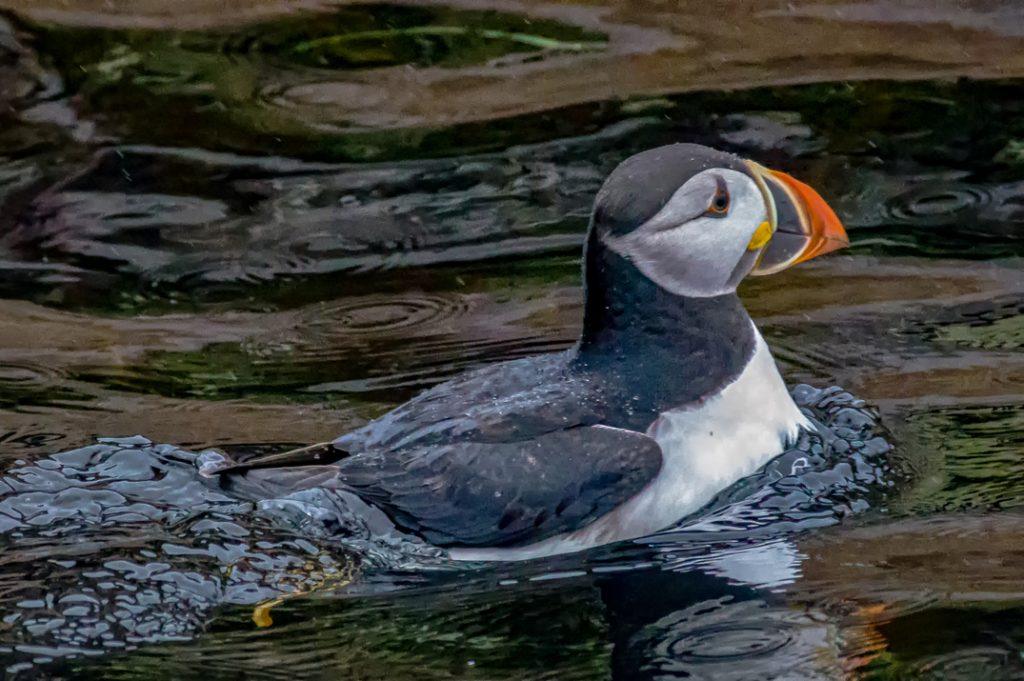 “Got your moose eyes on, Felix, buddy?” Maurice Fitzgerald of Far East Photography Tours asks our 14-year-old son, as we drive along in his jeep en route to Petty Harbour in the Avalon Peninsula on Newfoundland’s northeast coast.

There is good reason to keep a close eye out for moose. There are likely more than 120,000 moose on the island now, a population that has grown exponentially since four were placed here in 1904 for food and sport. Moose can be delicious in a burger or soup, but decidedly less welcome in front of a speeding car.

But moose are just one example of wildlife in the province. Witless Bay Ecological Reserve has the largest colony of Atlantic puffin in North America. For four months of the year, more than 260,000 pairs come here in tightly knit colonies to breed. (After so much time alone at sea, no wonder they want to connect.) As well as puffin, we also saw seabirds like the common murre, kittiwake, and razor-bill, as well as minke whales on an excellent two-hour boat tour through O’Brien’s Whale and Bout Tours.

Of course, there are also ways to see these puffins from shore, the best option of which is in Elliston further north on the Bonavista Peninsula.

Listen to songs and stories 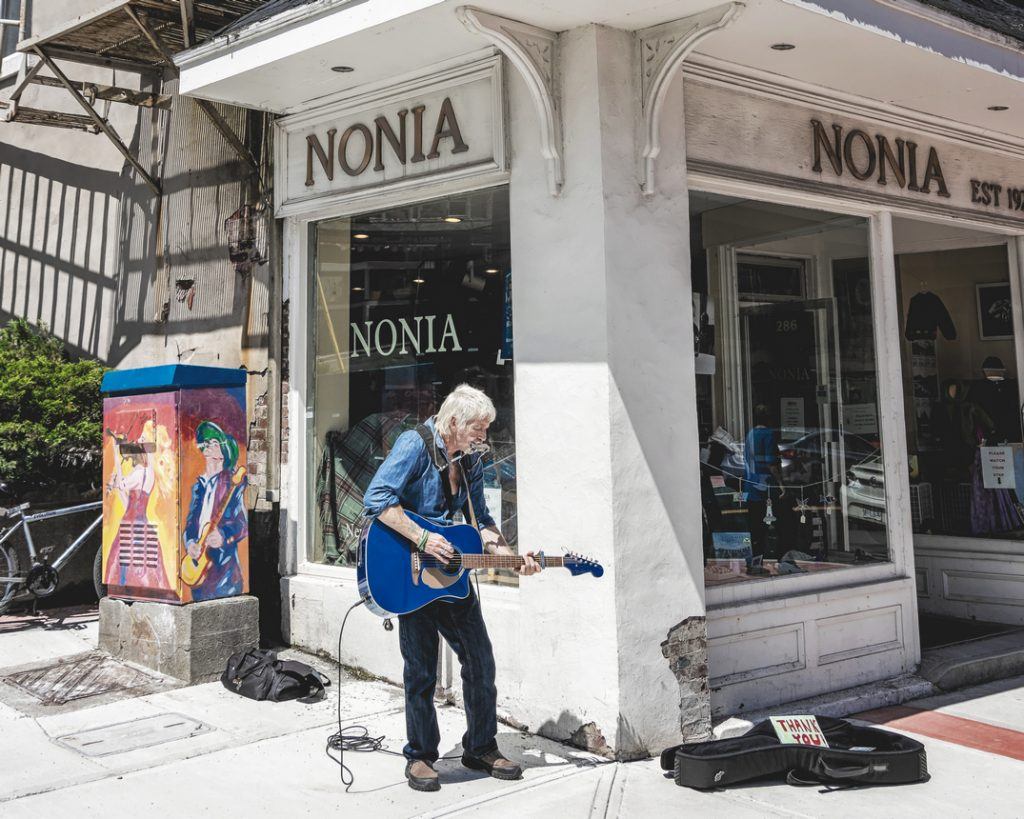 The songs and stories of Newfoundland are of men and women with a pioneer spirit showing resilience in a beautiful but often hostile environment. Raging gales, crashing waves, mountains of snow, and thick white fog: the climate, the sea, and the land shape their history and their struggles. But these same parts of their environments can also bring them great joy. These stories are expressed in the lyrics of folk music, pageants, plays, and poetry.

At Rising Tide Theatre in Trinity, we saw an outdoor pageant that told the history of the town in 10 clever scenes dramatized through the streets and lanes of the town. And at the Gros Morne Theatre Festival’s S.S. Ethie dinner theatre in a motel in Cow’s Head, we heard the story of how, in 1919, a ship was able to miraculously make port amid hurricane-force winds, saving everyone on board.

And every August, a tiny magical town in the heart of Gros Morne is the setting for the popular Writers at Woody Point Festival. Writers and musicians, both local and international, congregate to hear readings, listen to music, and hike the surrounding trails. In a way, it seems like a small out-of-the-way setting for such a well-known festival, but perhaps less surprising, give then that province has produced many reputed writers, including Michael Crummey, Lisa Moore, Joel Thomas Hynes, and Megan Gail Coles. 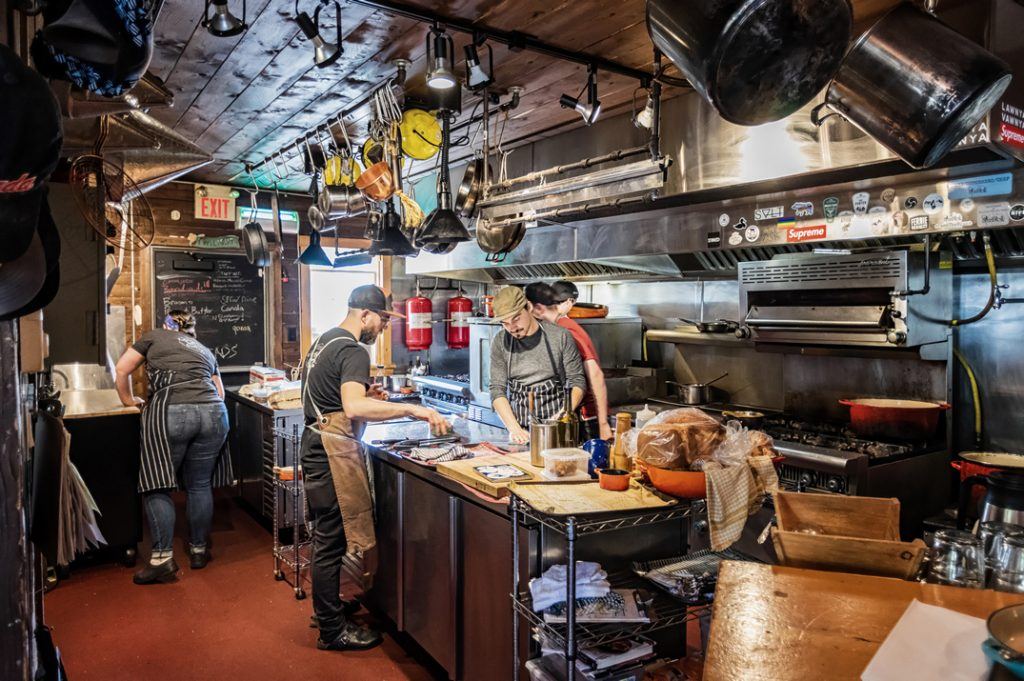 “Our dietary needs have been around since Christ was a baby,” says Fitzgerald, referencing the comfort food that is such a staple to the people who live in the region.

But then “people come in and put an outsider’s perspective on local cuisine,” he says.

He’s referencing higher-end St. John’s restaurants like Mallard Cottage in Quidi Vidi, where Todd Perrin’s daily-changing menu and family-style brunch, served in what was formerly an 18th-century cottage, feature local ingredients served up with an interesting twist.  Other restaurants like Shaun Hussey and his team’s Chinched Restaurant & Deli and chef Jeremy Charles’s Raymonds Restaurant have also put St. John’s on the culinary map. And places like Rocket Bakery have become hipster meeting spots, attracting locals and tourists for their weekly kitchen parties and other community events, where you can listen to button accordion-driven music over a decent cup of coffee and delicious fish cakes, empanadas, and baked goods. Although restaurant prices in St. John’s can be a bit steep, you have the option to start your evening early: happy hours abound.

Elsewhere on the island, you will find a regular staple of cod, often through the fish and chips, and the fish ‘n’ brewis, in which salt cod and hard bread are soaked and boiled in water, with scrunchions or crispy pork fat bits to add flavour. Other classics are the Jiggs dinner, a boil up with salt beef and pease pudding;  toutons, or deep fried dough; and bakeapple pie for dessert 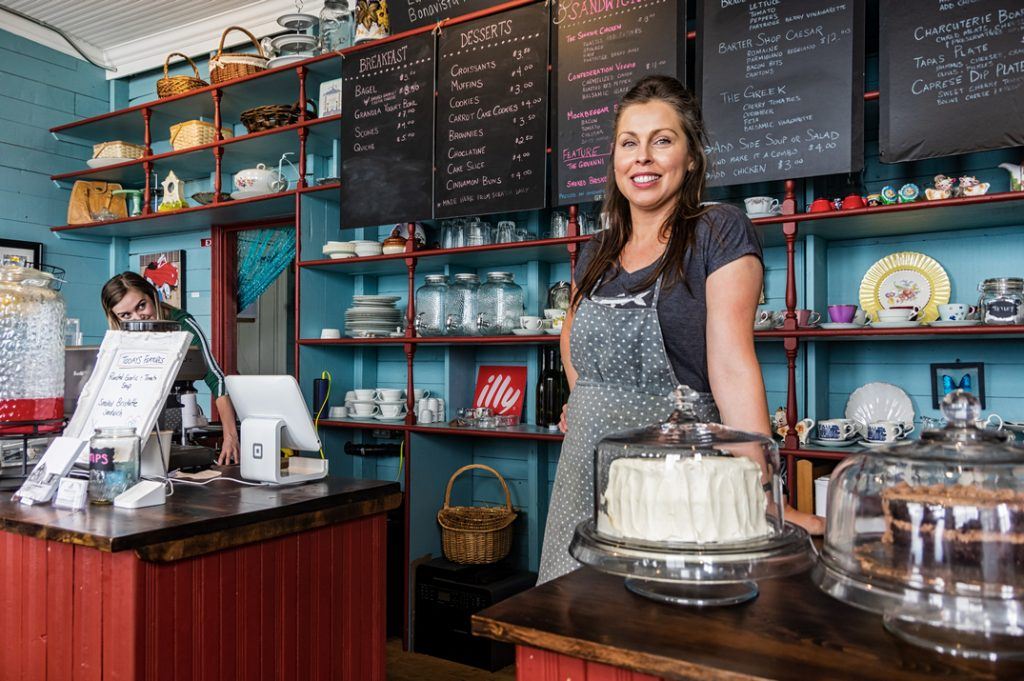 Although restaurants are the obvious meeting place for sharing a meal, warm weather brings outdoor options like boil ups over a fire on the beach and during picnics. You can order delicious gourmet picnics through Lighthouse Picnics in Ferryland. Or you can go through Bonavista Bicycle Picnics & Café, where your picnic basket and blanket also comes with a bike to explore the nearby Dungeon Provincial Park and Cape Bonavista Lighthouse. We sat high up on a cliff to drink our partridgeberry lemonade, and eat our paninis and desserts. 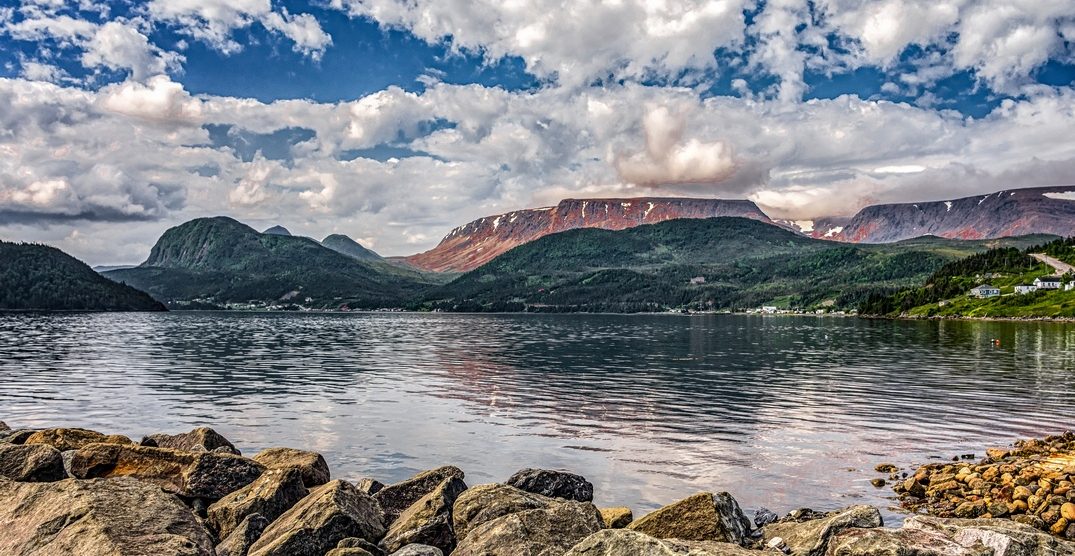 There are more than 29,000 km of coastline along Newfoundland and Labrador, and some fabulous hikes to explore them. Some involve leisurely strolls that you can do in flip flops with a toddler at your side, while others are more rigorous. The East Coast Trail along North America’s easternmost coastline traverses 26 wilderness paths. And on the west coast is Gros Morne National Park, declared a UNESCO World Heritage site, because of its spectacular wilderness of landlocked, freshwater fjords, glacier-scoured headlands, ocean views, and is an example of a continental drift and plate tectonics. 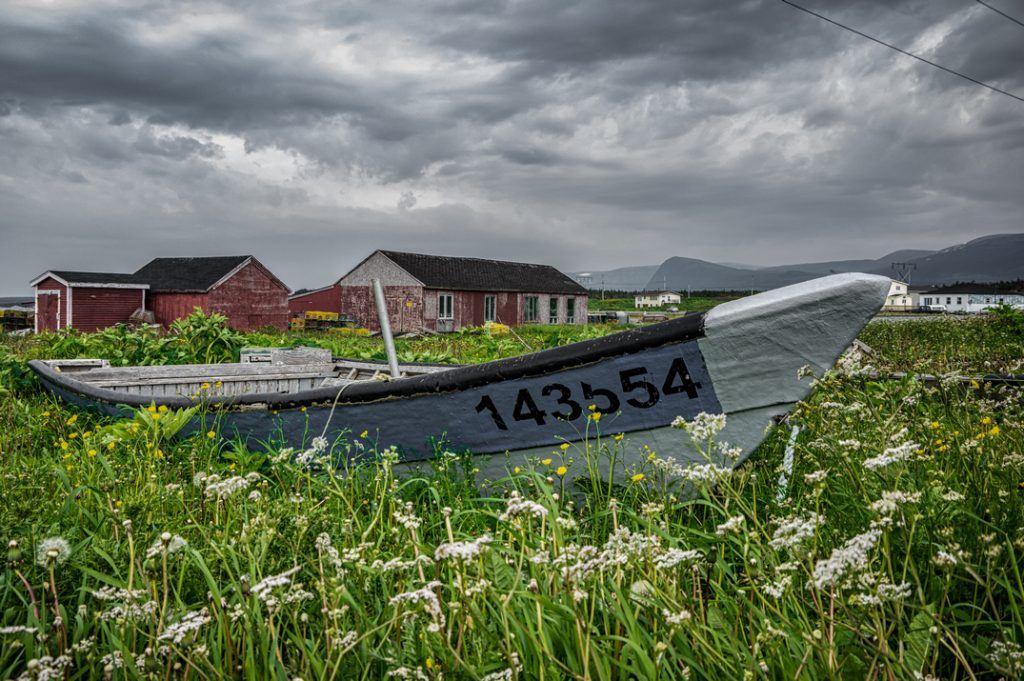 Gros Morne has more than 100 km of trails — some challenging ones like the 16 km Gros Morne Mountain Trail, with some steep climbs and panoramic views at the top — and iconic ones like the Green Gardens Trail, which takes you from rocky barren tableland through boreal forest and to dramatic cliffs overlooking the Gulf of St. Lawrence, with stairs to a protected stone beach. You can also take BonTour’s Western Brook Pond boat tour, with stunning views of a fjord created by melting glaciers, after which the land rebounded, creating a freshwater pond cut off from the saltwater sea. 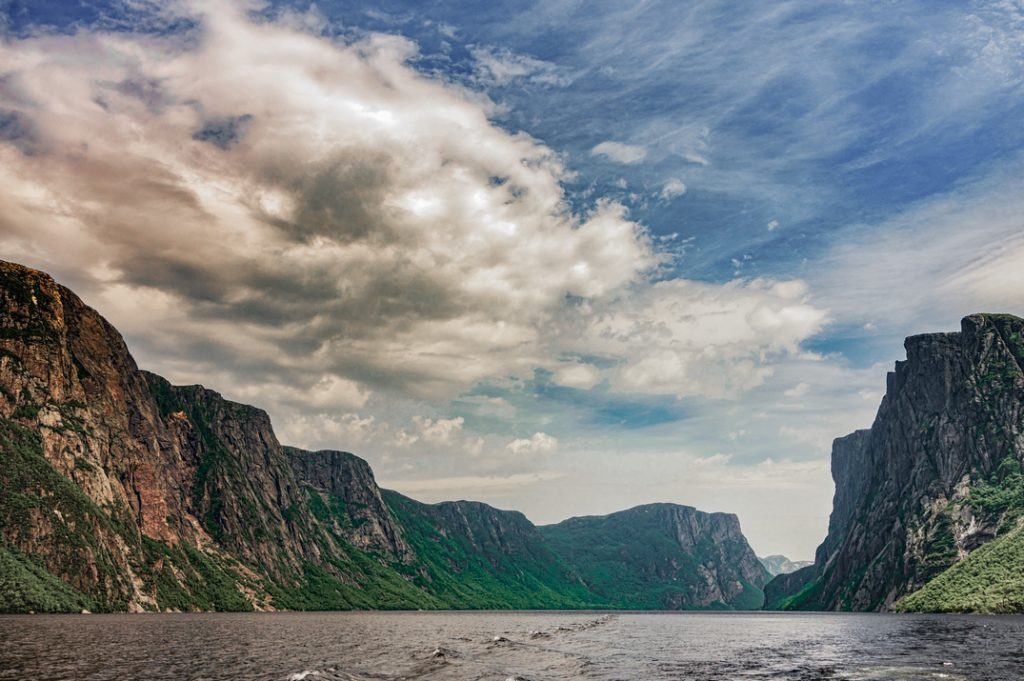 While the most famous hiking is in Gros Morne and on the East Coast trail, our favourite hike was actually on the short 5.3 km Skerwink Trail in Port Rexton near Trinity on the Bonavista Peninsula. Here waves pounding against rocky shore have created seat stacks and caves in the rocks. We pass tuckamore trees bent by persistent gales and wooden stairs that take you up and down steeper sections.

For a bird’s eye view of the coastline, we loved ziplining over Petty Harbour with North Atlantic Ziplines, the longest zipline in Canada. We started ziplining in the fog, where we literally watched each other disappear into white cloud and then reemerge over the trees. And then the fog lifted, the water sparkled over the harbour, and we felt like we were flying. 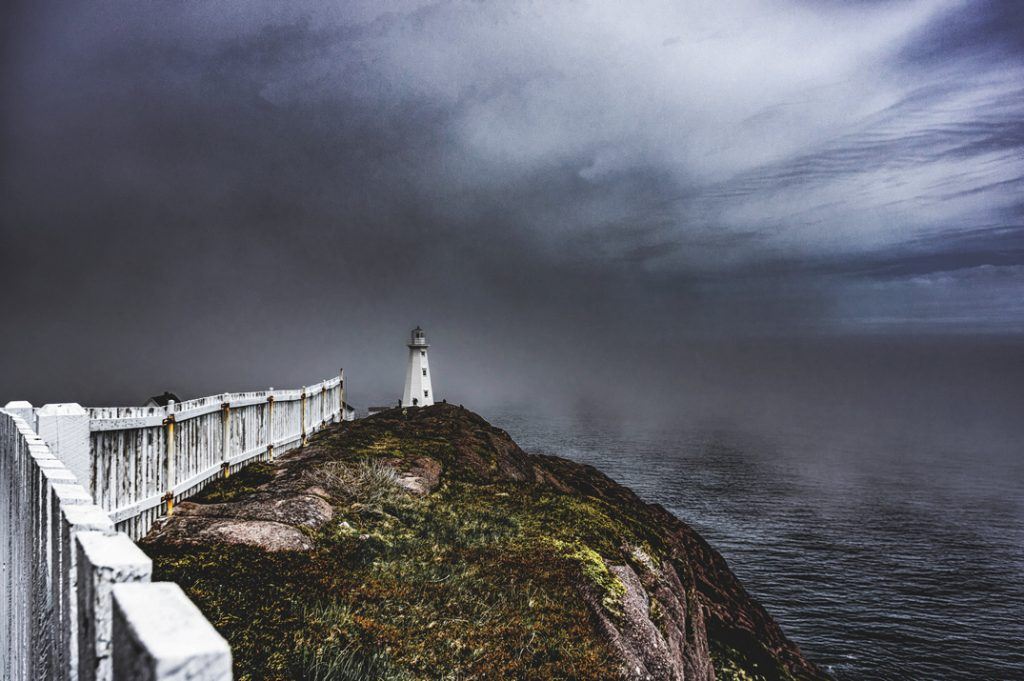 I saw Newfoundland long before I visited the island. With its colourful houses, picturesque coastal towns and lighthouses, and icebergs that change colour with the shifting light, this island is a photographer’s dream.

It seemed right then to start our holiday with a private Far East Photography tour. It was with our guide Maurice that we got our first glimpse of the lighthouses at Cape Spear, at the easternmost point in Canada. And it was with him that we took photos of Jelly Bean Row, the rows of colourful clapboard homes throughout downtown St. John’s. In the 1800s, people painted their houses dark colours to absorb mud and dirt from unpaved roads, says Maurice. But later vibrant colours were painted over the darker ones. Some say it was done so that sailors could make their way home safely through the fog.

We also captured an iceberg on our visit to Petty Harbour. Blown here from the Arctic every spring, the icebergs are remnants of 10,000-year-old glaciers that have broken off and fallen into the sea. 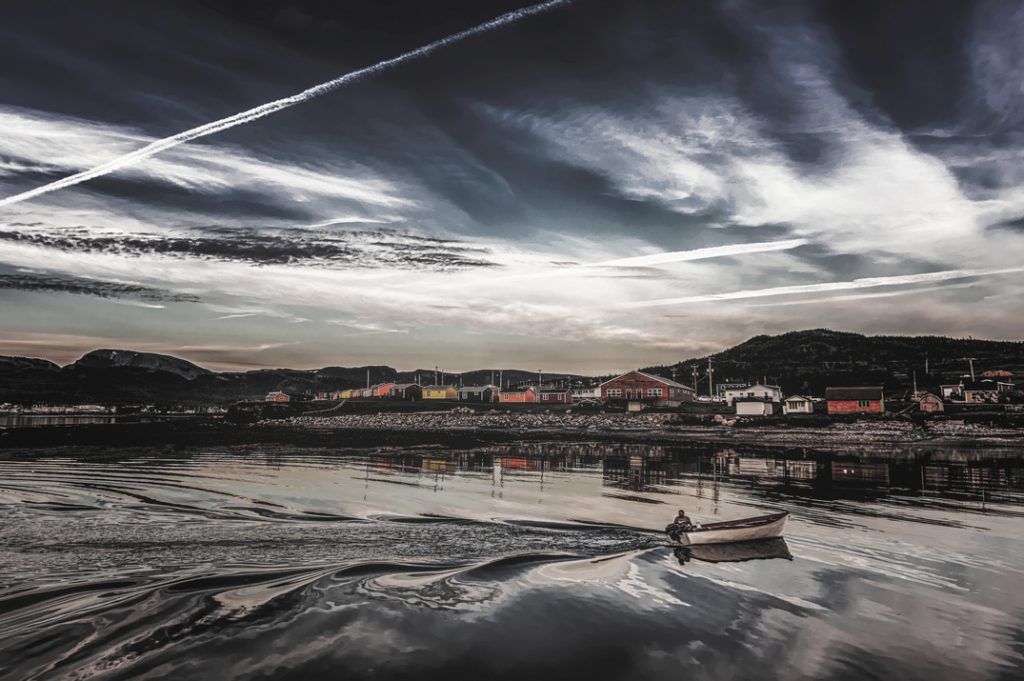 Newfoundland is easily accessible with major airlines travelling through three of its five airports. You will need to rent a car to explore the island, but book early, particularly if you plan to drop your car at a different location than where you picked it up. 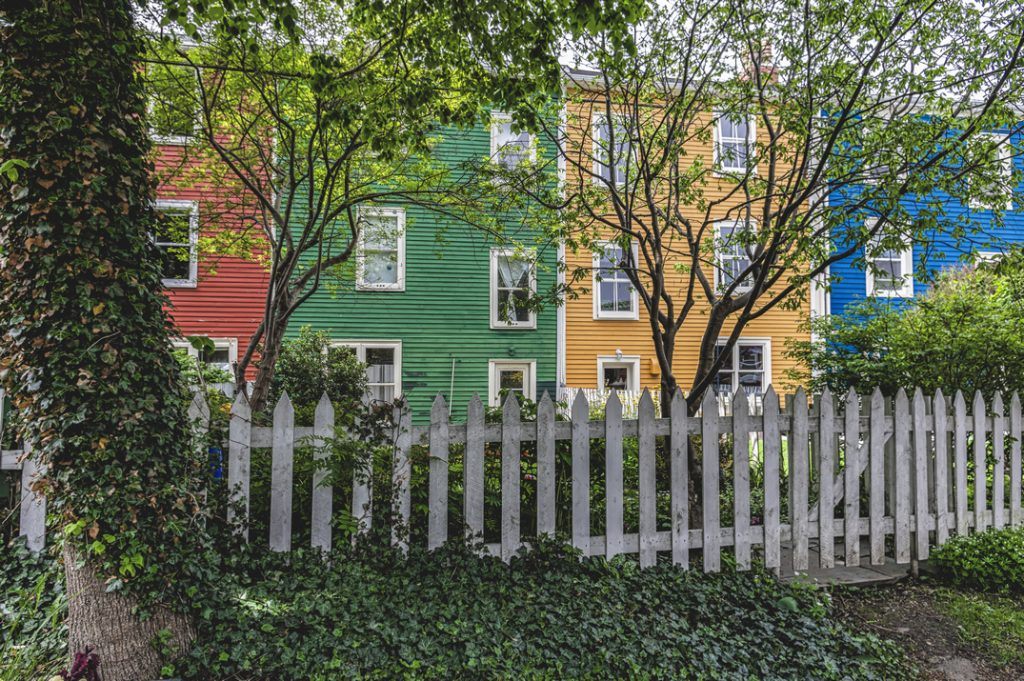 Its small downtown core is located north of the harbour, and is easy to navigate by foot. For nightlife, head to the pubs and bars on George St.

Explore Water St. for an endless supply of great restaurants, cafés and stores. We stayed at the nearby Duckworth Hotel for an inexpensive room and good dining downstairs at Magnum & Steins. 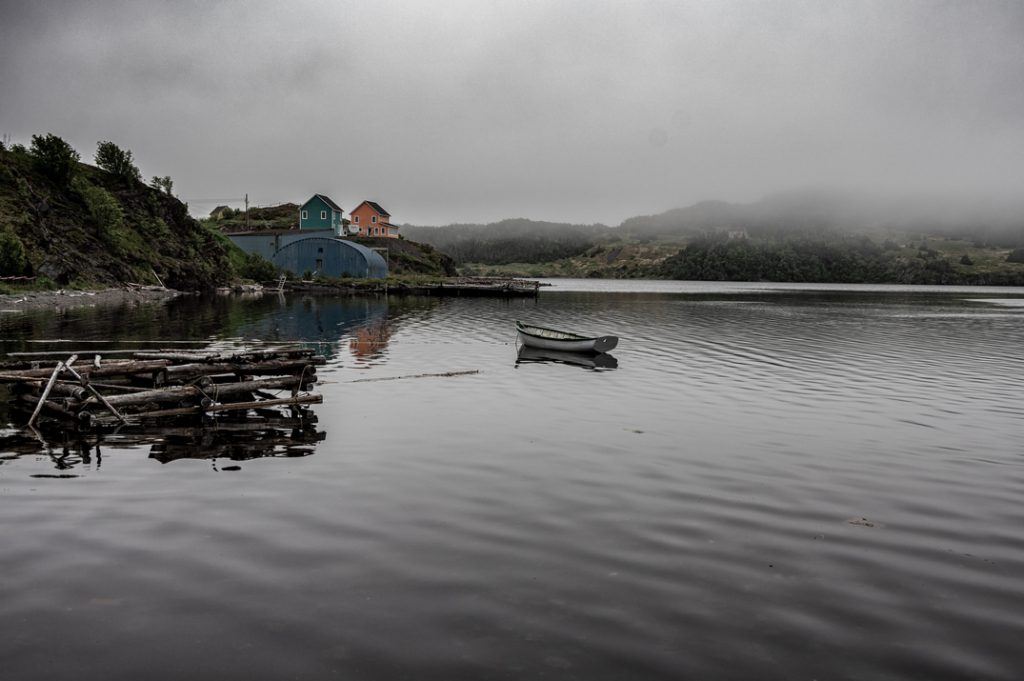 Trinity is tiny, quaint, colourful, and very very pretty. Come here for local theatre, historic walking tours and waterside accommodations at inns and bed and breakfasts, like Kelly’s Landing where we stayed, or at the Artisan Inn nearby. Only 45 minutes by car is the town of Bonavista, which is significantly larger than Trinity, though really not so big, with a population of about 3,500 people. It’s a place to watch out for, with some great new restaurants like Bonavista Bicycle Picnics and Café, and the popular Bonavista Social Club in nearby Upper Amherst Cove. 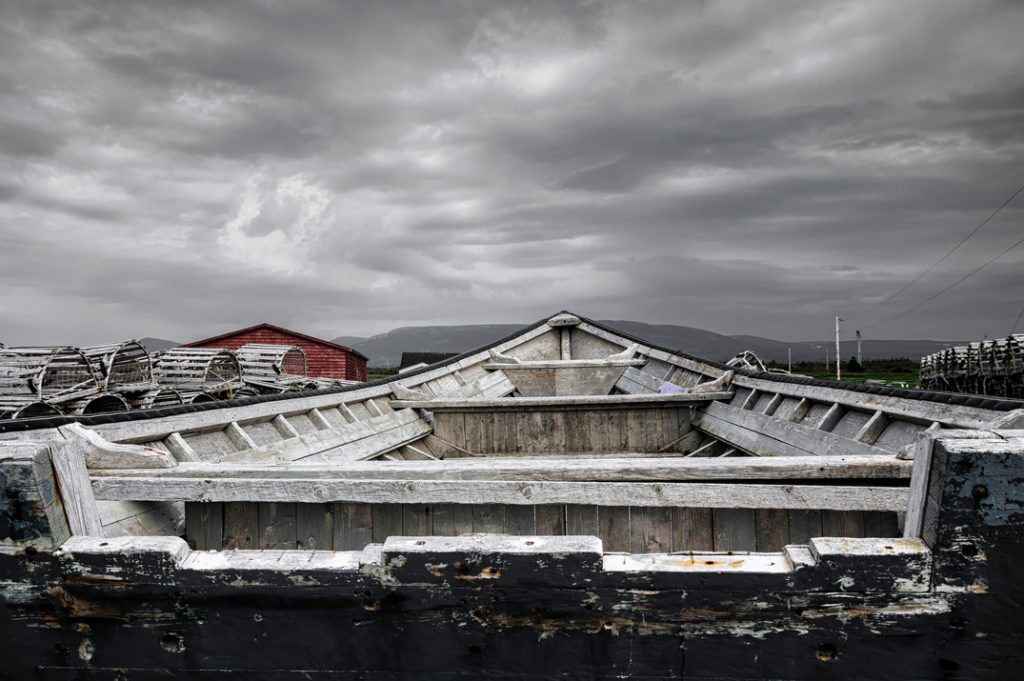