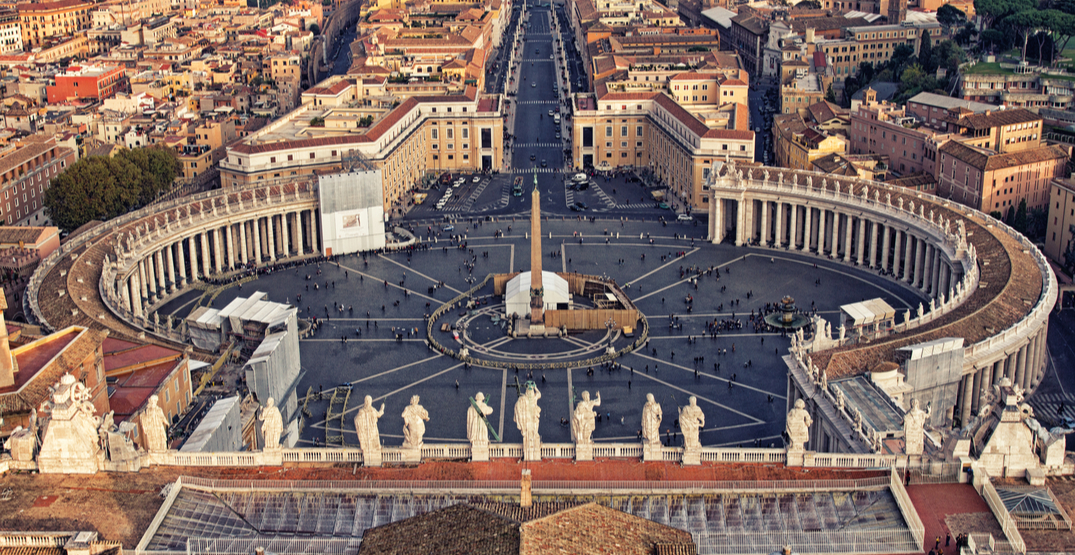 Pope Francis delivered a service from the Vatican this past weekend for the first time in nearly three months.

He appeared in the window of the Apostolic Palace overlooking Saint Peter’s Square in Vatican City on Sunday to recite Regina Coeli with those in attendance.

“Due to health measures taken to contain the COVID-19 pandemic, the Holy Father in recent weeks had been leading the Sunday Marian prayers, as well as his weekly General Audiences, from the Library of the Apostolic Palace,” Vatican News explains.

In a video of the service posted to the Vatican News YouTube channel, the crowd can be seen physically distancing and wearing masks while the Pope delivered his service.

Pope Francis continued to extend his blessings and measure of hope to the “Amazon region,” which is facing a particularly difficult time due to the pandemic.

“Through the intercession of Mary, Mother of the Amazon, I pray for the poorest and most defenceless in that precious region,” he said.

Back in early March, the Pope was livestreaming Mass after the Vatican closed due to the pandemic. Towards the end of the month, he presided over a moment of prayer and “Urbi et Orbi” blessing in an empty St. Peter’s Square, an address that is typically given on Christmas and Easter and conducted by the Pope on solemn occasions.

Similarly, he conducted the Palm Sunday Mass one week before Easter in a nearly empty St. Peter’s Basilica, accompanied by only a small number of pews with 13 people, each holding a woven palm frond.

Pope Francis delivering Sunday’s service from the window of the Apostolic Palance serves as a symbol of hope for the further easing of restrictions in Italy as well as the binding force of having faith in one another in times of adversity.