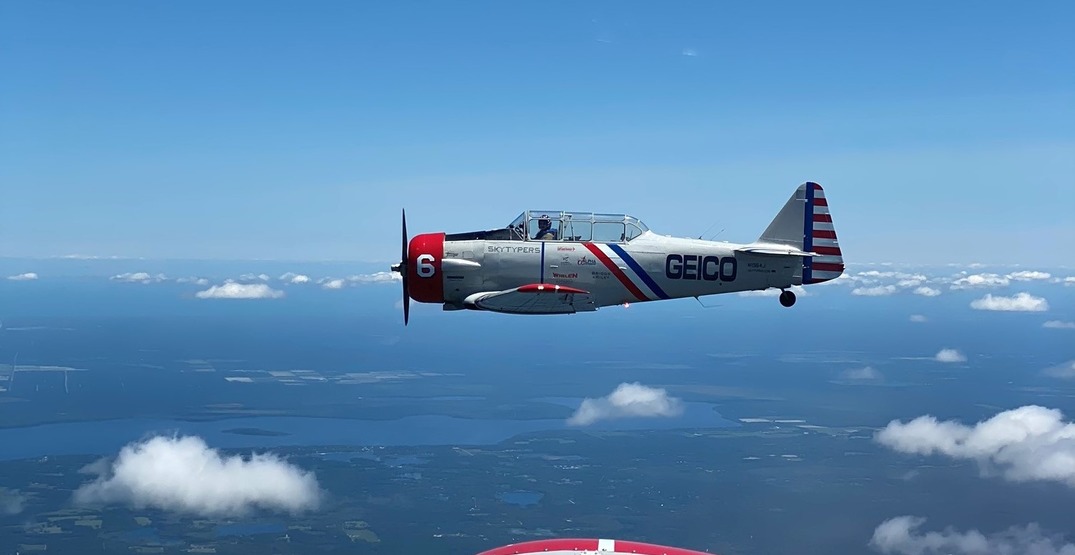 A fleet of World War II planes honoured frontline workers in New York on Tuesday with a touching sky-writing tribute containing messages of appreciation and hope.

Pilots in planes from the GEICO Skytypers Air Show Team flew over hospitals creating the giant messages that were “as tall as the Empire State Building, [spanned] 5-10 miles and [could] be seen in a 15-mile radius,” according to an official press release. The planes also wrote messages above Long Island and Westchester.

The messages not only honoured essential workers, but they also paid homage to all of those affected by the pandemic.

The fleet left from Republic Airport on Long Island before flying above New York metropolitan area hospitals, beginning their first messages at approximately 11:30 am EDT (8:30 am PDT) over Manhattan, the release explains.

They also flew over the Statue of Liberty and down the Hudson River, circling the five boroughs before venturing to Long Island.

“We can’t think of a better way to thank all New Yorkers for their commitment to health and safety, especially those on the front lines,” squadron commander and team flight lead of the GEICO Skytpers, Larry Arken, said in the release. “We will deliver messages of hope and gratitude to the city during these unprecedented times.”

Social media users were quick to post videos of the event, sharing their delight and appreciation for the initiative.

“A fitting tribute to our hometown heroes!” the superintendent of schools in Bay Shore exclaimed in a tweet.

Geico Skytypers flying over Bay Shore @ noon today to offer a message of support for our first responders! A fitting tribute to our hometown heroes! pic.twitter.com/szamUzmP66

The messages provided a touching and creative tribute to express the significant appreciation for those risking their lives to help save others while also serving as a welcomed distraction for residents that surely brought smiles to many faces.

The complete route that the planes flew can be seen below: