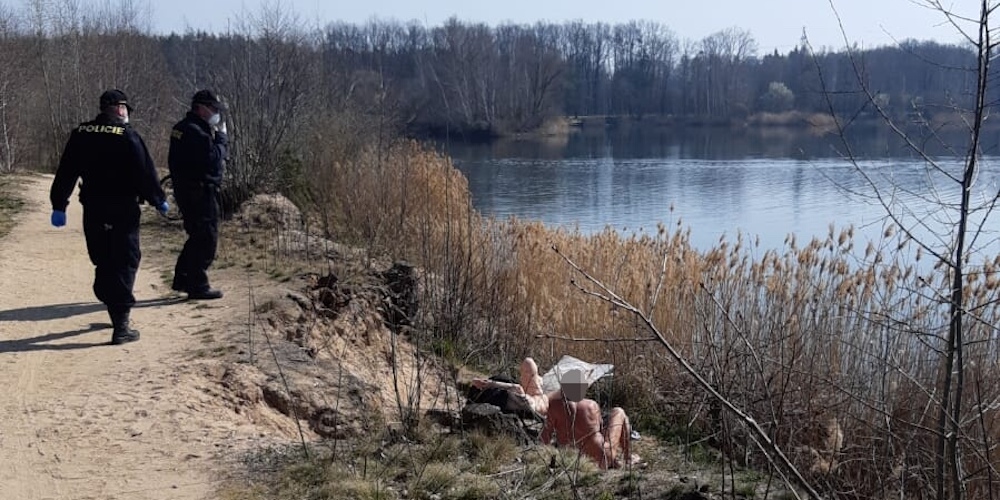 Police of the Czech Republic

If you’ve forgotten your clothes at home, that’s not a problem. If you forget your mask, however, you may be asked to head back inside.

At least, that’s the case across the waters in the Czech Republic.

With 6,499 cases of COVID-19, government officials in the Czech Republic have been enforcing strict regulations, including limiting travel and asking citizens to don face masks at all times.

In the height of concern last month, officers were called out to the small town of Lázně Bohdaneč, where a group of nudists was seen lying out in the sun without face masks. These citizens were asked by police to disperse and cover their mouths.

“Citizens may be in places designed for this purpose without clothes, but they must cover their mouths and observe the numbers in which they can go into nature,” reads a translated police statement.

When the officers returned to check on the sunbathers, they found that most had listened to their plea to physical distance, but they still had to remind about 75 people to cover their mouths.

“We understand that many people do not have a garden and want to ventilate into the countryside, but we all want one thing in common, fully respecting government regulations so that the measures taken can be gradually released.”