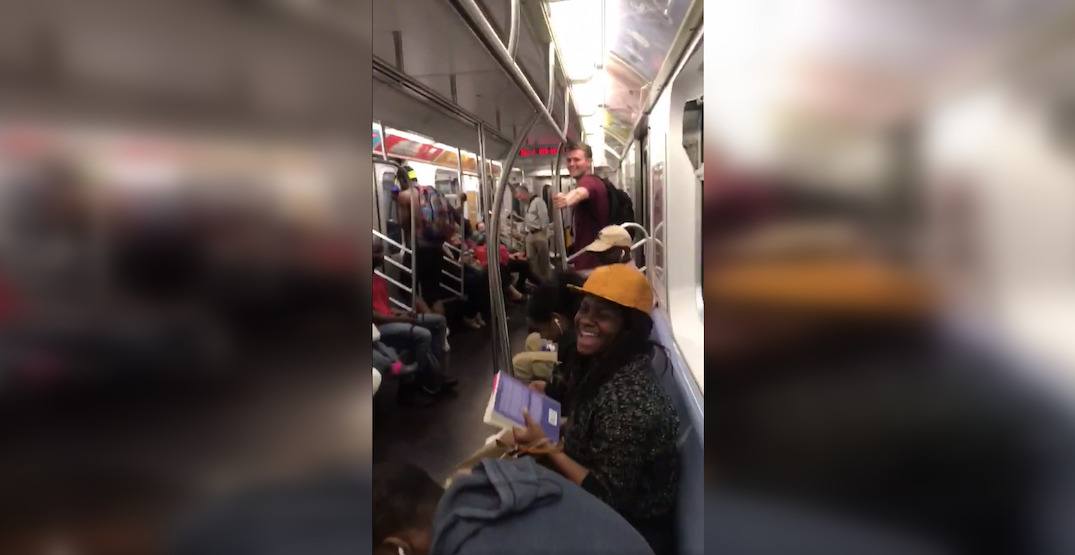 You gotta hand it to New Yorkers — they know how to liven up a morning commute.

Passengers on a New York City subway car broke out a rendition of the Backstreet Boys’ “I Want It That Way” that will put your average public transit ride to shame.

New York’s subway system can be pretty grungy, hosting rats scurrying around the tracks, and is often overflowing with head-down New Yorkers rushing about their lives. It’s dark, kind of smelly, and gets swelteringly hot in the summer.

But sometimes, the subway is where the city shines the most.

You can find live musicians creating sweet tunes using the acoustics of the underground stations. Performers will spontaneously put on a show by swinging around the bars inside the cars. Getting caught amongst a mob of hustling New Yorkers is an experience in itself.

It’s important to find moments to appreciate art and community amidst the hustle of the day-to-day, and that is exactly what happened with the recent Backstreet Boys singalong.

The moment was captured on video and shared on Twitter by Joel Wertheimer, who also happens to be a former associate staff secretary for President Barrak Obama. Wertheimer shared that he was having a tough week but the singalong showed that sometimes “a little magic happens.”

The video has amassed almost three million views since it was posted a couple of weeks ago. It was even retweeted by the Backstreet Boys‘ official Twitter account with the caption: “We live for moments like this 🙌🖤,” and Nick Carter who shared the video with: “Amazing!!”

Get your singalong voice ready and hit “play” below!

Had a really tough week and tonight I was the subway and some guy walks between train cars, shirtless, bumping a speaker. I wasn’t in the mood for Showtime particularly. But sometimes people and life surprise you and a little magic happens. pic.twitter.com/S7o4282SOS