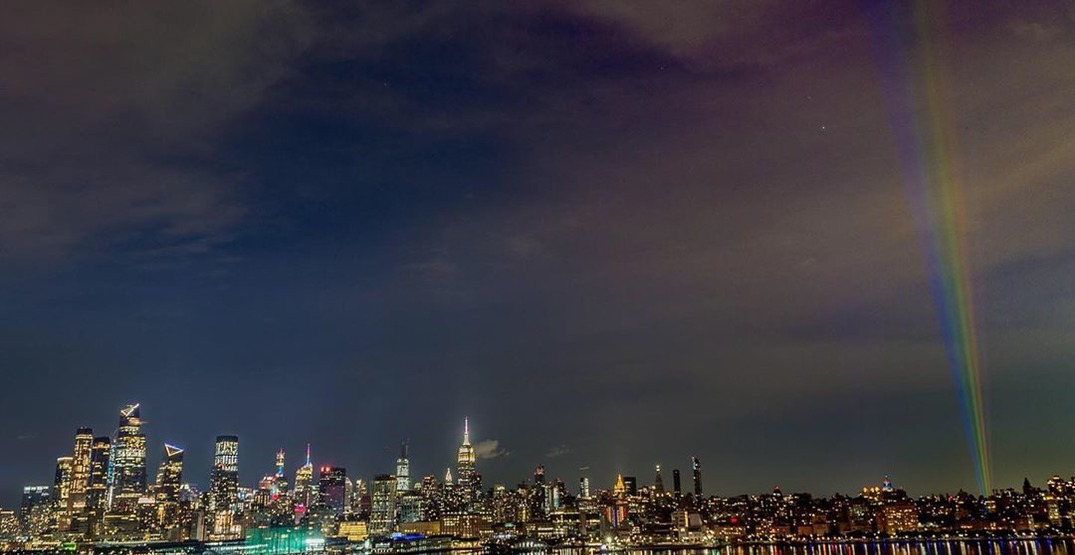 New York City’s iconic skyline is going to experience a sudden pop of colour this weekend in honour of Pride celebrations.

In a collaborative effort between NYC Pride March Grand Marshal and KIND Healthy Snacks, the city sky will be illuminated with a rainbow light installation to honour members of the LGBTQ+ community and its supporters who have “marched, fought, and advocated for equality and respect.”

This year marks the first time in the event’s 50-year history that people are unable to journey from across the globe to join together and march through the city’s streets to commemorate and appreciate the diverse, welcoming, and loving LGBTQ+ community.

The organizations are seeking to provide a silver (or rather, technicolour) lining with this rainbow installation as a symbol of respect and admiration for those pioneering the ongoing “battle for intersectional justice,” an official press release explains.

The light display is located in the West Village, right next to the historic Stonewall Inn, the venue that sparked a movement for the advancement and recognition of LGBTQ+ rights. It will be lit up on Saturday, the night before the 50th anniversary of the first-ever Pride March in New York.

“There has never been a more critical time for people to remember how Pride all began,” Alexander Roque, president and executive director of the Ali Forney Center, the largest US organization devoted to homeless LGBTQ+ youth, said in a statement. “About 90% of the homeless LGBTQ youth we serve are people of colour. The rights our youth have today are because of people, who looked just like them, protested and marched.”

Daniel Lubetzky, founder and executive chairman of KIND, explains in the release that the purpose of the light installation is to keep the magic and motivation of Pride Marches alive while issuing a message to youth to continue to demand “freedom, respect, and equality for all.”