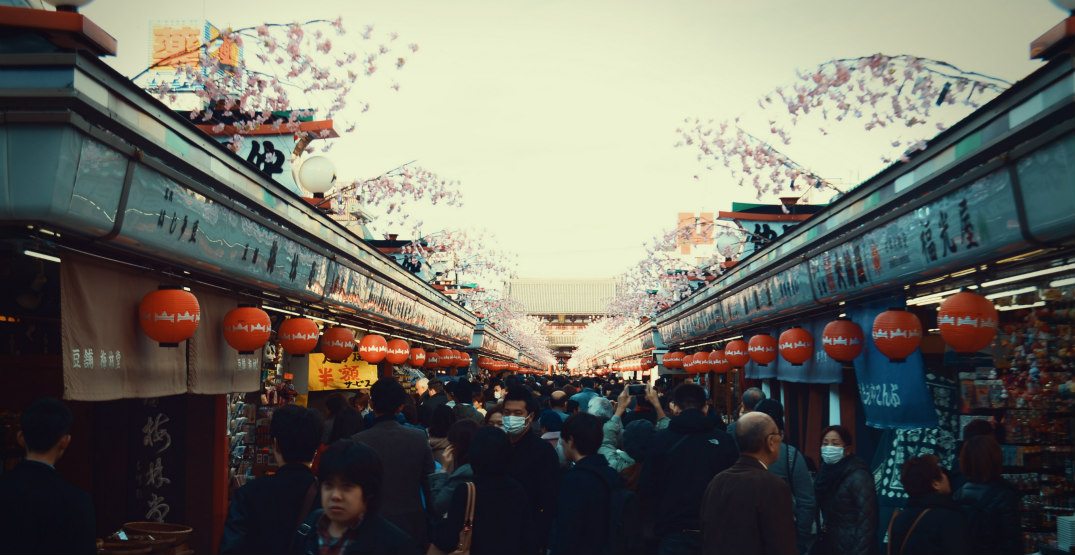 On the way to Senso-ji Temple. (Pexels)

Tokyo is one of the greatest cities on Earth, but you need to experience it on its own terms. If you head to Japan’s metropolitan capital with little knowledge of local manners, customs, and ways of life, you’ll be missing out on what makes the city so amazing in the first place.

Luckily, we’re here to give you a crash course in all of the major Tokyo neighbourhoods, so you know what to see, what to expect, and the best way to be a delightful and respectful guest when abroad in Japan.

So brush up on your bowing, brace yourself for the realization that you’ve been eating sushi wrong your whole life, and bring an extra suitcase for all the clothes and toys you’ll be bringing back home. It’s time to hit the streets of Tokyo! 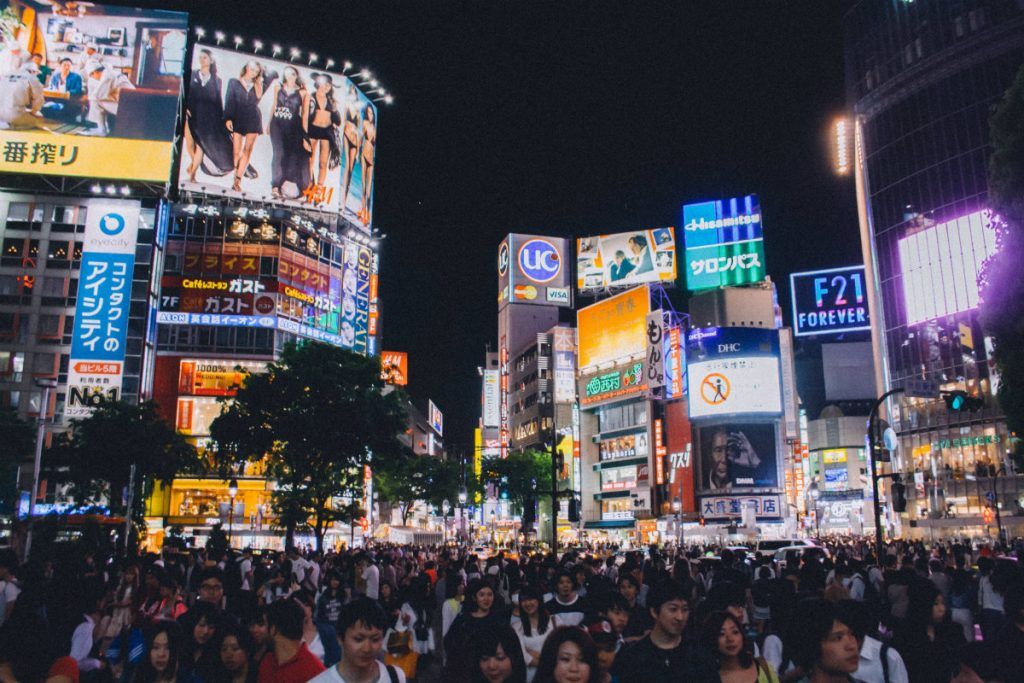 Crossing the street in Shibuya. (Pexels)

Shibuya is what you picture when you think of Tokyo. Its iconic scramble crossing intersection has been featured in dozens of music videos, shows, and movies (Lost in Translation, anyone?), and the entire area is buzzing with activities. From arcades, to shopping (there’s an honest-to-goodness Tower Records here, and it’s awesome), to dozens of restaurants, you could spend a week’s worth of nights here and never do the same thing twice.

Fun tip: Check out Drunkard’s Alley (Nonbei Yokocho), a city block right near Shibuya station crammed with tons of tiny bars with equally tiny space for patrons. You haven’t really experienced Tokyo until you’ve spent an evening in a bar that can fit a maximum of seven people (but somehow is hosting 21). 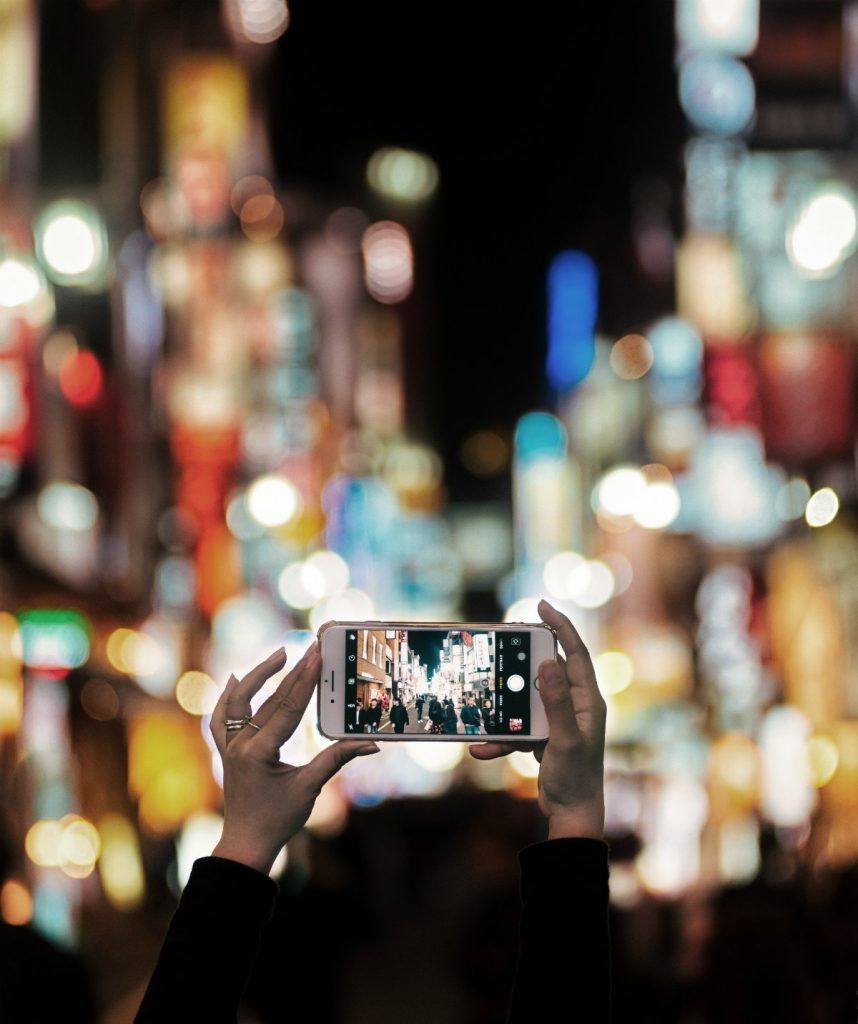 Taking in the sights in Shinjuku. (Unsplash)

The troublemaking older sibling of Shibuya, Shinjuku is a bustling hub of densely-packed retail and business during the day, but it comes alive at night, catering to those looking to get wild.

It’s home to one-of-a-kind tourist spots like the Robot Restaurant (which is more of a high-intensity live performance than a restaurant, although you can get food next door), the legendary drinking neighbourhood of Golden Gai, and Japan’s infamous love hotels for those who have even bigger plans for their evening. 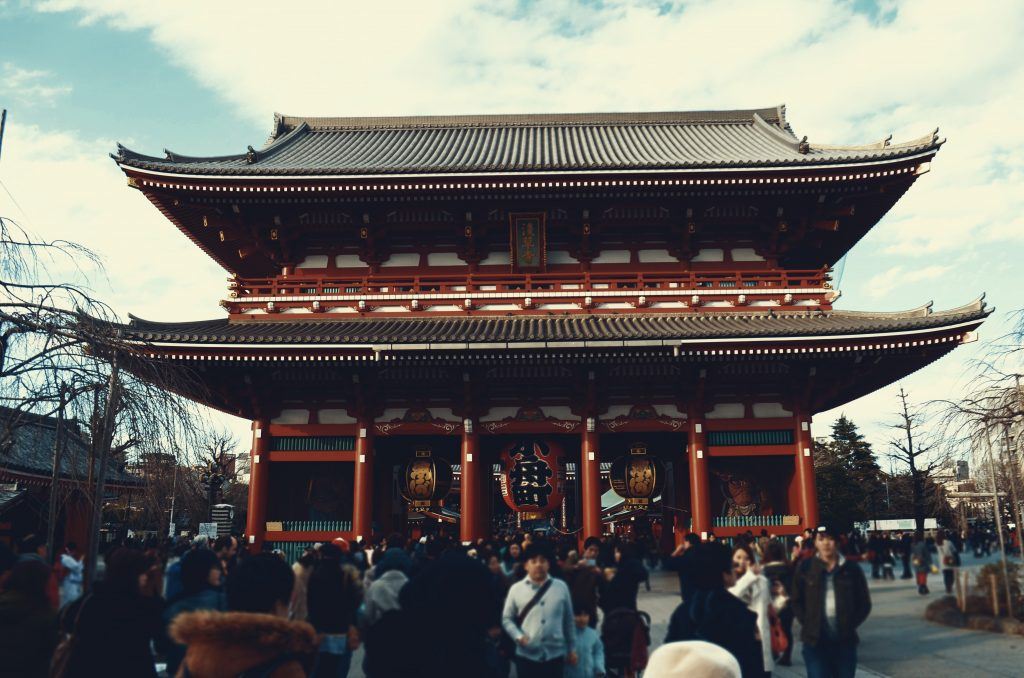 Senso-ji Temple in Asakusa is a must-see. (Pexels)

Despite what we just said, there’s so much more to Tokyo than drinking and eating. Look no further than Asakusa to enjoy a welcome glimpse into the traditional and spiritual heart of Japan. This area (alongside nearby neighbourhood Ueno) celebrates and preserves an older era of Tokyo architecture, with the crown jewel being Senso-ji, the oldest temple in the city.

One of the few places in the city where you can reliably see more locals than foreigners, the temple is a sight to behold. Make sure to select a paper fortune for yourself before heading inside the temple, offer some pocket change and a prayer, and get a blessed charm from one of the priests for your future travels. (And like everywhere in Tokyo, cash is king; bring your wallet.) 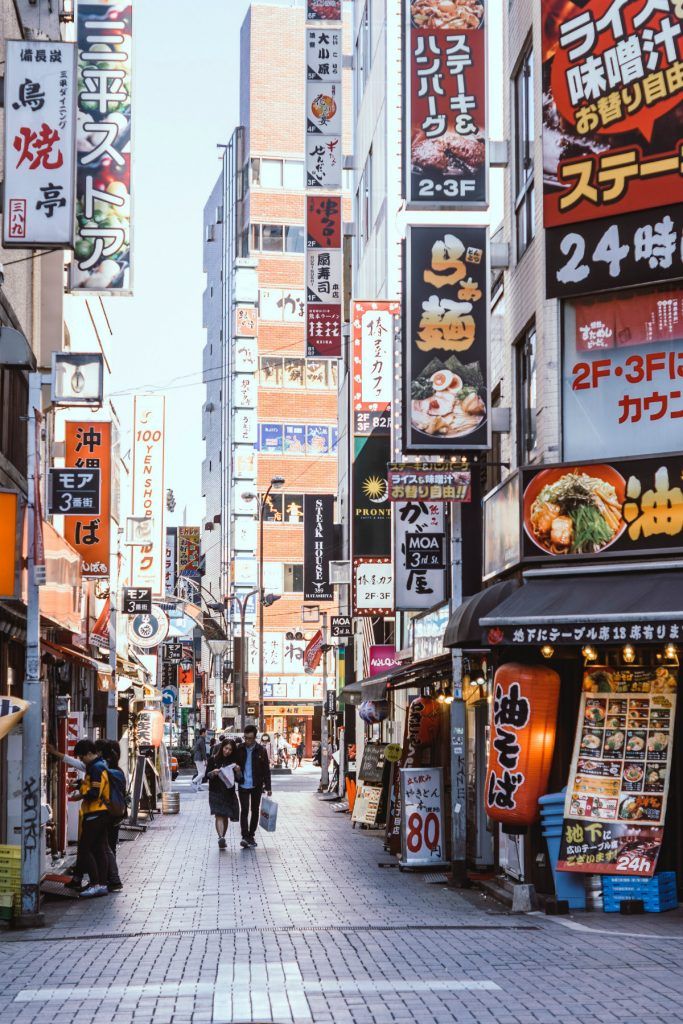 Get ready for shopping in Harajuku. (Unsplash)

You knew about this one from reputation alone (thanks, Gwen Stefani), but nothing can prepare you for the reality of this fashionable strip of pedestrian road. Harajuku isn’t just about fashion; you can find tons of tasty and portable snacks (treat yourself to a Japanese-style crepe), and every shop and boutique is worth checking out. But we know why you’re here.

Fashion in Tokyo isn’t to be taken lightly, and the sizes run smaller than anything you’re used to in North America. But if you can find something that fits (and can live with the price tag — this is a world-famous fashion hub, after all), you’re guaranteed to walk away with a statement piece that will turn heads anywhere in the world. 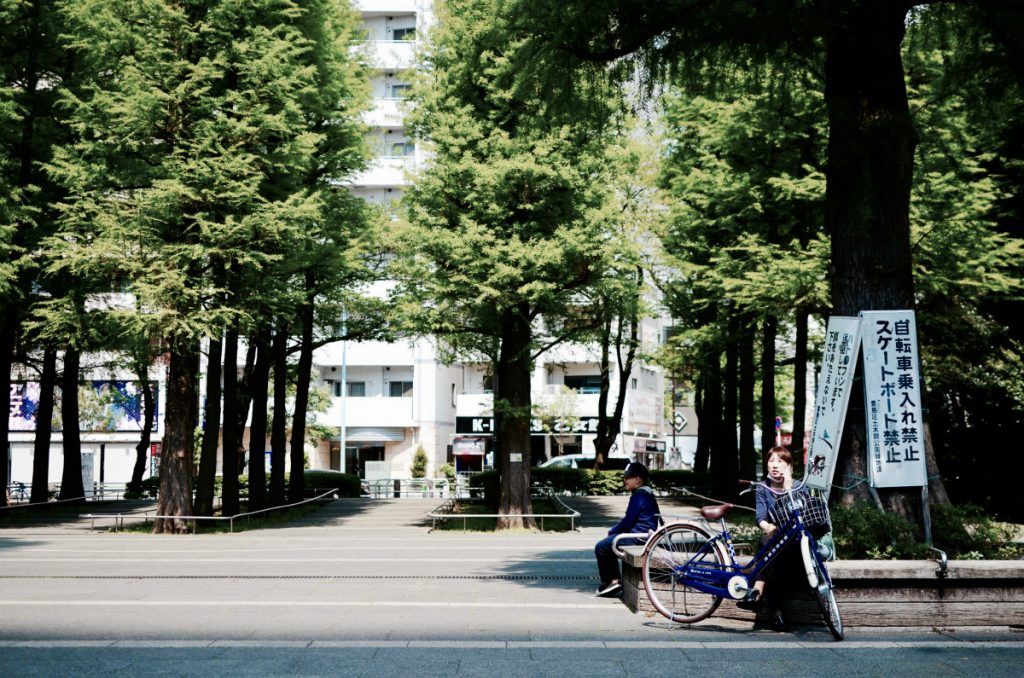 Don’t sleep on Ikebukuro, but consider sleeping in it. One of the major train hubs in Tokyo, it’s easy to overlook this neighbourhood for its flashier siblings. But that makes it a great candidate for a home base during your stay in the city. It has everything you could want in the city — restaurants and bars galore, a good dozen arcades, and a good selection of modern hotels and traditional Japanese inns (called ryokan) that every traveller should try at least once.

And, not to make a big deal out of it or anything, but Mutekiya, a local ramen restaurant, might make the best bowl of noodles in the entire world. And their near-constant lines around the block attest to that. Show up early, get ready to wait, and you’ll never regret it. 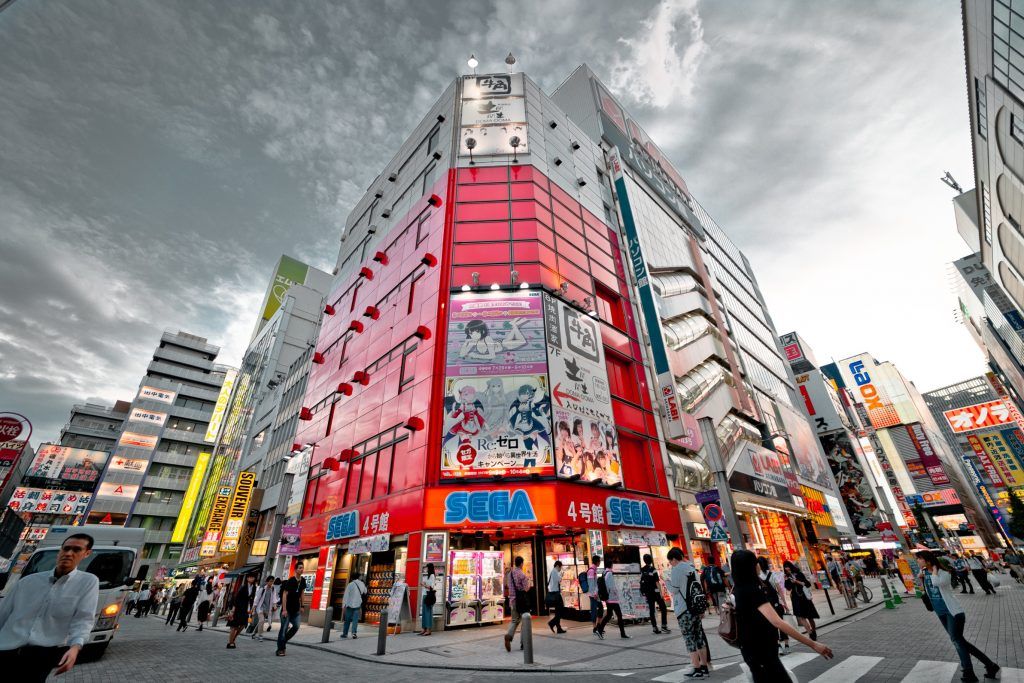 Get your game on in Akihabara. (Unsplash)

Known as Electric Town, Akihabara is nerd central, in the best way. Fans of video games, manga, anime, and any other type of enthusiast pursuit will feel right at home here. But unlike certain Canadian West Coast cities that make it illegal to play video games in bars, there’s little to no stigma about these types of things in Tokyo.

Roll up to an arcade and you’re just as likely to see some young women in high school uniforms blowing up their rivals in a robot battle as you are to see a middle-aged office worker blowing off some steam with a music rhythm game.

And if you have a more adult-focused type of playtime in mind (this is a judgment-free zone, have fun!), the area has its fair share of hostess bars (think Hooters, but with more one-on-one talking), maid cafes (think Hooters, but with French maid outfits and less chicken wings), and sex toy shops (no explanation needed). If you want the full Tokyo retail experience, make sure to check out the Don Quixote department store, it’s like London Drugs, on drugs. 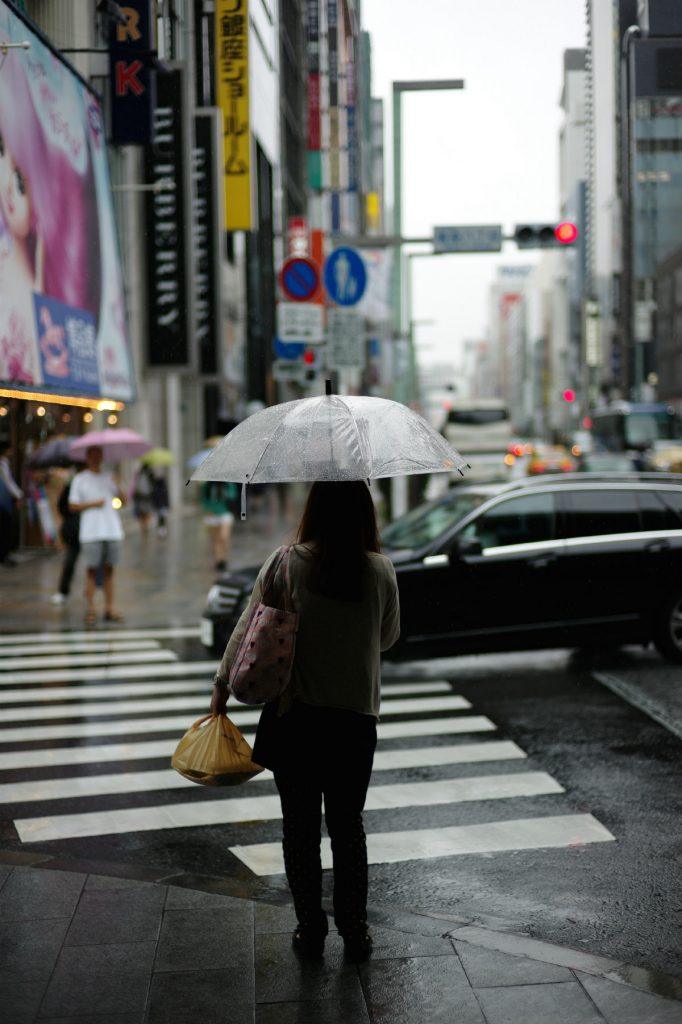 Crossing the street in Ginza. (Unsplash)

This is the bougie part of town. The welcoming storefronts and compact streets of the other districts in Tokyo give way to the skyscrapers and sprawling storefronts of Ginza, where the fashion is high and so are the standards. While there are some awesome restaurants and shops in the area (including the flagship Sanrio store, where you can get all the Hello Kitty merch your heart desires), the real thrills of this area will be out of reach for someone without the right cash, connections, or both.

The most famous tourist destination area, by far, is the Tsukiji Fish Market. Sadly, it recently closed its doors to tourists and relocated to another part of the city, but the building itself (and the tourist-friendly outer market, full of traditional Japanese food and snacks) is still proudly open for business, so it’s absolutely still worth the trip. 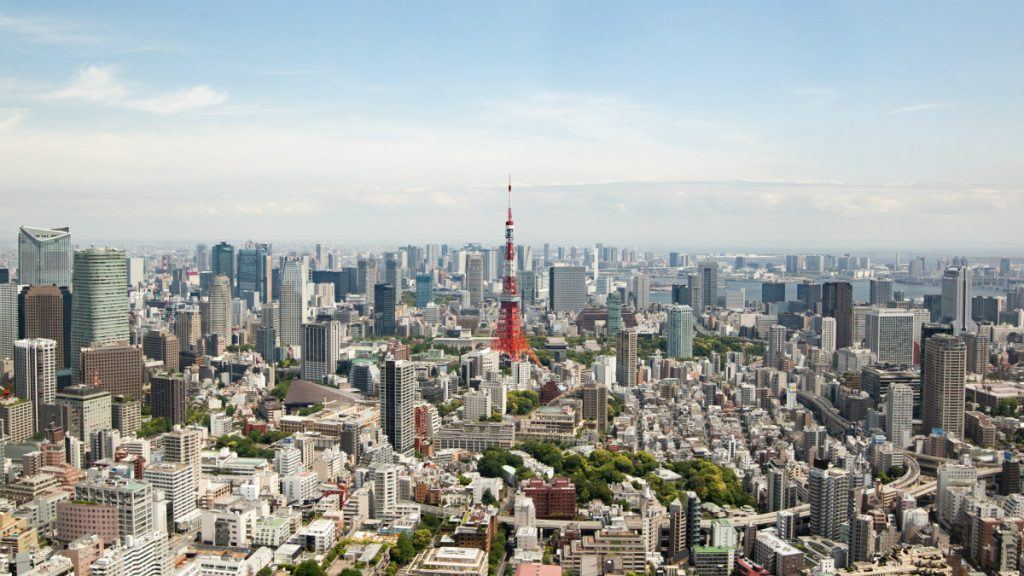 An overhead shot of Roppongi and Tokyo Tower. (Unsplash)

This is where the foreigners drink, so you should prepare to do the same if you visit Roppongi at night. It’s a lively, pedestrian-friendly area with a bar on every block and hours going well into the early morning. And if you ever lose your bearings, Tokyo Tower is a short walk away.

Tokyo Tower is a must-see, and a must-visit. The bottom floor is home to an aquarium, with the middle of the tower serving as a permanent museum/theme park for the popular manga/anime, One Piece. But if you’re there for the views, buy a ticket and head straight to the top for some amazing photo opportunities, a view straight to Mt. Fuji (on a clear day), and a special mailbox to send your loved ones a postcard from the top of a famous tower. 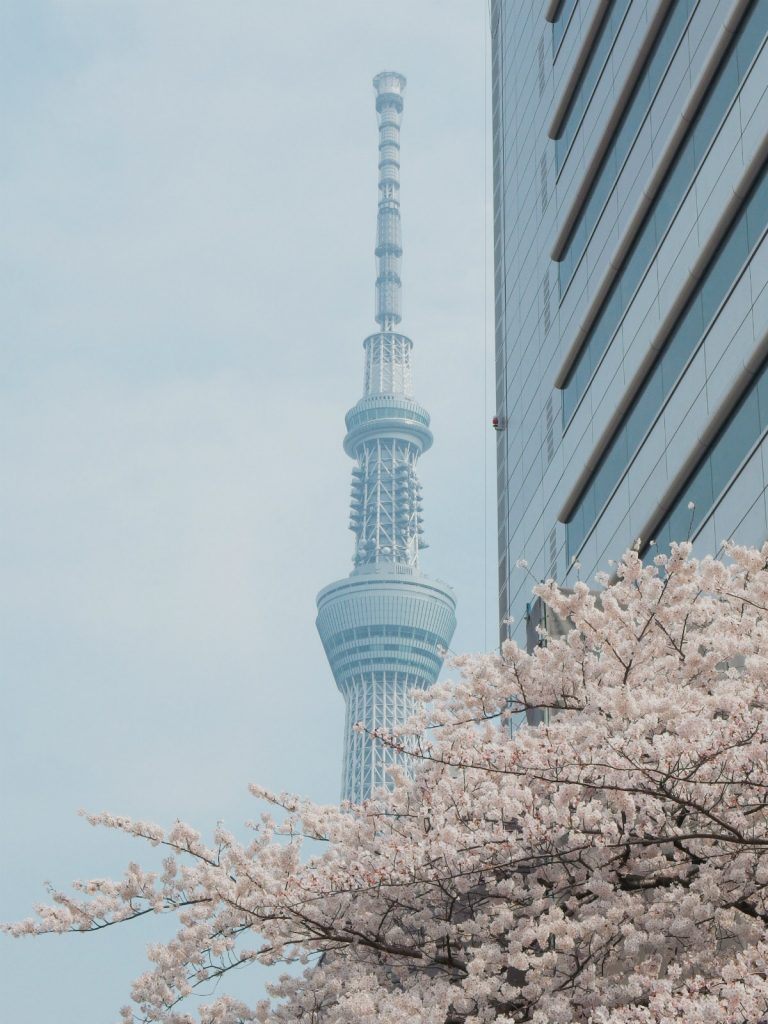 The Tokyo Skytree behind a cherry blossom tree. (Unsplash)

But why settle for just one tower? Sumida is an old-fashioned riverside neighbourhood that was vaulted into modernity with the creation of the Tokyo Skytree tower and the accompanying Skytree mall, both of which seem like they were created by aliens and gently placed in the middle of the area.

The Skytree is a broadcasting tower that holds the record for the tallest structure in Japan and the tallest tower on Earth, while the mall is a vertically-oriented slice of retail heaven. Come for the IG-worthy shots of the Skytree at night, stay for an unplanned shopping spree. 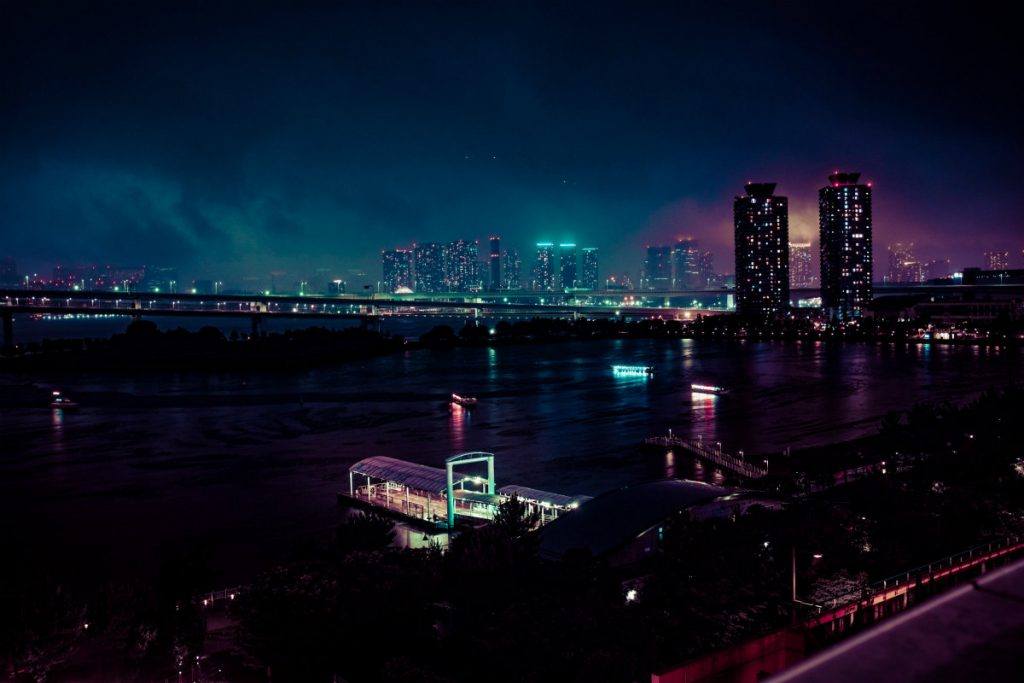 Last, but certainly not least, is Odaiba, Tokyo’s newest neighbourhood and an area that feels like the shape of things to come. Built entirely on a man-made island in Tokyo Bay, you can’t take the (amazing) subway here, you’ll have to walk across the Rainbow Bridge from the Shimbashi neighbourhood to reach it. But it’s worth walking on water to see the unrestrained, futuristic architecture up close.

Home to the mall/arcade Aqua City, the Panasonic Theatre, Fuji TV headquarters, and occasionally a giant robot (specifically, a scale 1:1 model of the iconic Gundam mecha), Odaiba is the perfect futuristic way to end your trip to one of the most forward-thinking cities in the world.

But that’s not all — depending on who you talk to, there are as many as 47 (!) unique neighbourhoods in Tokyo, and when the public transit system is this good, you don’t have an excuse not to visit them all. Happy travels!

Go find the ramen spot of your dreams and share it with us on #dailyhivemapped.