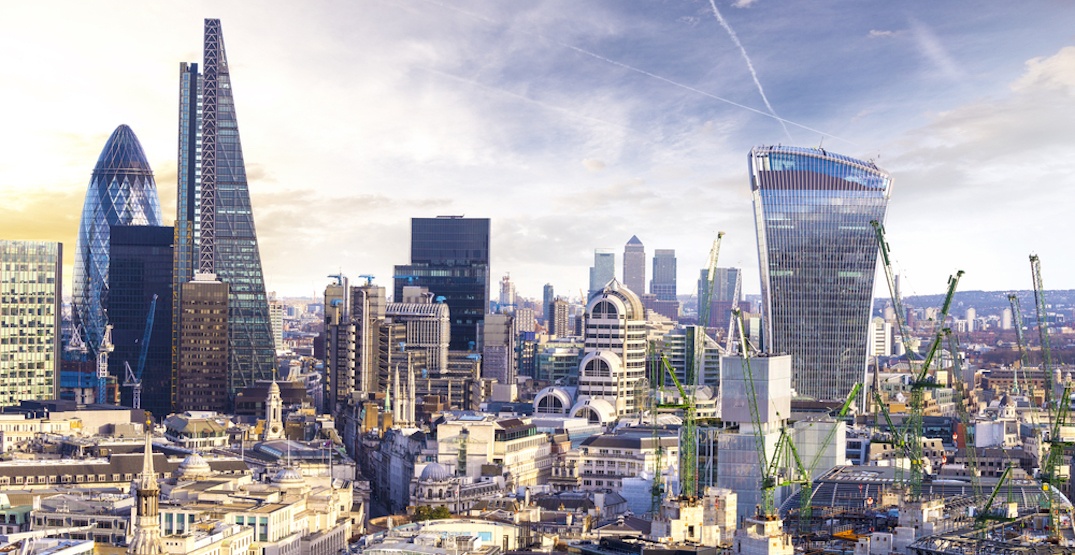 The word London invokes visions of red double-decker buses, black taxicabs and signage reading ‘UNDERGROUND,’ and for good reason. Located all throughout the city, these means of transportation are a handy way to experience London for all it’s worth.

But where to start?

Today, ‘London’ refers to the City of London proper, plus the 32 surrounding boroughs that make up this incredible world metropolis of almost nine million people. However, despite its massive size, London is super easy to get around. Plus, as the city has grown and gentrified, many of the areas that were once not as appealing to tourists have become some of the hippest spaces of the city to explore.

So, load up your Oyster card and get on out there with our neighbourhood guide (because well, London’s huge and you gotta start somewhere). 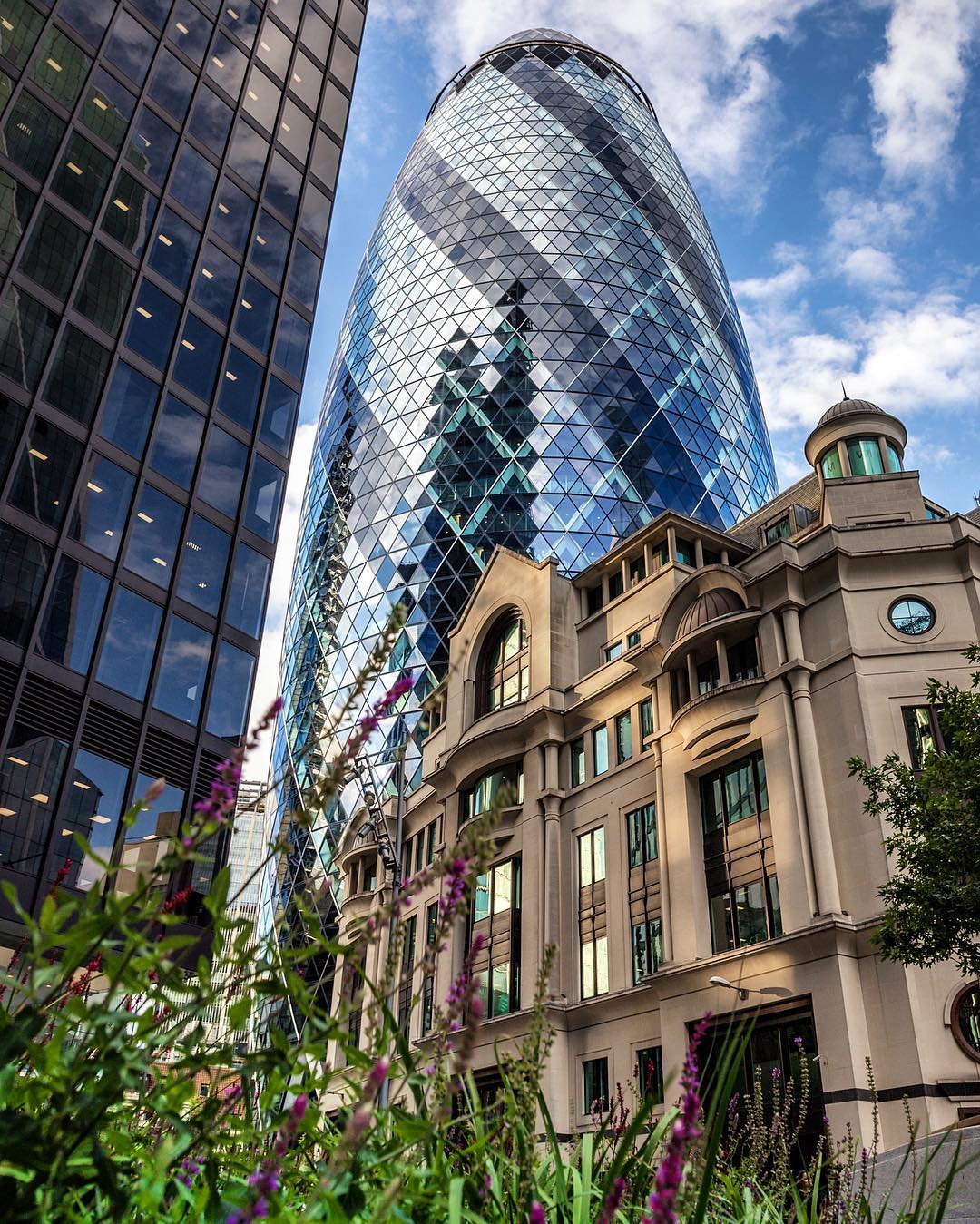 It makes sense to start here because this is quintessential London. The city’s core was established back in the time of the Romans. As such, it’s the historic and primary business centre. You’ll even find remnants of the old city walls here, near Barbican Centre close to the medieval Tower of London.

This area is sometimes also called the “square mile” – because that’s how big it is (or rather how little London once was). This is where you’ll find the Guildhall, Bank of England, the Royal Exchange, and other administrative points of interest (if you’re into that). Other notable more cultural sights include Smithfield Market, the Monument to the Great Fire of London, and St. Paul’s Cathedral.

If you’re really into modern architecture, this is a great place to start as well because you’ll see a lot of the stand-out buildings of the London skyline that have been hilariously dubbed – including the “Walkie Talkie” (20 Fenchurch, home of the Sky Garden), “the Cheesegrater” (122 Leadenhall), and “the Gherkin” (30 St Mary Axe). The Lloyds Building is also worth checking out with its strange-looking elevator. 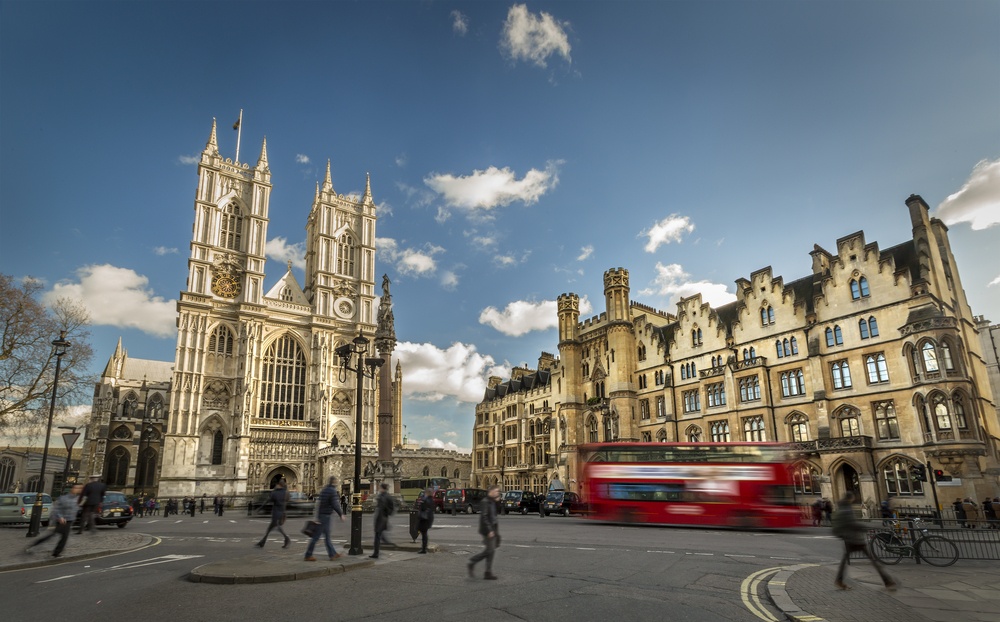 Walk along the Thames (pronounced “Temmes”) and stare up at Big Ben as you make your way to Buckingham Palace, St. James Park and Palace, and Westminster Abbey (where Kate and William got married FYI).

You can also stop by 10 Downing Street to peer past the guarded gates at the home of the British Prime Minister, as you make your way up to the famous Trafalgar Square. There, you’ll find some great museums, including the National Gallery and the National Portrait Gallery. 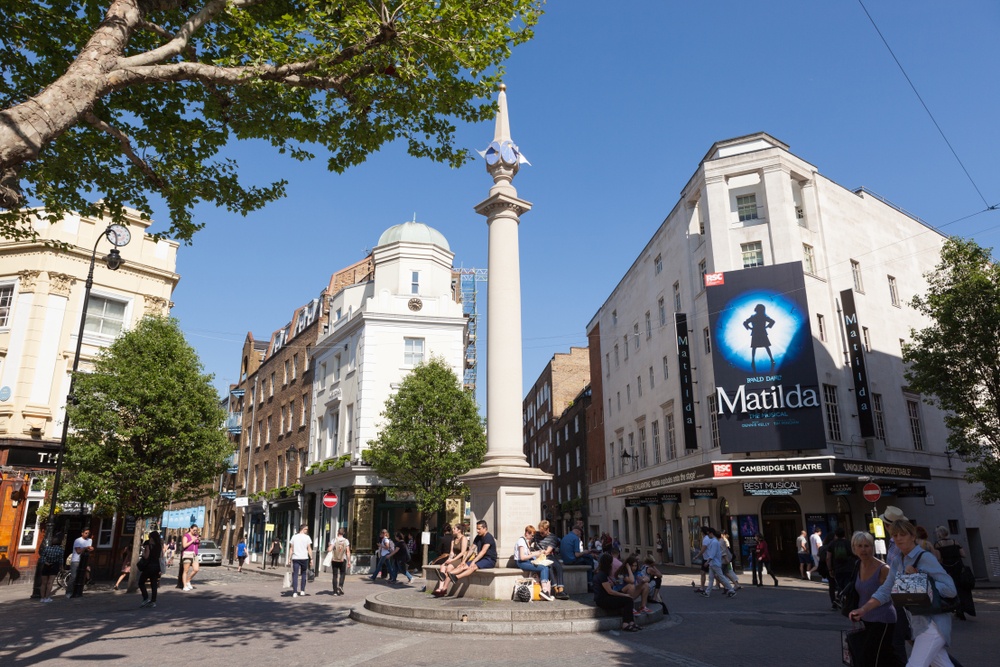 Soho is cute any time of day, and the West End theatre district draws in crowds that spill over into nearby pubs when shows end, day and night. (Leicester Square is pronounced “Lester” Square, in case you’re asking for directions and don’t want to come across as a complete “nonce.”) Plus, Chinatown is a tourist favourite, so it’s always buzzing.

For shopping, explore Seven Dials and Carnaby Street in Soho, and poke your head around Covent Garden and its lovely indoor market. The surrounding shops include British favourites like Mulberry and Burberry. Many have unique displays (take for instance Melisa, which usually has some kind of cool brand activation going on inside). Covent Garden is also a great place to go for a fun romantic dinner or a glass of wine with the girls, as the area is sprinkled with lovely patios and terraces.

You will likely pass through Picadilly and Oxford Circus at some point on your jaunt around the area. Prepare for crowds, big stores, and where nothing quite feels “at leisure” – even walking. Try to head down Regent Street – along the western edge of Mayfair. It’s much more refined and has a very sophisticated big-city feel. For a less intense shopping experience, head to Sloane Square to the west with similar labels and some department stores for convenience. 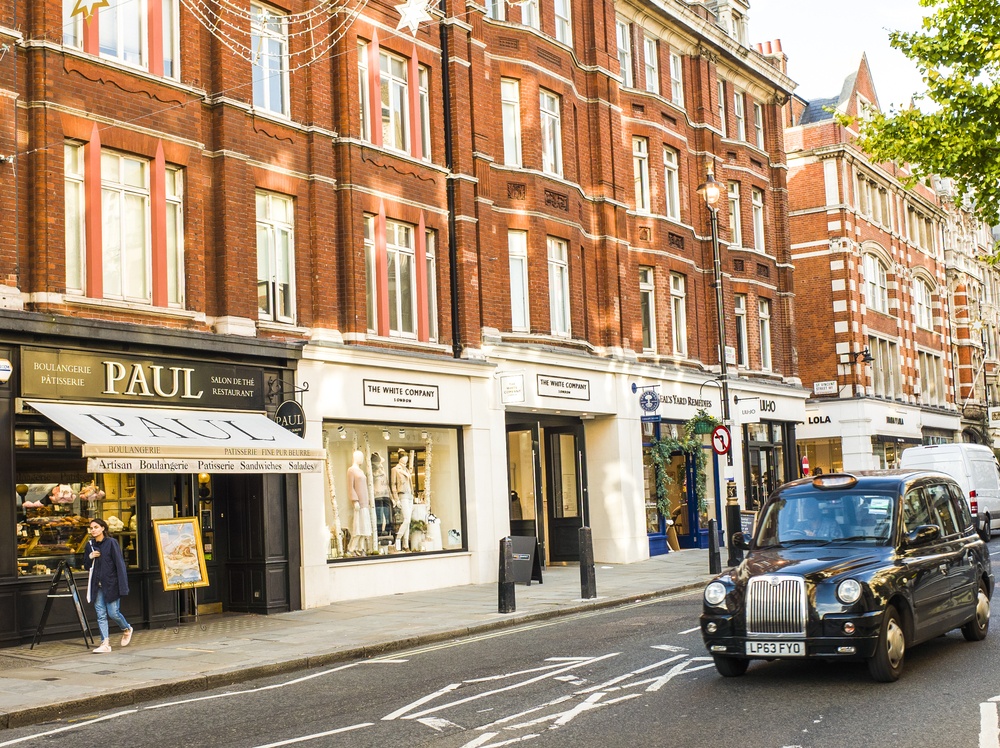 Marylebone (pronounced “Mar-leh-bone”) is a really cute area and its stretch of high street is not to be missed by those who like to shop and take in that quaint neighbourhood feel. Expect windy cobblestone side streets and a main shopping road of bookstores, fashion boutiques, and unique restos and cafes.

Take a break in Regent’s Park (the home of the London Zoo) and consider walking down Regent’s Canal towards Camden Town (or take a riverboat!). But not before you make a stop at Baker Street’s most famous address nearby (hint: it’s 221B). Oh and there’s also the worldly collections at the British Museum, the archives at the British Library, and the quirky Wellcome Collection – all in a day’s work. 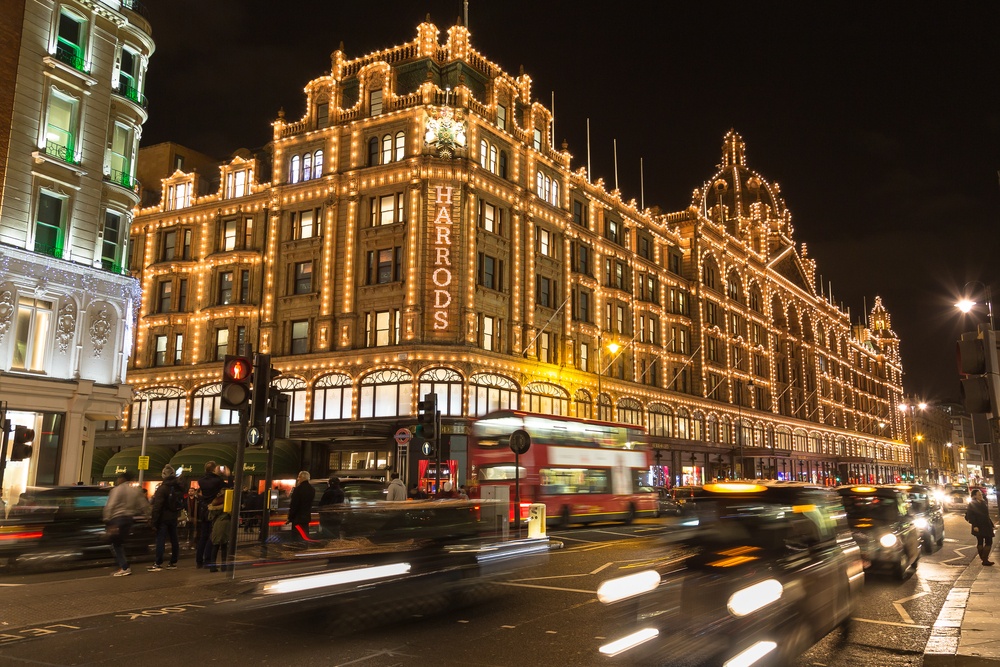 Spend a day feeling like a million dollars (or rather, pounds) in West London’s royal borough of Kensington and Chelsea. This area is known for its expensive shops and restaurants that cater to its affluent residents. The Natural History Museum and Victoria & Albert Museum are also nearby as is the incredible Hyde Park, so it’s well worth the visit even if your shopping budget’s on the low end. Of course, you can also just do some window shopping – we recommend taking a stroll around the famous Harrods department store. (It’s an extra treat if you happen by at Christmas when the shop displays are in full swing.) 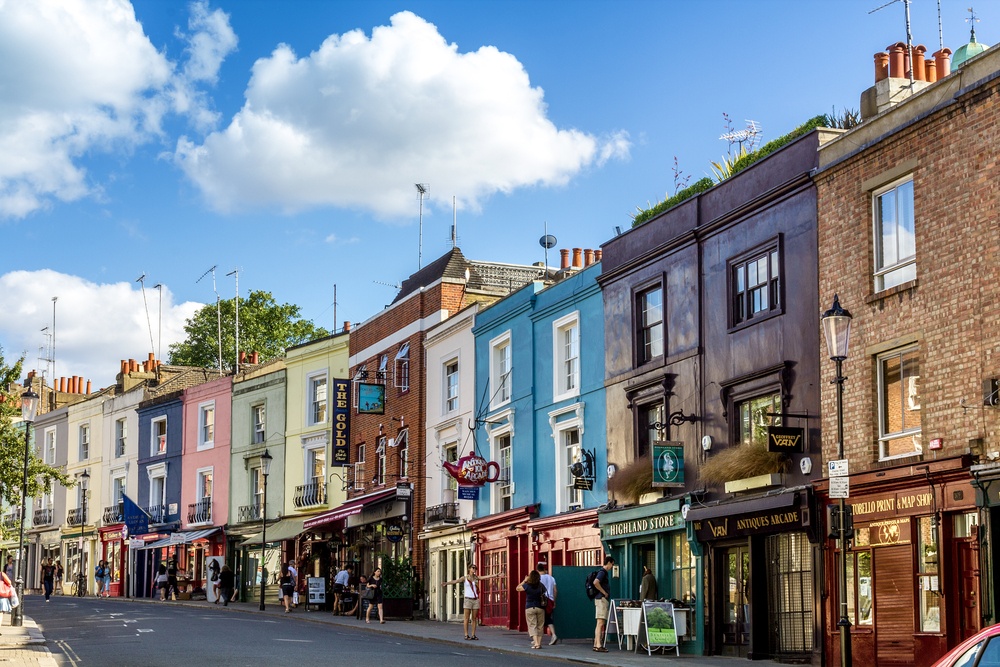 You’ll know this one from the movies but you have to experience it in person to truly appreciate the quaintness of this lovely, colourful neighbourhood. It’s a shopper’s paradise on Westbourne Grove for those with a budget, as well as in the vintage shops along Portobello Road, south of the market. Expect higher price tags but also true vintage quality in mint condition. On the way, snap a shot of George Orwell’s house, recognizable only by the blue plaque that hangs on the building’s facade – still so cool.

Portobello Road Market is super crowded on weekends so expect to move slowly and test your patience as you wiggle your way through crowds amidst the stalls. But it’s all a part of the experience. Stop for some street crepes or a delicious item from the multicultural food stalls to refuel. 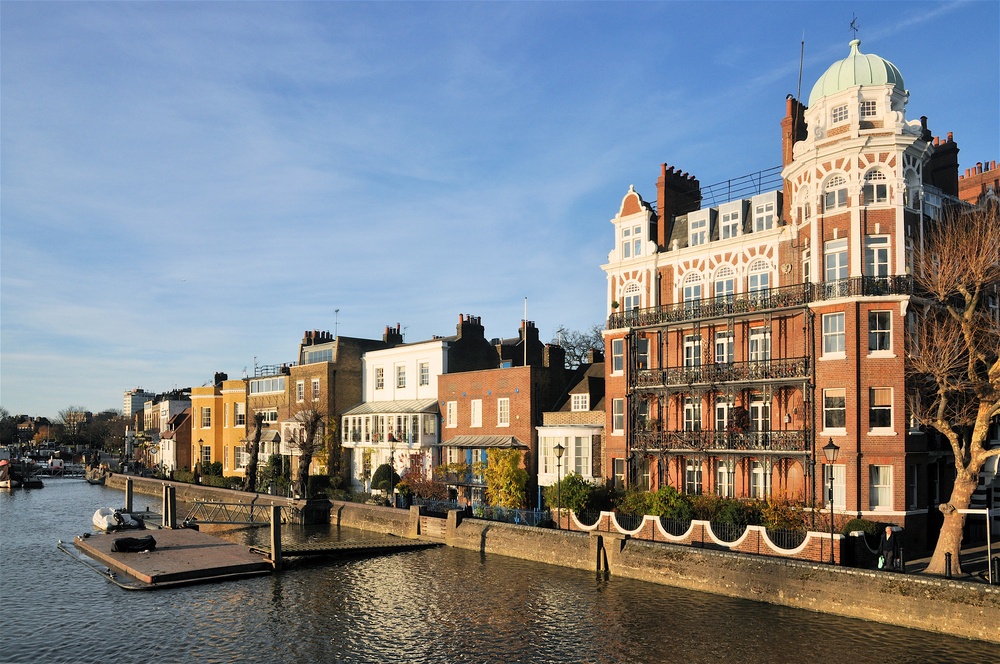 Not often frequented by tourists, the borough of Hammersmith and Fulham is worth the trip on one of the many tube lines that will take you there. At first glance, it looks a bit dilapidated as King Road looks quite busy with through traffic, however, if you head down to the river you’ll see why this arty neighbourhood is on our list.

Along the Thames riverwalk, you’ll find a lovely picturesque bridge, some of the city’s most historic pubs (including the world’s smallest, The Dove), and a lovely line of prep schools (think: rowing club teams training on the river – swoon!). The Fuller’s Brewery is also nearby if you want an ale straight from the source. 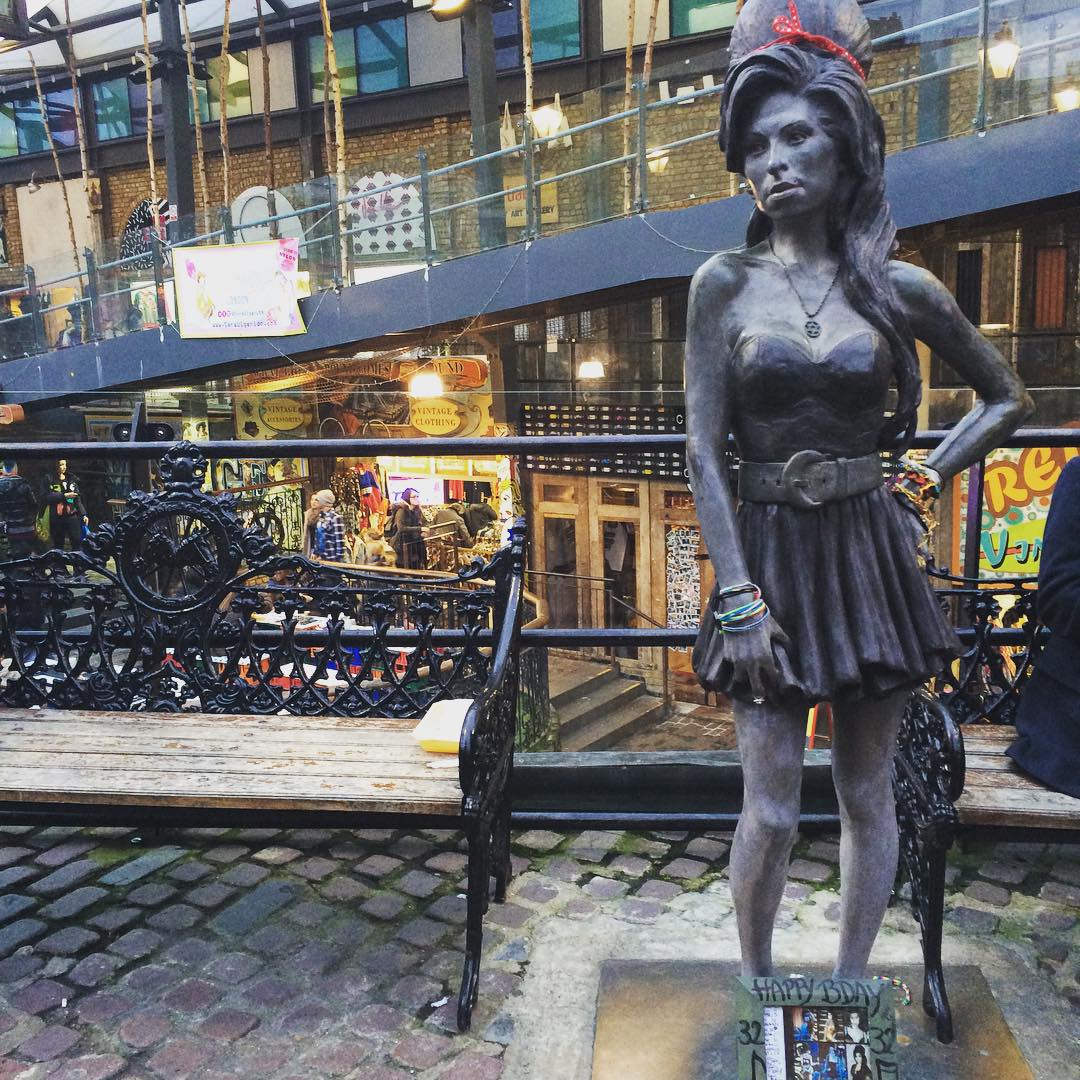 While popular with tourists, Camden is known for its massive market on the canal where you can find all kinds of oddities, cheap t-shirts and sneakers, and indie artsy stuff. You can hang out for some delicious takeaway food or head inside and make your way through the cavernous Stables Market (once a horse hospital, of all things).

Camden’s other, less commercial darker side, screams counterculture. As a haven of punk culture, it’s where Londoners head for a thriving nightlife of dive bars, indie music venues, and alternative clubs. 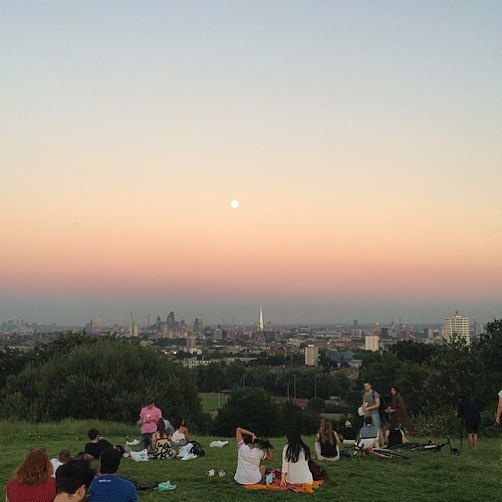 If you need a breath of fresh air, head north till you reach Hampstead Heath (which incidentally was also where many Romantic writers went to escape the city’s chaos). The massive public green space is full of walking trails, a visible aqueduct, and the famous Kenwood House where you can stop for a tea and a biscuit before walking up to Parliament Hill to take in the London skyline. If you venture into the “village” itself (because that’s what it once was, and still feels like), you’ll find some of London’s oldest pubs and restaurants along curvy cobblestone streets once frequented by the likes of Samuel Johnson, John Keats, and DH Lawrence. 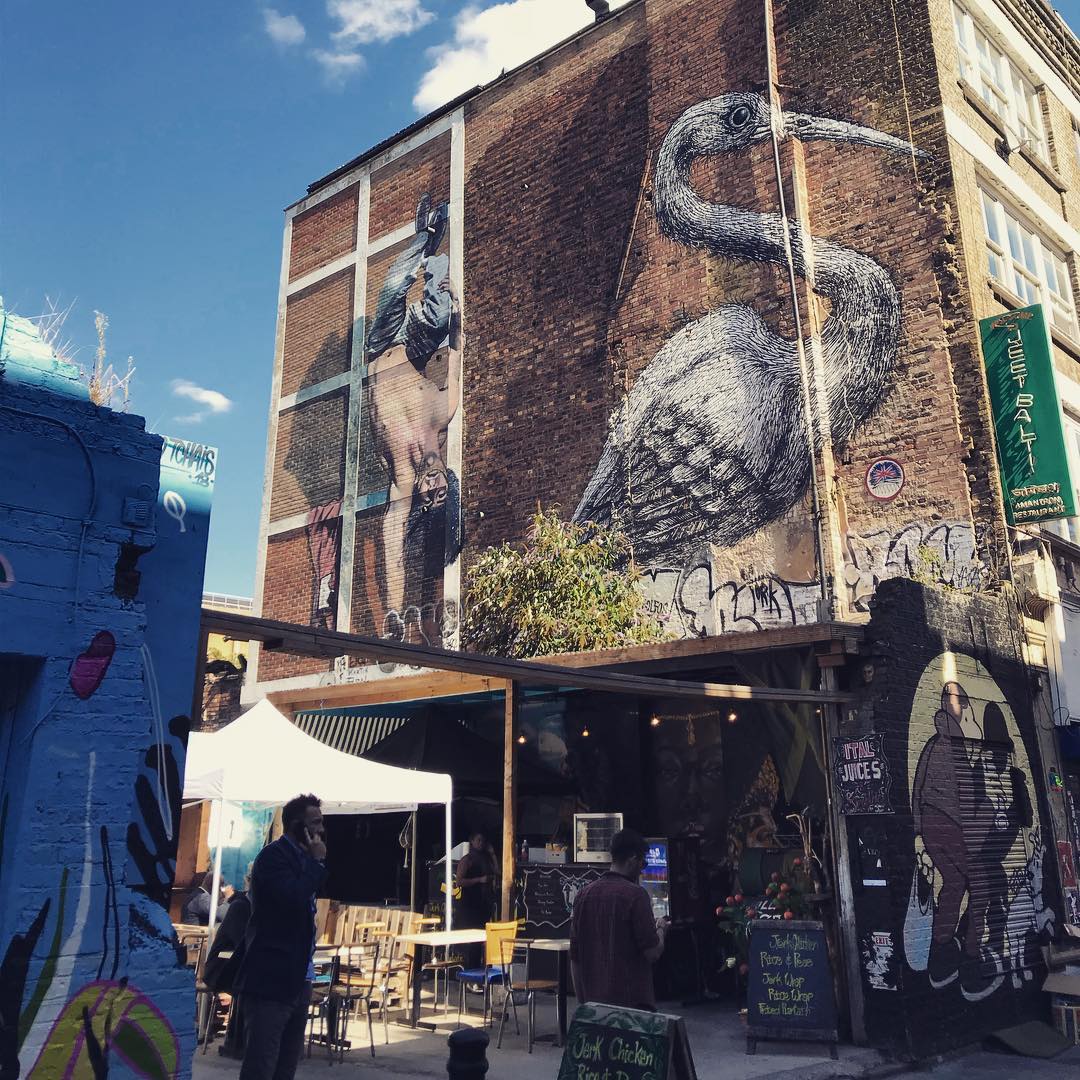 No trip to the city is complete without a proper outing (or two) to London’s East End, the home of the original hipster. Head to Brick Lane during the day for some proper vintage shopping at the market and delicious Bangladeshi food (weekends are best) and venture into the side alleys to find jaw-dropping street art by world-famous artists like Roa and Martin Ron. If it’s raining, head to Old Spitalfields Market, an old Victorian covered market with clothing stalls, bars and plenty of dining options.

Boxpark in Shoreditch near the station is also a great spot for hangouts over drinks and food during the day. At night, head towards Old Street and the surrounding area to find the hottest spots for clubbing (the sound of lit crowds will guide you). 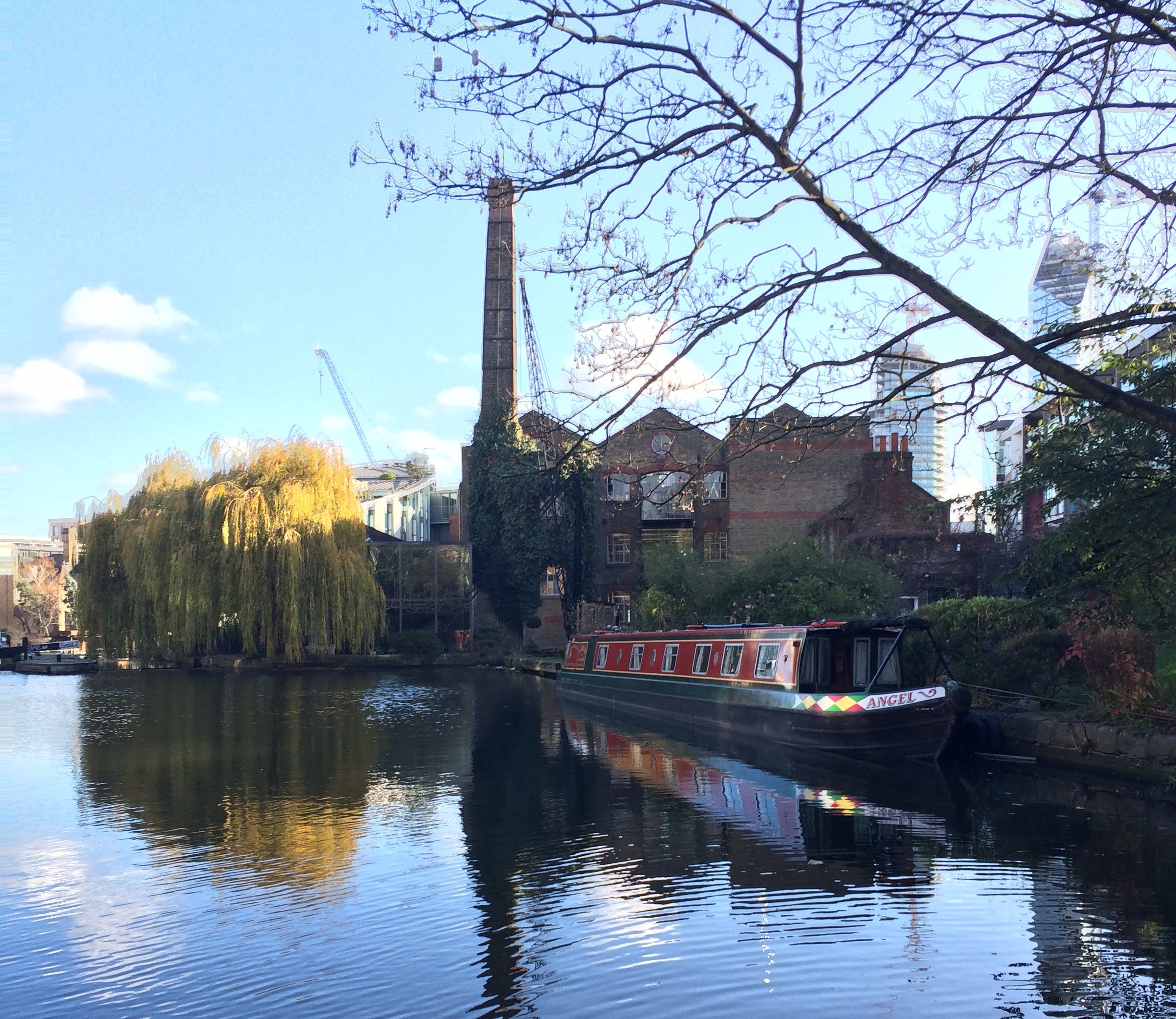 If you have the time, it’s worth heading up to Islington (Angel is a major hub), for its “hipster-yuppy” vibes and thriving arts scene. There’s also a lovely canal walk buzzing with cafes. The rising prices in London have drawn a lot young hippie professionals further east, over to Hackney and further north in Stoke Newington, which is now the cool place to live and hang out if you’re a Londoner. These neighbourhoods have definite alternative vibes, cool indie shops and cafes – and you definitely won’t feel like you’re among tourists. 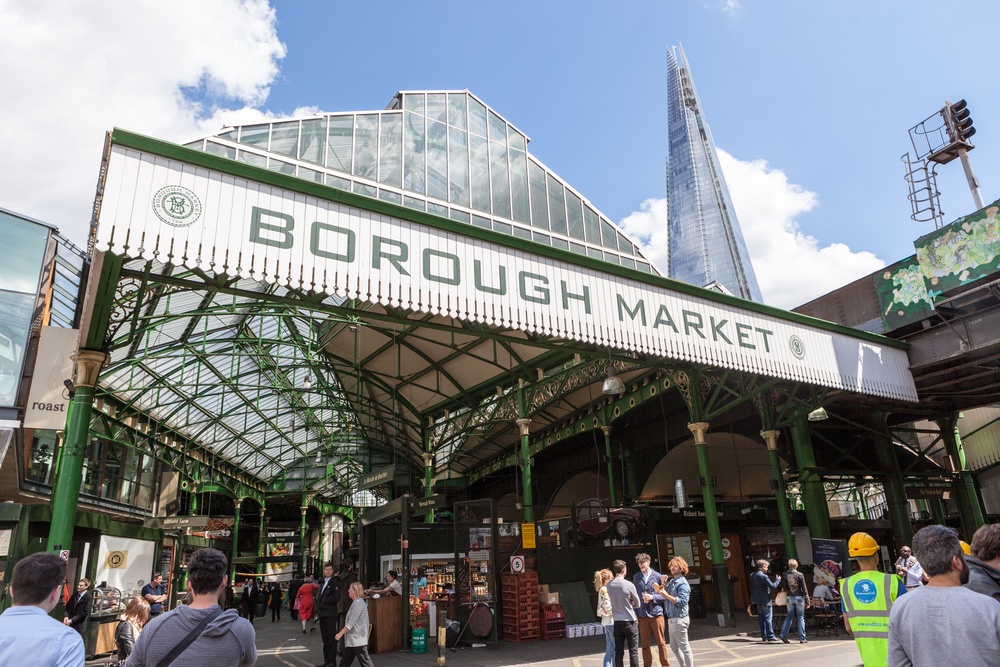 Take a walk over Tower Bridge (the iconic bridge which is not called London Bridge) and over to the south bank’s Borough Market, London’s most renowned food and drink market (you’ll see why when you get there). Stuff your face on samples of artisan cheeses, fresh-baked pastries, pasties (pronounced “pah-stees”), and award-winning meat pies, then wash it all down with an ale at a nearby pub that’s likely in a building from the 17th or 18th century.

Art lovers will definitely want to make a stop at the Tate Modern or check out an outdoor show at the Shakespeare’s Globe Theatre. Outside either, you can usually find buskers and various fun in the summer happening along the bank, including a book fair by Waterloo Bridge near the National Theatre. Nearby, you’ll also find The Shard, which is worth a trip up the elevator to one of its restaurants to take in some epic city views. 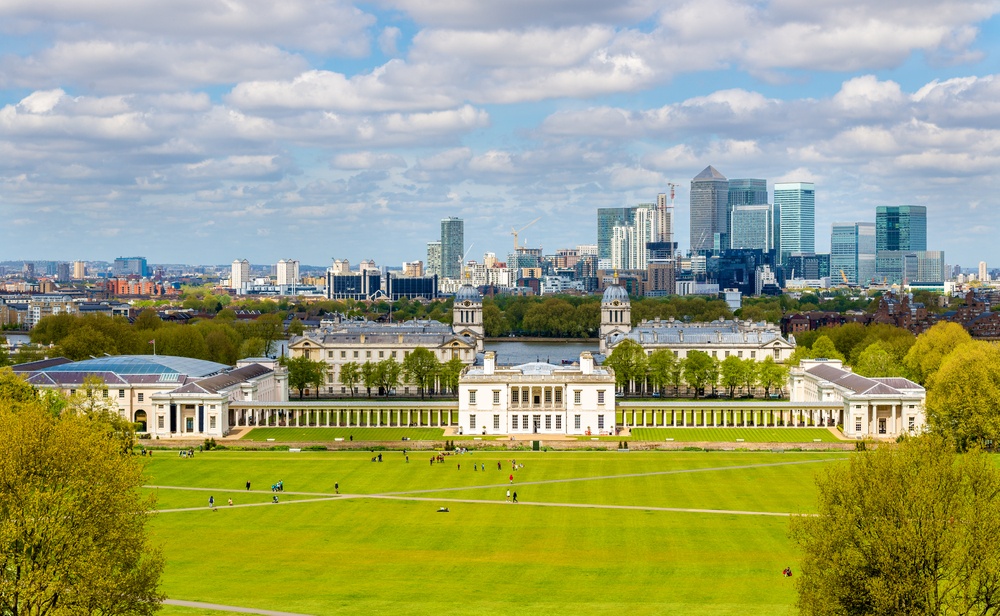 Greenwich is a superb spot on the south bank to nerd it up at the Royal Observatory‘s planetarium and museum, as well as check out the Greenwich Mean Time Line (yup, it’s actually a physical line). Set in the middle of a large park with plenty of green space, it’s a refreshing place to bring a picnic and take in some fresh air away from city noise. There’s also a lovely Saturday market where you can peruse for indie products and antique oddities if you time your visit right. 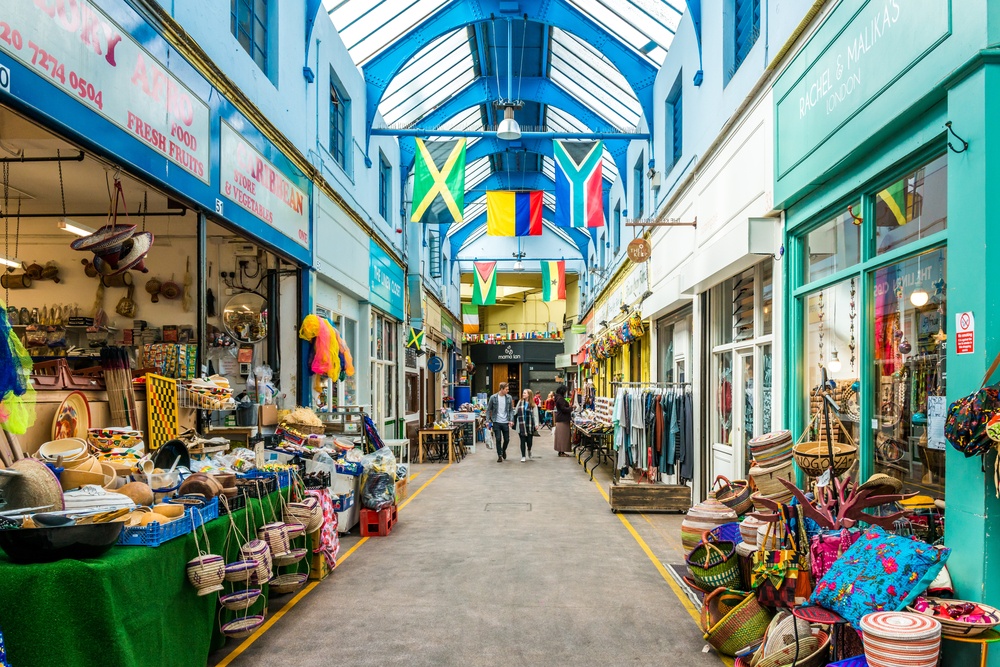 A couple of decades ago, Brixton wasn’t really a place where tourists ventured, but today it is a friendly, vibrant multicultural district with a very down-to-earth vibe – much thanks to the lively Brixton Market and the wide pedestrianized road (Brixton Village) near the main tube station. Enter the wave of crowds to make your way towards delish street food and vintage finds as well as clothes shops and grocery stands that reflect the area’s African and Caribbean roots.

East of Brixon is Clapham, a new hot spot (read: more affordable) for younger locals and families who you can find on a hot weekend hanging out at Clapham Common.

On your next visit, we dare you to go past the typical spots donned by postcards of this great city and venture out north and south of the Thames – in every direction. Dooo it!