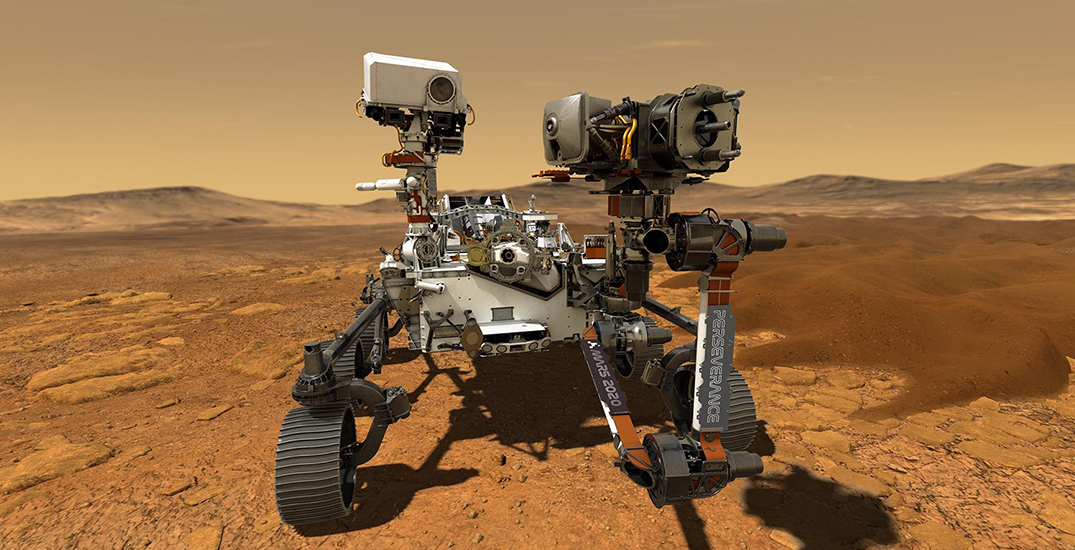 NASA will be sending the Perseverance Rover to Mars this summer looking for signs of “ancient microbial life.”

From Cape Canaveral, Florida, the Rover will be loaded with scientific instruments, advanced computational capabilities and other new systems.

The Perseverance Rover is the “largest, heaviest, most sophisticated” vehicle that NASA has ever sent to the Red Planet.

“We will get closer than ever before to answering some of science’s longest-standing questions about the Red Planet, including whether life ever arose there.”

The Perseverance Rover is targeted to land in Jezero Crater on February 18, 2021.

About 3 weeks until launch. No matter where you are, you can take part in the #CountdownToMars: https://t.co/Q7x4jCYTbW

Record Your Own Video Countdown:https://t.co/fvR0TcrWm9

Send Your Name to Mars:https://t.co/TCswdi9jSD

According to NASA, the Rover will be searching for signs of ancient microbial life and characterizing the planet’s geology and climate.

It will also be collecting rock and sediment samples and paving the way for human exploration of the planet.

“Building this incredibly sophisticated rover has been the hardest thing I’ve ever been a part of as an engineer,” said Ray Baker, the mission’s flight system manager at NASA’s Jet Propulsion Laboratory in Southern California.

“While coronavirus added significant challenges and logistics, the team has shown great determination and diligence to build a rover we can be proud to send to Mars. We can’t wait to see the many years of dedication pay off at the launch pad.”

Perseverance aims to answer one of the key questions of astrobiology: Are there any signs that life once existed on Mars?

It will feature 23 cameras and will also ferry a separate technology experiment to Mars. This experiment includes a helicopter named Ingenuity.

Ingenuity will be the first aircraft to fly in a controlled way on another planet.

According to NASA, the first launch opportunity begins on July 30, 2020.

The launch period is approximately three weeks long from the end of July to August 15.

The duration of launch windows will vary from day to day.

The Perseverance Rover will launch on an Atlas V-541 rocket. This rocket is one of the largest rockets available for interplanetary flight.

The launch will be streamed virtually.

“I have seen my fair share of spacecraft being lifted onto rockets,” said John McNamee, project manager for the Mars 2020 Perseverance rover mission at NASA’s Jet Propulsion Laboratory in Southern California.

“But this one is special because there are so many people who contributed to this moment. To each one of them I want to say, we got here together, and we’ll make it to Mars the same way.”