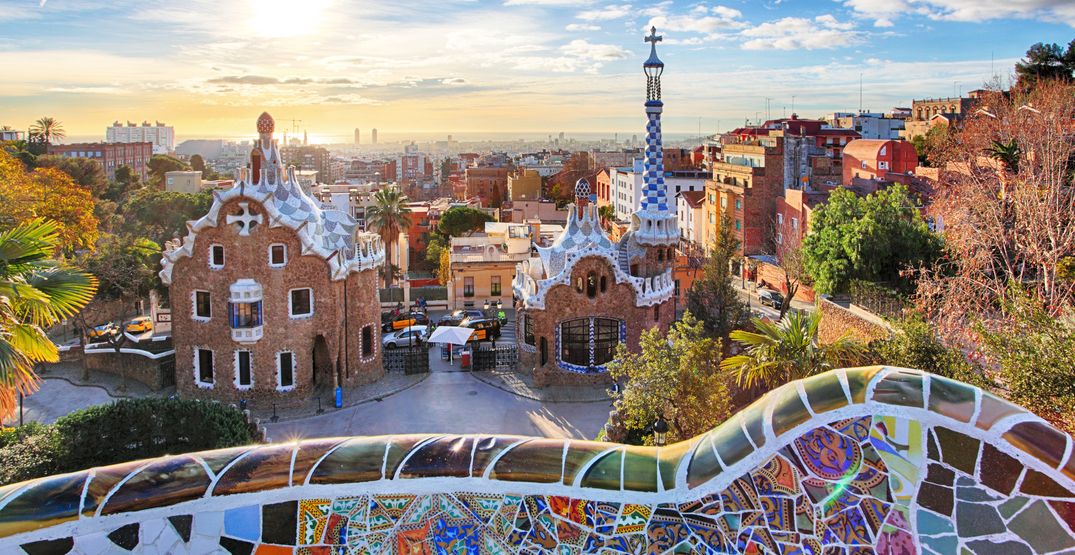 Rich in history and beauty, Barcelona is a can’t-miss destination in Spain.

It’s home to an abundance of delicious tapas restaurants, unique cathedrals, and churches, and one of the most renowned football (soccer) enterprises, FC Barcelona.

A significant appeal of the city is its abundance of stunning venues that present the perfect settings for photo-ops.

We have compiled a list of some of the most popular and picturesque locations around Barcelona that are sure to make your Instagram overflow with likes and envious comments.

The Basílica de la Sagrada Família is a can’t-miss destination in Barcelona.

One of the most famous works of Catalan architect Antoni Gaudí, it is a giant Basilica as well as a UNESCO World Heritage Site that has been under construction since 1882.

No. That is not a typo. You read it correctly.

The Basilica is not yet finished and isn’t expected to be for quite some time.

This year, it is said to be in its final construction stage with its completion date estimated to be sometime in 2026 to commemorate the anniversary of Gaudí’s death.

The only word to describe both the interior and exterior of the Sagrada Familia is awe-inspiring. With its intricate and complex stone carvings depicting scenes from the Bible, to the captivatingly beautiful stained glass.

Barri Gòtic, more commonly known to visitors as the Gothic Quarter, is named such because it was once a Roman village and still contains remnants of its rich history.

It is this exact combination of old and new that attracts tourists from all over the world to stay there.

It’s easy to get lost in the winding, narrow streets, but this just gives you more time to admire the amazing architecture and indulge in the vitality of the area.

Countless adorable shops adorn the streets as well as an abundance of restaurants and cafes.

The park was designed by the famous architect Antoni Gaudí who planned and directed its construction from 1900 to 1914.

According to the park’s website, “It’s a playground for the mind: visual jokes, like columns that simulate palm-tree trunks, rubble-surfaced arches that grow out of the ground, quilts of ceramic tiles.”

There are a variety of locations to capture unique and captivating photos not only of the architecture and gardens of the park itself but also of the stunning elevated views of the landscape of the city.

The Cathedral of the Holy Cross and Saint Eulalia, also known as Barcelona Cathedral, has existed since as early as the late third or early fourth centuries.

While the inside of the cathedral is breathtakingly stunning, it is similar to many other Gothic cathedrals around.

The outside rooftops of the Barcelona Cathedral are what truly makes it unique.

You can access the inside and rooftop of the Barcelona Cathedral for free in the mornings until 1 pm except for Sundays.

Antoni Gaudí has made multiple appearances on this list. Still, his brilliance surrounding design and architecture cannot be surpassed, and there are many examples in Barcelona that support that.

Casa Batlló is a remodel of a previously constructed house that was redesigned by Gaudí in 1904.

The facade, embellished with shades of mauve, blue, and green tiles and adorned with wave-shaped balconies and window-frames, rises to an unequal blue-tiled roof with one solitary tower.

The bunkers of Carmel provide an ideal location to view breathtaking panoramic views of the entire city of Barcelona from the top of Turó de la Rovira.

Locals in the nearby neighbourhoods enjoyed the once-secret spot that provided expansive views of the entire city.

However, over the years, the bunkers became more widely known and nowadays, it is one of the best viewpoints in Barcelona.