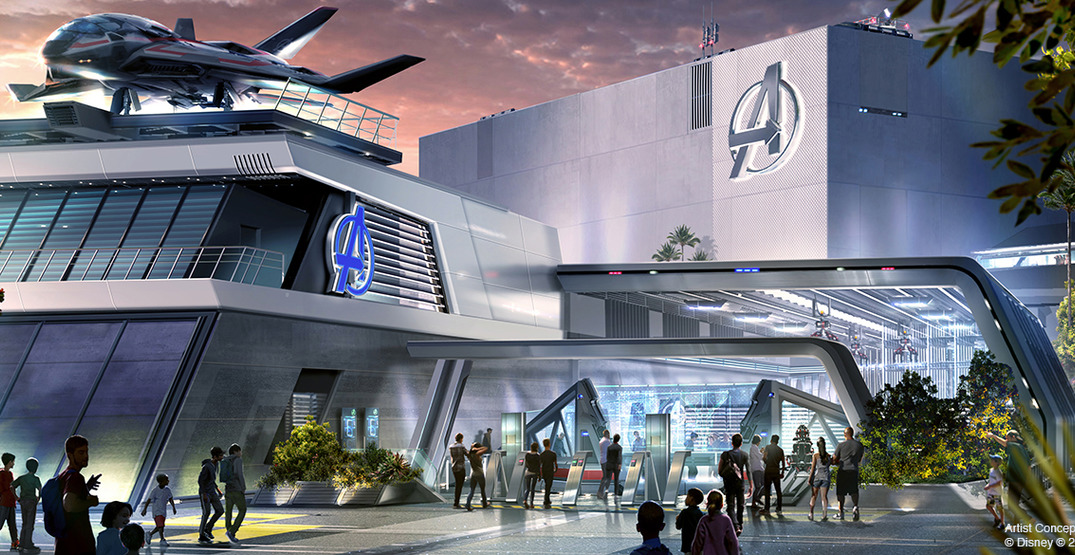 Avengers: Endgame may have come out last year, but it is just the beginning for this Marvel franchise at Disney California Adventure Park.

In Summer 2020, guests can “team up with the Avengers at a campus they’ve created to recruit the next generation of heroes!”

“In some ways, these new campuses are like the Avengers themselves: a group of diverse individuals who have teamed up for the same purpose,” Scot Drake, Creative Executive, Marvel Global Portfolio, Walt Disney Imagineering, said in a statement back in July 2019.

“This collection of unique addresses — each dedicated to a different discipline — have been brought together to champion the next generation of heroes.”

The Avengers Campus will feature many out-of-this-world, action-packed activities, including the debut of a new Spider-Man experience, “the first Disney ride-through attraction to feature this iconic Super Hero.”

The crucial first address will be hosted at the Worldwide Engineering Brigade — aka “WEB.”

During their open house, the inventors will invite guests to test drive their most recent innovation: the “Web Slinger” vehicle, which will allow visitors to sling webs just as their friendly neighbourhood Spider-Man would.

“The attraction gives you a taste of what it’s like to have actual super powers as you help Spider-Man collect Spider-Bots that have run amok,” the press release explains.

Visitors can also dine at the Pym Test Kitchen, which will utilize “Pym Particles,” just like Ant-Man and The Wasp, to enlarge and shrink anything and everything.

However, in this instance, Pym Technologies is utilizing this technology for tasty treats for guests to eat.

Visitors can also expect to experience various heroic encounters as they explore the campus.

Come face to face with iconic characters, including Black Widow, Doctor Strange, The Guardians of the Galaxy, heroes from Wakanda and Asgard, Ant-Man and the Wasp, and the legend himself, Iron Man.

According to the release, “As Super Heroes continue to assemble at the campus, one of its iconic buildings will be the Avengers Headquarters, where you may catch a glimpse of the Avengers along its rooftops.”

The headquarters, which will open in “phase two,” will eventually become home to a new E-Ticket attraction allowing guests to journey with the Avengers aboard a Quinjet to Wakanda and combine forces to save the world against “one of the most powerful villains they have ever faced.”

Fans can get amped up and start preparing now. The park expansion officially opens July 18, 2020.