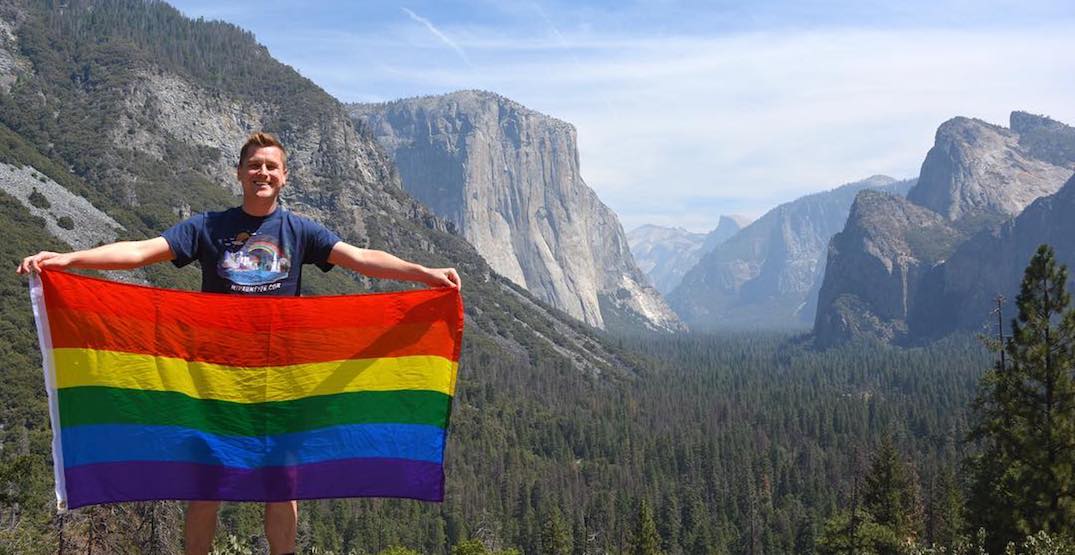 Mikah Meyer has completed a continuous road trip to all 419 US national parks—and is the first person in history claiming to do so.

“I’m on a mission to share all 419 US national parks, be a new type of LGBT role model, and use travel to change the world” his website mission statement reads.

His dream was realized on April 29, 2019, after just over three years on the road. In total, the self-funded expedition carried home over 75,000 miles (120,700 km) through each US state and territory, from Alaska to Hawaii.

Mikah who once believed he’d never leave his home state of Nebraska, did the trip to honour his late father who died of cancer.

His very first road trip took place within days of his father’s funeral; it was a transformative experience that proved the healing nature of long road trips.

“I was just 19 at the time and it taught me an important lesson about chasing life while we have it and that tomorrow is not guaranteed,” Meyer said, in a BBC interview.

At age 30, he took off on a quest to reach all 419 national parks. Since his journey began at the Washington Monument on April 29, 2016, Mikah has officially visited every single US National park Service Site in America. In the process, he has also hiked, paddled, camped, snorkelled, and seen most of America’s major attractions and monuments.

Mikah’s trip was accomplished with the help of Vanny McVanFace, a 2015 Dodge Promaster outfitted with a queen-sized bed, fridge, and solar panels. Van life is “not nearly as glamorous as what you see on social media,” Meyer told CNN.

In the same interview, he also said that one of the biggest challenges he faced aside from logistics was loneliness. However, the trip gave him a chance to hear more of his father’s stories from old friends and colleagues.

Meyers told CNN that he felt his father’s spirit on several occasions, including an encounter with “George the Goose” at Dinosaur National Monument. Geese hold symbolic significance in Lutheranism and this particular goose refused to leave Mikah’s side all day.

In addition to saving up before the trip, Mikah has leveraged his skills and talents along the way. An accomplished singer, he sang at churches around the country to help raise funds. He has also done over 150 speaking engagements and formed partnerships with various companies. Sponsors include outdoor company REI and fuel stop Pilot Flying J.

Mikah has documented his travels on Instagram and also wrote a blog throughout the journey. He often posed with a pride flag in front of iconic landscapes and monuments, painting a “rainbow nation” along the way. Expressing his identity on social media received mix reviews. One sponsor even pulled out of their contract because Mikah was “doing too much LGBT outreach.”

Overall, there’s been an overwhelming number of positive messages from people all over the world, especially outdoorsy members of the LGBT community who found a role model in Mikah.

The quest has become more than just a tribute to his father; a post on Mikah’s Instagram account describes the journey as “a chance to show people that maybe you’re a gay Christian male soprano from the flattest state in America, but you can do you, boo!”

Mikah has since penned the first LGBT-focused op-ed for Outside Magazine and started a campaign called Rainbow Nation.

Mikah’s epic journey came full circle on April 29, in Washington, DC. Supporters joined him on a walk from the Washington Monument, where it all began, to the final site on his list, the Lincoln Memorial. The finale also coincided with the 14th anniversary of his father’s death.

His next great adventure is “living in one place.” According to Instagram, this national park connoisseur is looking forward to having a home base, connecting with a local community, and going on second dates.

He also plans to publish information about each and every park, so stay tuned!