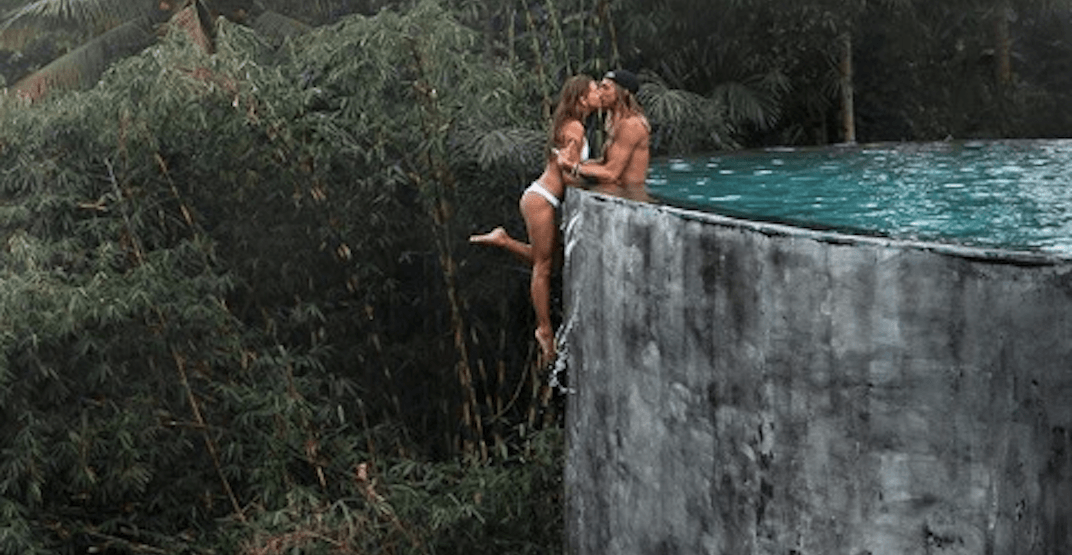 ‘No regrets,’ says this Instagram couple that have recently gone viral for a risky picture they posted to their travel Instagram, positravelty.

Travel bloggers Kelly Castille and Kody Workman faced backlash online for their decision to post the photo, which shows Castille dangling off the edge of an infinity pool in a Bali forest, with a divided reaction from their followers.

Although some lauded the couple for “living life to the fullest,” others were not as thrilled, saying they are “seriously stupid” for potentially inspiring people to try the stunt out for themselves.

The couple is now defending their decision to take the now-infamous picture, saying that they knew they could pull it off.

“We are both in good shape, we know our bodies, and, in turn, we know our limits,” said Workman in an interview with Insider. “We had faith in each other and trust to pull this off, and so we made the choice as a team to shoot it,” he said.

When explaining why it wasn’t that big of a deal, Workman says they’ve previously taken shots that were more dangerous.

“We have both jumped off of waterfalls and bridges much higher than this infinity pool, so the height aspect wasn’t a concern for us at all,” continued Workman.

“We are travellers, adventurers and above all, creatives. Life is about perspectives and it is important to review them all,” the pair told Fox News. “As for the backlash… we know we were safe.”

They explained that there was actually another pool below Castille, which made them feel safer about their decision.

The couple says they have no intention of changing their ways, as they feel they are being responsible in their quest to flex for the ‘gram.

“As for safety, we are all responsible for ourselves at the end of the day,” says Castille.