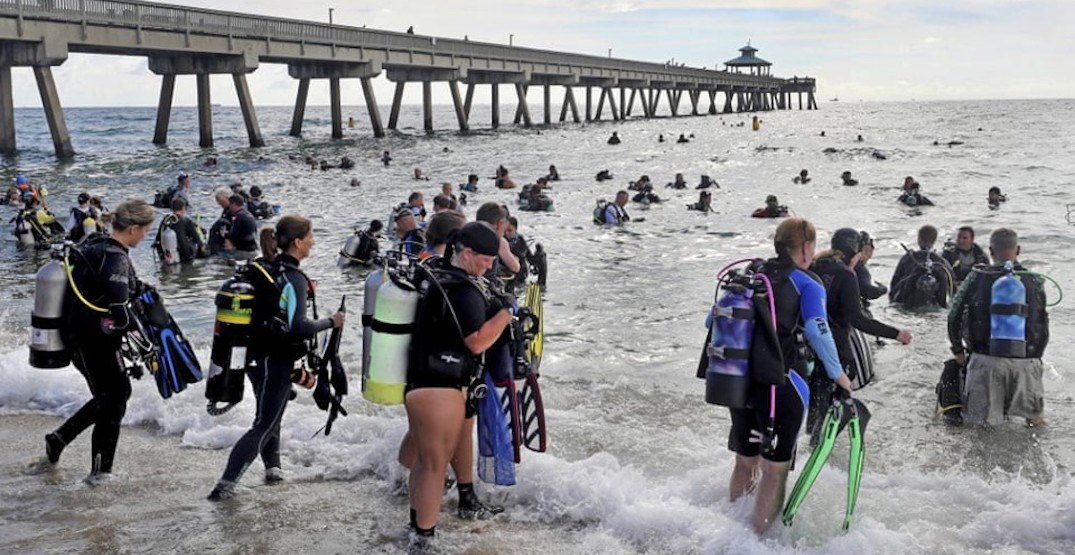 World records are broken all the time, from the youngest person to travel to every country to the world’s largest snow maze.

But with plastic pollution a massive problem affecting our entire planet, stretching as far as the deepest part of the ocean, a group of recent record breakers should be feeling just a little extra sense of accomplishment.

633 divers just broke the Guinness World Record for the most participants in an underwater clean-up in 24 hours in a single venue.

The Dixie Divers set out to clear the ocean floor on June 15, 2019, and collectively removed more than 1,200 lb (544 kg) from the Deerfield Beach Pier in Florida. The garbage mostly consisted of fishing lines and lead weights used in fishing.

Guinness adjudicator Michael Empric was onsite to click off every diver as they entered the water to verify the record, reported local outlet South Florida Sun Sentinel. The record was previously held by 614 divers who cleaned up the Red Sea in Egypt in 2015. 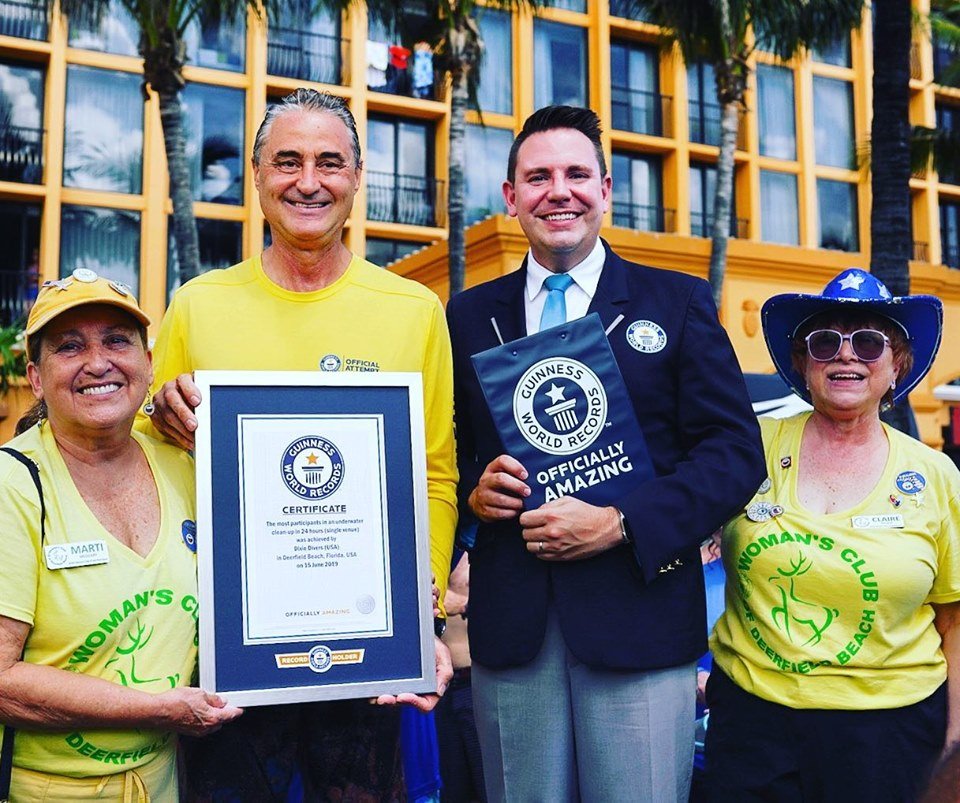 World Record Holders for Most Participants in an Ocean Clean-Up. (Dixie Divers / Facebook)

“It doesn’t matter what happens today with the Guinness World Records,” said Empric. “What really matters is that everyone is out there cleaning up around the pier and trying to improve the community.”

Want to share a story about our beautiful planet right here on Mapped? Email us at [email protected].