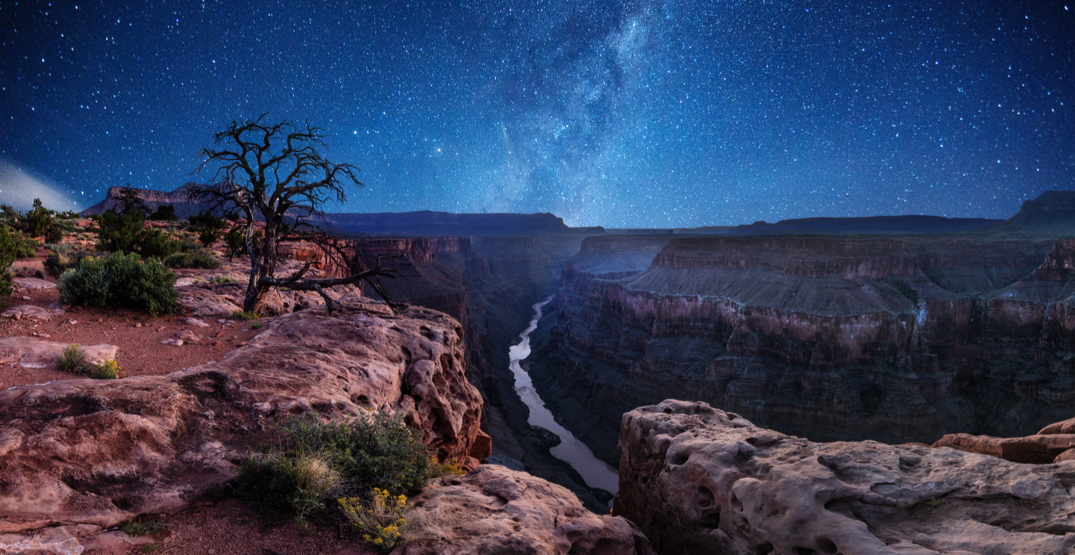 Grab a blanket, cozy up, and spend the evening getting lost in the infiniteness of the cosmos as you contemplate the secrets of the universe from the comfort of your own home with the Grand Canyon National Park and the Grand Canyon Conservancy.

The two establishments are inviting audiences to the Virtual Grand Canyon Star Party 2020, occurring between June 13 and June 20, to enjoy one of the world’s most popular and breathtaking natural wonders combined with the captivating sight of the sparkling night sky.

The onsite event on both rims has been cancelled as a result of COVID-19. However, the park still plans to bring the magic and mystery of space to viewers by pivoting to a virtual platform and posting videos to its Facebook page.

Every evening this week, Grand Canyon National Park is premiering two videos on Facebook. The first will feature one of eight unique presenters from the “Star Party Speaker Series.” Each speaker will display their programs via livestream.

The second post will be the “Virtual Grand Canyon Star Party,” where viewers can admire the skies from an ideal perspective as astronomers connect cameras to telescopes and select “ten to twelve celestial objects” for an hour to 90 minutes.

“Join the astronomers as they develop realtime astrophotographs before your eyes of galaxies, nebulae, globular clusters, asterisms, and much more,” the National Parks Service website explains.

Guest speakers and astronomers will be present in chat rooms during their programs to answer questions from viewers.