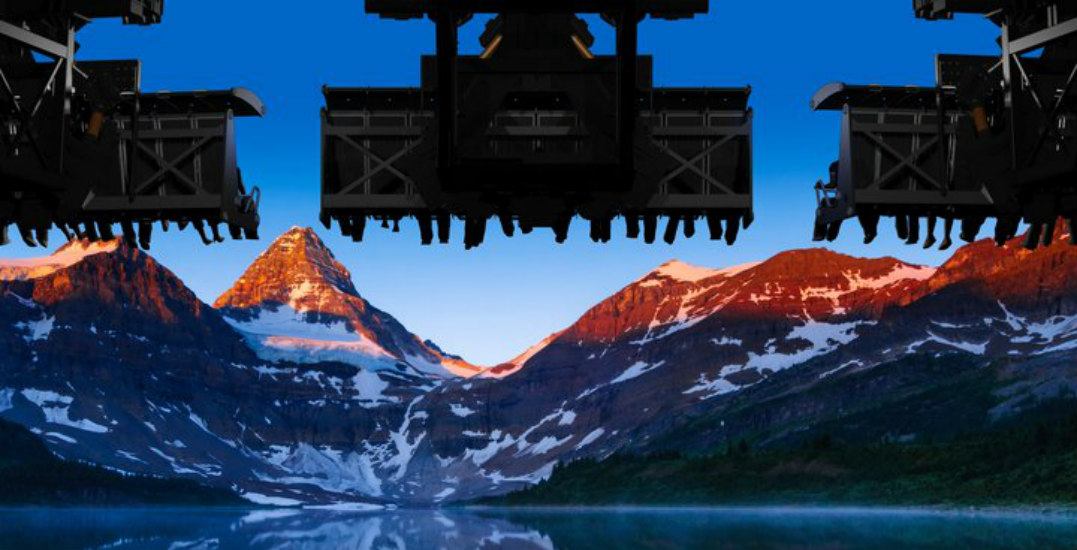 Canadian-based attractions and hospitality company Pursuit announced today it is opening its flying ride attraction at the historic Navy Pier. It will be located near the Centennial Ferris wheel, complementing a number of other cultural, entertainment, and tourism attractions also found at the pier.

Just like other FlyOver locations, it will feature a state-of-the-art flight ride theatre and preshow entertainment. The flight theatre will combine a 65-ft spherical screen with seats on moving platforms and special effects — wind, mist, and location-specific scents — to fully immerse passengers as they fly through flight rides that showcase picturesque landscapes. Passengers will be suspended high above the theatre floor as they take in the world’s most stunning natural wonders.

“The launch of FlyOver in Chicago will provide visitors with a truly unforgettable experience showcasing some of the most iconic and visually stunning landscapes within Chicago, throughout the US, and beyond,” said Lisa Adams, vice president of FlyOver Attractions by Pursuit, in a statement.

“Our FlyOver concepts around the world and our new Chicago attraction will push the boundaries of escape and take guests on the ultimate flying ride adventure.”

FlyOver first opened in 2013 at the Canada Place pier in downtown Vancouver, and it has since expanded to two other locations including Reykjavik in Iceland, and most recently, in Fall 2021, on The Strip of Las Vegas next to MGM. Each location has its own feature film, which are circulated with other FlyOver attractions on a seasonal basis.

Like the Vancouver location, FlyOver in Chicago will repurpose the space of a former IMAX theatre at the Navy Pier. It is expected to open in 2023.

Pursuit is also planning to open a FlyOver attraction next to the base of the CN Tower in downtown Toronto. The ride will be built within a new purpose-built standalone building, which is expected to reach completion in 2024.

A sixth FlyOver attraction in existence at the Mall of America in Minnesota, opened in 2016, is under a different ownership and management structure.