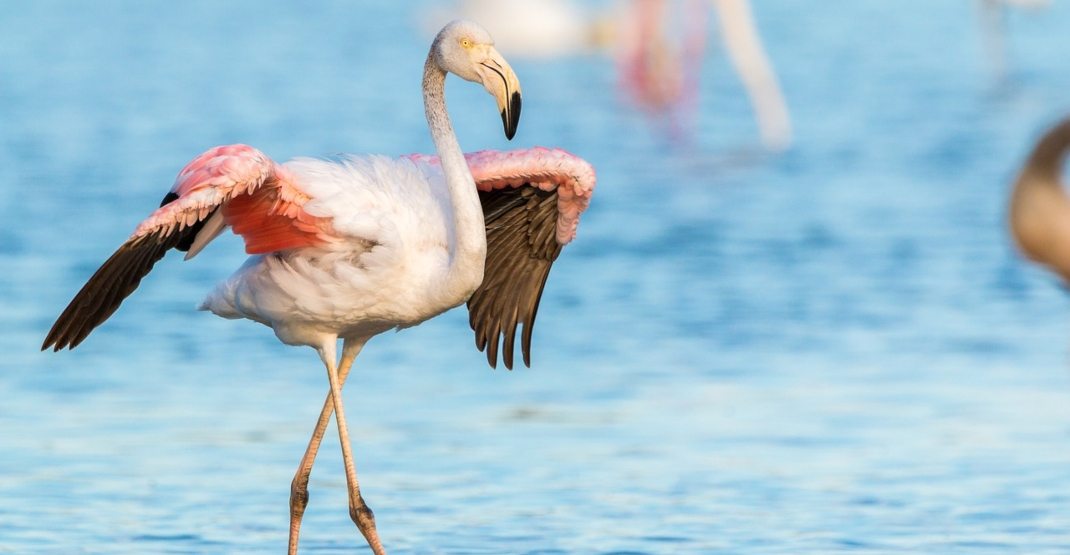 If you’re ever travelling through Texas, minding your own business, and happen to spot a bring pink flamingo — that may not be your imagination running wild.

That could’ve been No. 492 wildly running, a flamingo who escaped the Kansas Zoo with its buddy No. 347 in June 2005. The former jailbird managed to make its break out of its enclosure on a very windy day, according to a New York Times article.

The flighty fugitive was recently sighted in Texas, according to a post on the Texas Parks and Wildlife Facebook page.

No. 492’s story is an epic tale. The flamingo arrived at the Kansas Zoo as a young adult bird and before staff members could get around to determining its sex, it flew off with flamingo No. 347.

Flamingos are social creatures, says birdwatcher Neil Hayward, which helps to explain why these two birds of a feather stuck together until they were somehow separated. The last time No. 347 was seen was in August 2005 heading north.

Since the break-up, No. 492 has been seen hitting up the single life in Lousiana and Wisconsin, before finally making its way down to Texas, where the flamingo was able to find a climate and an environment that’s just right.

This lovebird’s story doesn’t end there. No. 492 was spotted paired up with another orphaned flamingo in 2013. Though the two star-crossed birdies aren’t the same species, the social creatures stayed together for a bit until they separated, again with no explanation.

So it seems that the bird will flamin-go and keep living its best life.

The flamingo is back! This flamingo escaped from a Kansas zoo in 2005 and is once again visiting the #TexasCoast. 📷 John Humbert #BetterOutside #texas