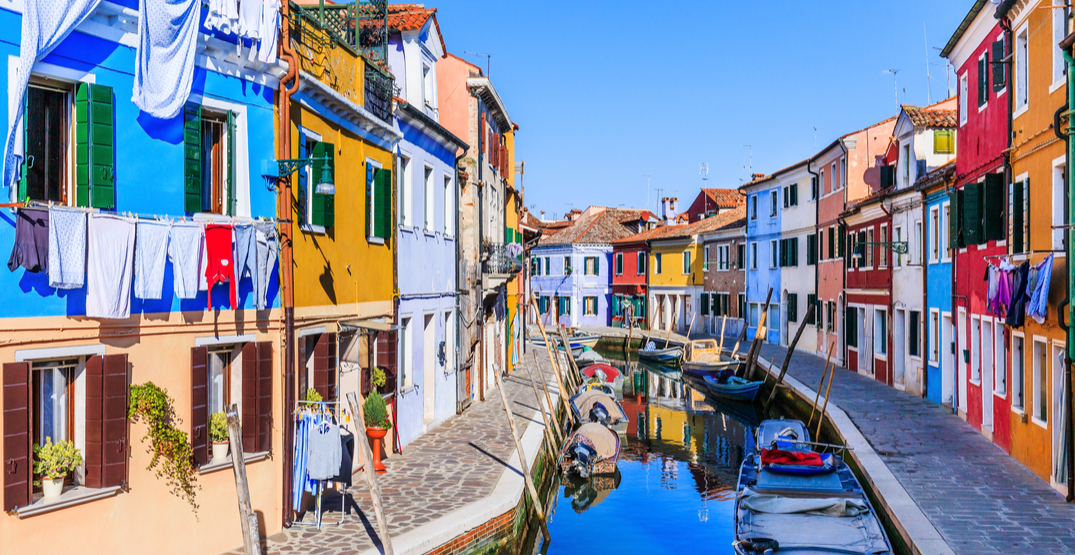 We’ve all seen the most common bucket list travel destinations splashed across our feeds on a daily basis. In the same way that you’ve already been bombarded with 18 photos of your friend’s baby as you scroll, perhaps the novelty factor of the Eiffel Tower or the Colosseum has started to dwindle. Don’t get us wrong, the Eiffel Tower and Colosseum are stunning and must-sees if you’ve never been before. But you should also check out the other sights and sounds once in a while.

To help guide you through Europe, the team over at Busabout is here to share their top picks for alternative destinations to the more common Euro hotspots. So, if you want your upcoming adventure to stand out from the crowd and create some real #FOMO, then read on…

Now, we’re not denying the beauty of Krakow. The town square, the salt mines, and the close proximity to Auschwitz make this city a huge draw for tourists. But if you’re wanting to get a taste of small-town Poland without compromising on incredible landscapes, then head to Zakopane instead.

Nestled in the foothills of the Tatra Mountains, this small village is popular with hikers and nature enthusiasts year-round. Picture wooden houses and chalets lining the residential roads, and a cobbled main street filled with stalls, traditional restaurants and cozy bars. Tempting, no?

Amsterdam will always be cool, but c’mon. Do you really need a cliché photo with the ‘I AMSTERDAM’ sign? If you still want the beauty of the canals and cobbled streets, head south to Bruges in Belgium.

Fewer tourists, incredible medieval architecture and plenty of opportunities to explore the waterways by boat. Like Amsterdam, hopping on a bike and cycling the streets is also a great way to see the sights – you’re probably less likely to have a collision here too. On top of all that, Bruges does chocolate. And trust us, they do it well.

Been to Barcelona? Head to San Sebastián

A post shared by Ciara Flynn (@flightoftheflibbertigibbet) on May 9, 2017 at 6:19am PDT

If you’ve already been to Barcelona, or you like the idea of it but not the inevitable crowds, then San Sebastián should be your alternative. With its array of golden sand beaches and surf spots, lush hillsides with epic views, and a packed cultural calendar to rival the bigger cities, San Seb holds its own.

When you’ve exerted all your energy hitting the surf (or laying in the sun), you have a never-ending range of options for delicious local cuisine. San Sebastián has a reputation as one of the world’s greatest dining locations, and you’ll be spoilt for choice with uber-cool seaside cafes, traditional restaurants, and pintxos bars that fill the streets.

Swap the beer halls of Munich for the castle of Neuschwanstein

There’s a lot more to Munich than frosty steins, Oktoberfest and huge plates of pork knuckle. But if the Bavarian capital isn’t calling your name, then you should consider using your time in the area to visit the fairytale-like surrounds of Neuschwanstein.

Only a couple of hours from Munich, this 19th Century castle is set on a rugged hill above the village of Hohenschwangau in southwest Bavaria. Let your inner child go to town and explore the marvel of the palace that inspired the Walt Disney castle!

Just make sure you reserve entry tickets online, and a couple of days beforehand. There are also plenty of beautiful walking tracks too, including the 7 km hike around Lake Alpsee. And yes, you’ll still be able to find plenty of places here for a cold beer afterwards. Beer isn’t just limited to Munich!

Nice is nice, but have you SEEN Monaco?

If you’re considering Nice, you shouldn’t look past Monaco as a viable alternative. Monaco is the world’s second smallest country (topped only by The Vatican), is on the French Riviera, and the quarter of Monte Carlo has a reputation for all things glitz and glam.

From the high-rise hotels, imposing casinos and rows upon rows of superyachts, you’ll see why this spot is more of a playground for the rich and famous than it is for your typical tourists. In addition to the glamorous Monte Carlo, you can also check out the contrasting area of Le Rocher, which has retained its original Old Town and winding medieval lanes.

If you’re wanting an Austrian experience but want to avoid the big cities, then switch Vienna for Grunau im Almtal. This small, picturesque village in Austria is surrounded by some of the most incredible scenery you’ll see on your trip. In summer you can enjoy the crystal-clear tranquil lakes, dense green forests and numerous trails for hiking; in the colder months, it becomes a paradise for winter sports and activities.

It’s the perfect stop for a peaceful break from the hustle and bustle of the bigger cities. Just go ahead and Google ‘Almsee Lake’ and you’ll see what we’re raving about – you know you want to.

Explored Venice? Head over to Burano

We can understand why Venice is a bucket list location for many people. But what we can’t understand is why more people don’t hop on the short boat ride over to the island of Burano!

Often overlooked by visitors to Venice, this little island is only 40 minutes away by vaporetto (water-bus), and it is WELL worth your time. In fact, it could well be one of the highlights of any trip to Italy. This bright little island has a population of only 3,000 and is known for its incredibly colourful fisherman’s cottages and buildings. We know what you’re thinking, and you’d be correct. This place is pure. Insta. Gold.

Ljubljana may be the capital of Slovenia, but for jealousy-inducing pics and a ton of activities, you should really be going to Lake Bled. Less than an hour from the bigger city, Bled doesn’t draw nearly as many crowds as it deserves. For a small place, there’s a lot to do; stretch your legs on a hike up to the castle, catch a pletna boat out to the island in the centre of the lake, or swim in emerald waters with duck families for company.

Whether you’re floating on your back in calm clear waters, burning some calories on a hike in the Julian Alps or speeding down the mountain on a summer toboggan track, Lake Bled has got you covered!

Been to Zurich? Hop over to jaw-dropping Lauterbrunnen

The Swiss cities of Zurich and Geneva draw tens of millions of visitors annually. But when it comes to Switzerland, in our opinion you just can’t beat the unforgettable natural beauty of the Alps! Ditch the big cities and get yourself to the natural wonder of Lauterbrunnen instead.

Still relatively unknown to your average visitor, this enchanting village is set in a deep valley surrounded by thundering waterfalls. If you’re feeling adventurous, you can make your way up to Jungfraujoch, or ‘The Top of Europe’ by train. Yup, it’s just as you imagine – views for days.

Yes, the colourful buildings in the Cinque Terre are cute, and make for a great shot for the ‘gram. But to get some pics that are a bit more unique, choose Lake Como! Set in Northern Italy’s Lombardy region, this resort town sits in the shadow of the snow-capped Rhaetian Alps and won’t be nearly as busy as some of its big city neighbours.

The city of Como is home to stunning Renaissance architecture, as well as a funicular that takes the stress out of travelling up to the mountain town of Brunate. Idyllic shorelines, beautiful gardens, historic buildings – and yes, equally cute colourful buildings as the ones you’d find in the Cinque Terre!