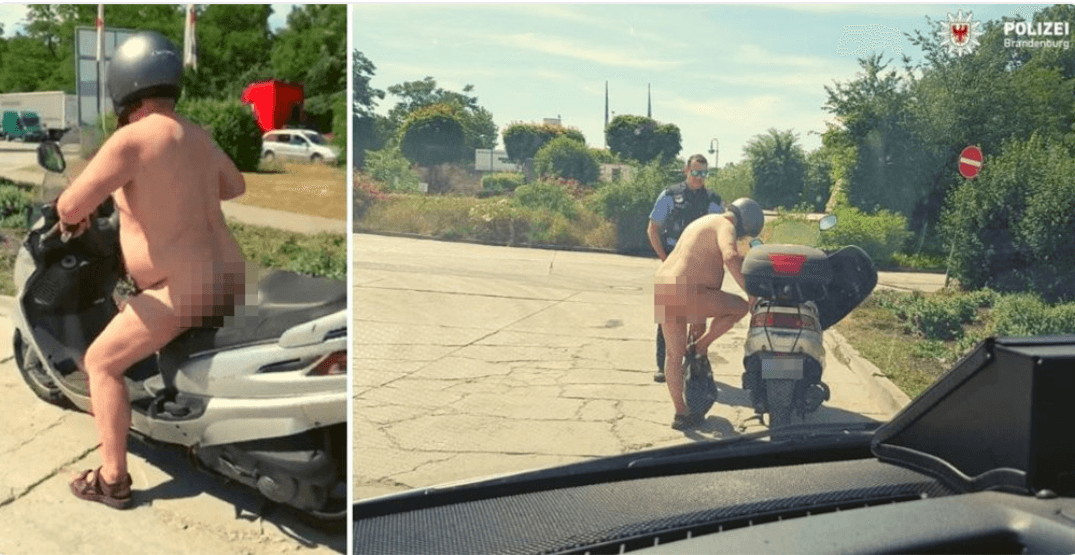 Europe is currently facing its most severe heatwave since 2003, which resulted in almost 15,000 heat-related deaths. With temperatures set to hit above 40°C this week, Spanish meteorologist even posted a tweet that translates to “Hell is coming.”

Most European homes are not equipped with air conditioning, so experts are urging people to take any measures possible to protect themselves. Relocate to air-conditioned rooms, use sunscreen, stay hydrated, and keep out of the sun during the peak temperatures.

While these tips are all well and good, some are taking a very, well, European approach to beating the heat.

Topless sunbathing is very common on European beaches, but some locals evidently don’t see the need to limit nudity to the beach.

A man in Sauerland, Germany, fully derobed in the freezer section of a supermarket in Hemer, according to local outlet ZVW.

The report says that the man “undressed under the eyes of very stunned customers and only dressed again when a saleswoman was made aware of him.” He apparently fled from the supermarket — but not before grabbing a beer, and then a banana, on the way. Police are investigating over theft and exhibitionist charges.

Another man in Brandenburg, Germany, was caught by police biking completely nude — except for his sandals and helmet, of course. Because safety first.

His response, according to the tweet, translates to: “It’s warm out, eh?”

That’s one way to keep things breezy! Hope he was wearing sunscreen.

Others are flocking to any sources of water, such as these lineups for a pool in Berlin.

Tried to go to the local swimming pool in Berlin. Thought there would be a bit of a queue….

The Police had to be called… #Berlin #HEATWAVE2019 #hitzewelle #Germany pic.twitter.com/2D4rpZuxGW

But why line up for a pool, when you can just take a dip in the public fountains?

From the Trevi Fountain in Rome to the Trocadero fountains in Paris, these water features are a charming staple of European cities. During the heatwave, they are a very inviting spot to dip your toes — or, you know, your whole body.

Hot day in Paris today. The outdoor pool beside the Eiffel Tower is great. As is the Happy hour in the Hideout. 18.00-22.00! pic.twitter.com/oBQhhbU8rc