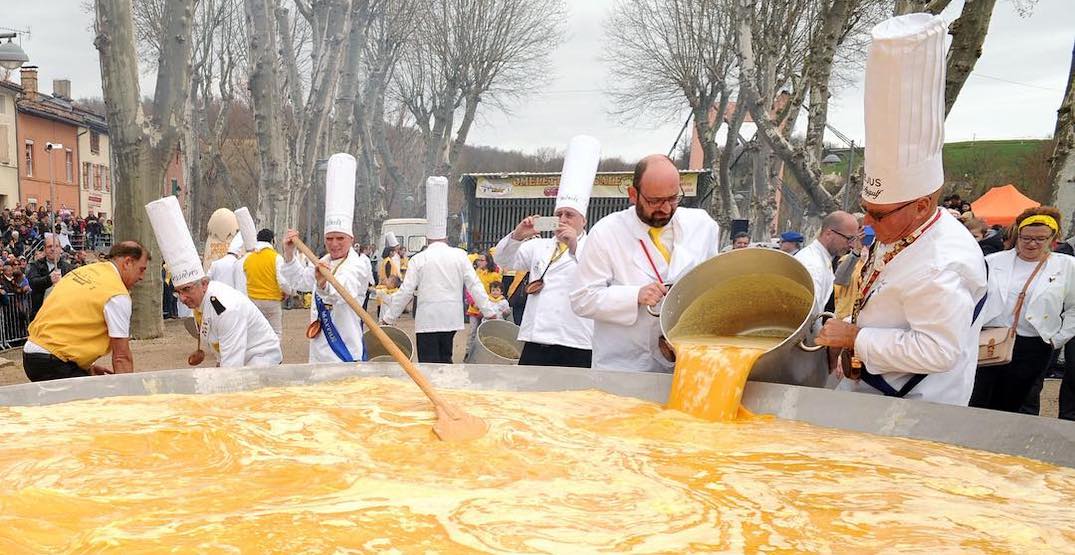 Easter, one of Christianity’s holiest days, marks the celebration of the resurrection of Jesus and is observed in countries all around the world.

If you grew up in North America, Easter likely conjures memories of Easter egg hunts, chocolate bunnies, and church services — but not everyone around the world celebrates the holiday in the same way. And while most Easter festivities across the globe share common themes of springtime, rebirth, and renewal, each country has its unique customs when celebrating the important holiday.

With Easter celebrations kicking off this week, we’re taking you around the globe for an introduction into some of the world’s most fascinating traditions.

Śmigus-dyngus, meaning “Wet Monday” in Polish, is a celebration held on Easter Monday mostly in Poland, but also celebrated in the Czech Republic, Slovakia, Hungary, parts of Western Ukraine and in Polish communities worldwide.

Traditionally, boys throw water over girls they like employing buckets, balloons, and water guns, all while spanking them (playfully) with handmade whips made of pussy willow and decorated with ribbons.

While the origins of the celebration are uncertain, it’s believed that the use of water is said to invoke the spring rains needed to ensure a successful harvest later in the year. It’s also noted that the willow tree is the first tree to bloom in the spring, so the branches are meant to transfer the tree’s vitality and fertility to the women.

Nowadays, however, Śmigus-dyngus is more of an excuse for the young and mischevious to join in on a country-wide water fight.

While Poland opts for water fights on Easter, in France, it’s all about the omelette.

Every year on Monday following Easter, thousands of people in the town Bessières in southwestern France gather to watch members of the Giant Omelette Brotherhood of Bessières cook a giant omelette of 15,000 fresh eggs.

Legend has it that the annual holiday tradition came to be when Napoleon and his army were traveling through the south of France and stopped in the small town to feast on omelets. Napoleon allegedly liked his omelette so much, that he ordered the townspeople to gather their eggs and make a giant omelette for his army the following day.

During Semana Santa, AKA “Holy Week,” in Spain, a variety of customs and traditions take place in provinces all around the country.

The annual tribute to the suffering of Jesus is celebrated by Catholic religious brotherhoods and fraternities that perform penance (repentance of sins) processions on the streets of almost every Spanish city and town the week before Easter.

One of the biggest and most glamorous of these processions take place in Seville, where nearly 70 cofridias (church brotherhoods) take part in a parade through the streets.

These parades draw thousands of spectators who come to see the processions of brass bands, elaborately decorated floats, and members of religious brotherhoods dressed in traditional habits including distinctive tall pointed hoods with eye-holes.

On Easter Sunday every year, the city of Florence in Italy celebrates the religious holiday with a bang — literally.

The Scoppio del Carro, or the “Explosion of the Cart,” dates back over 350 years and involves an elaborate wagon built in 1622. The wagon, which stands two to three stories high, is loaded with fireworks and pulled through the streets by a pair of oxen decorated in garlands.

Once they reach Piazza del Duomo, the area between Florence’s cathedral and baptistery, the Archbishop uses a dove-shaped rocket, called the Colombina, to set off an intricate firework display in front of thousands of spectators.

Legend has it that if the complex ritual proceeds smoothly and all of the fireworks go off, good luck and a bountiful harvest are ensured for the city and its citizens.

On the morning of Holy Saturday, the island of Corfu in Greece gets particularly chaotic.

Around 11 am each year, Corfiots gather to await a custom unique to the island — pot throwing. Yes, it’s exactly what it sounds like!

Residents in every home of the island throw from their balconies and into the streets large clay pitchers, pots and pans while the church bells play joyfully in the background.

The origin of the noisy custom, which lasts for several minutes, is not entirely clear but is said to celebrate the beginning of the farming season, symbolizing the crops that will soon be gathered in the new pots.

Others say the custom derives from the Venetians, who on New Year’s Day would throw out all of their old items in the hope that the coming year would bring them better and newer replacements.

How do you plan to celebrate Easter this year? Let us know in the comments below!