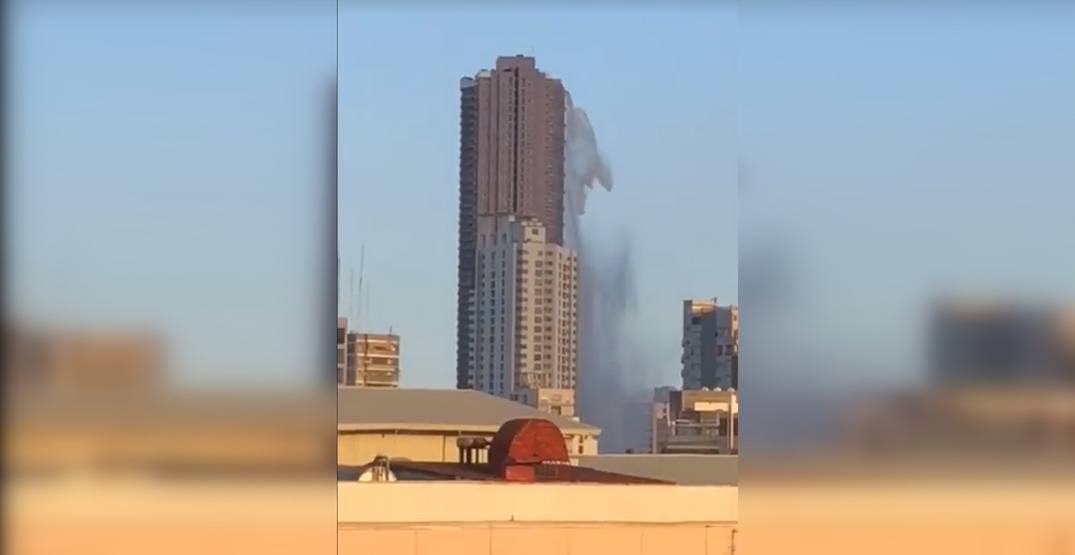 Earthquake in the Philippines. (Michael Rivo/Facebook)

The Philippines was hit with a massive earthquake on Monday morning. The 6.1-magnitude quake occurred near the town of Bodega on the island of Luzon, and resulted in 11 deaths, according to CNN.

The quake was so intense that some buildings were swaying, and one skyscraper shook so hard that water actually spilled over the edge of its rooftop pool. The building was identified as Anchor Skysuites, which is one of the tallest buildings in the area.

Onlooker Michael Rivo captured the spillage on camera and shared to his Facebook page, which was then picked up by multiple news outlets.

There were no reports of people swimming in the pool at the time of the earthquake.