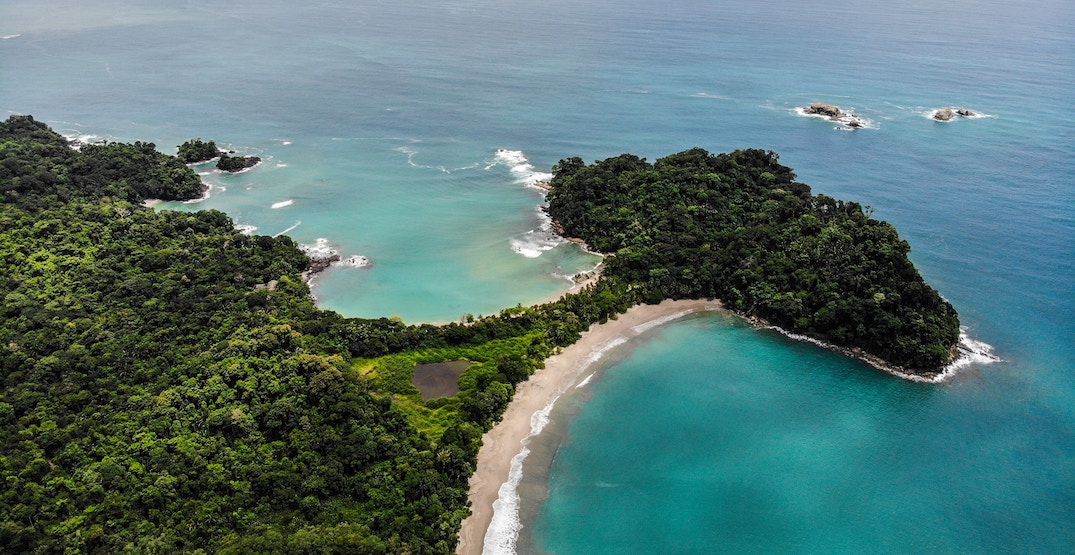 Costa Rica, home to six percent of the world’s biodiversity, is leading the way in the race to slow global warming as it aims to be the world’s first single-use plastic and carbon-free country by 2021.

The country officially launched its National Strategy to replace single-use plastics with biodegradable alternatives back in 2017, making it the first country in the world to launch a comprehensive strategy to eliminate disposable plastics.

In case you’ve yet to buy yourself a reusable water bottle, hear this: About 8 million metric tons of plastic are thrown into the ocean annually. A 2016 report by the Ellen MacArthur Foundation even predicted that by 2050, it’s estimated there will be more plastic in the oceans by weight than there are fish. Roughly 30 percent of that being microplastics that many marine animals often mistake as food.

This plastic ban follows the country’s announcement from nearly a decade ago, which pledged that by 2021, (Costa Rica’s 200th year of independence,) it would be carbon neutral. For a country to be carbon-neutral, it has to remove as much carbon from the environment as it puts into it.

Admirably, the Costa Rican government has been making efforts since the 1980s to protect its natural assets. This has involved zoo closures, reforestation efforts, and the establishment of protected areas, which have since doubled in size from 1984, according to the UN.

Coupled with the fact that Costa Rica uses renewable sources for 99 percent of its energy throughout the year, the country is well on its way to an environmentally sustainable future.

Last May, Costa Rica’s president, Carlos Alvarado Quesada, renewed his commitment to the country’s environmental efforts with a plan to ban fossil fuels, including gasoline and propane, in the hopes to become the first fully decarbonated country in the world.

While experts say that eliminating fossil fuels within just a few years is probably unrealistic, they noted the plan will lay the groundwork for faster action towards that goal.

“A proposal like this one must be seen by its rhetoric value and not by its technical precision,” Jose Daniel Lara, a Costa Rican energy researcher at the University of California-Berkeley, said to the Independent.

The world is slow to act on rapidly advancing global warming

It’s true: while Costa Rica’s indeed leads the pack in the race to slow global warming, one must be realistic and look at the facts.

A January 2019 report published in the journal Science found that the oceans are heating up 40 percent faster on average than a United Nations panel estimated five years ago.

Because of increased greenhouse gases (like methane and carbon dioxide) from modern industries, heat is blocked from escaping the atmosphere and more than 90 percent is absorbed by the ocean to help curb rising temperature on land. Cue rising sea levels and threatened species.

But these facts should come as no surprise, being that much of the globe has been slow to act on rapidly advancing global warming, much to the exasperation of scientists and environmentalists worldwide.

These facts are alarming, if not eye-opening, but there are things we can do to help support a cleaner environment. Here are five simple ways you can make a difference.

What do you think of Costa Rica’s environmental goals? Let us know in the comments below.