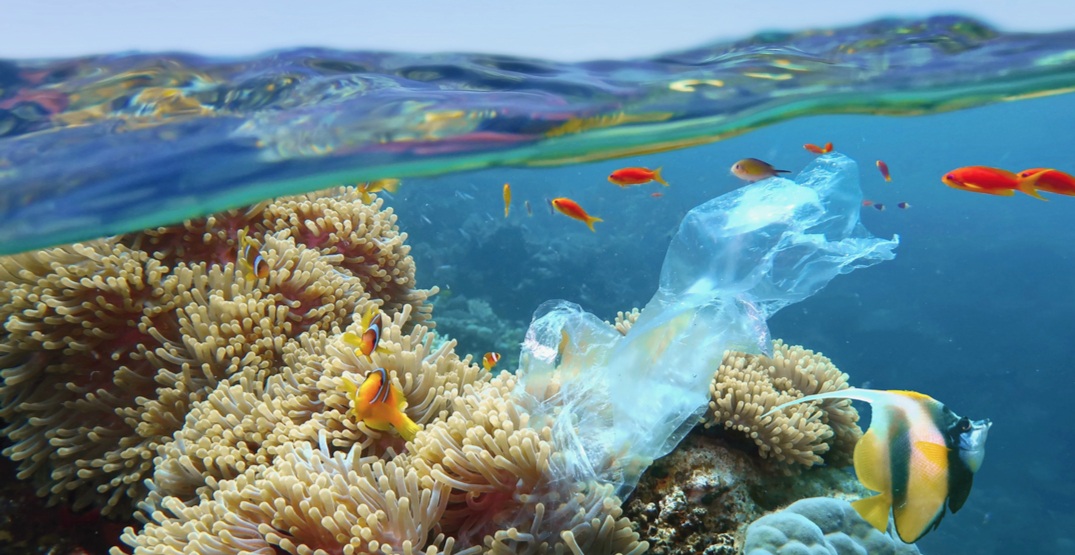 Written by Anna Kucirkova, this article was originally published on moboxmarine.com. Anna speaks three languages, loves travelling and has a passion for kids and writing.

While she has been to many places in Europe and South East Asia, she can’t wait to explore the rest of the world.

One of the most wondrous living things on earth is coral. Humans view its diversity and colourful hues as a gorgeous, underwater decoration.

But, it’s a living organism that supports the lives of hundreds, if not thousands, of species in the underwater ecosystem. Man may appreciate its wonder, but our destructive tendencies are harming this vital member of the oceans and seas.

Here’s what you need to know about the grave threats facing coral reefs. If we don’t act soon, we may destroy these beautiful pieces of the earth. What exactly is coral?

Corals are relatives of the sea anemone. They are all made of the same simple structure: the polyp. The polyp resembles a tin can open at one end: the open end has a mouth surrounded by tentacles. The tentacles have stingers called nematocysts, that let the coral polyp capture tiny organisms that get too close.

Corals that live in warm water often eat zooxanthellaes (pronounced zo-o-zan-THELL-eez). These are single-celled algae that photosynthesize and pass some of the food they make to their hosts. In exchange, the coral animal passes nutrients to the algae. The zooxanthellae are also what produce the vibrant colours that corals have.

And they aren’t just beautiful; tropical corals perform vital ecosystem services that affect the livelihoods of millions of people.

Large reefs, for instance, offer coastal protection from tsunamis, floods, and storms; they are also vital spawning and nursery areas for fish and other aquatic life harvested by humans.

Just like our rainforests, coral reefs host a riot of biodiversity. Taking up just 0.1% of the ocean’s floor, they cultivate 25% of the world’s marine life. Losing this amazing ecosystem would devastate the 500 million people who depend on coral reefs for their livelihood and food.

As in other areas of our environment, people pose the greatest threat to coral reefs. Overfishing, destructive fishing, global warming, pollution, changing ocean chemistry, and invasive species are all causing extensive damage. There are locations where reefs have been totally destroyed, and in other places, reefs are pale shadows of their former selves.

The threats are coming fast and furious While humans are the primary farmers of coral reefs, they are also the primary destructors. Thanks to global warming and climate change, rising water temperatures in 2016 caused the worst destruction of corals ever found on Australia’s Great Barrier Reef. Nearly 67% of the corals in the reef’s northern portion died.

The central section lost 6% of the corals, and the southern reef remains healthy. But, scientists are concerned that recovery will be difficult if climate change continues. In early 2016, sea surface temperatures around the Great Barrier Reef were the warmest ever recorded, at least 1°C higher than normal.

The reefs are lost through gradual starvation, due to bleaching, which is the expulsion of the colourful algae zooxanthella. These algae turn sunlight into food for the coral. This leads to the white, gaunt appearance of the coral, as it is left without its main source of food.

The Australian Government has acted. According to the BBC:

“They published a long-term sustainability plan for the reef and pledged financial support for research into coral bleaching. The 2050 plan identifies the need to help make the reef more resilient to climate change in the future, while trying to lower carbon emissions.”

Mass bleaching is caused by global warming-induced increases in sea surface temperatures. It has been recorded on the reef four times in recent history. Aerial surveys have found that back-to-back mass bleaching events have affected more than 65% of the Great Barrier Reef.

Scientists are alarmed by the proximity of the 2016 and 2017 bleaching events. They fear the reef will have little chance to recover.

But humans are affecting coral in other ways too. Plastic is one of the biggest threats to the future of coral reefs after ocean warming, reports the BBC.

“More than 11 billion items of plastic were found on a third of coral reefs surveyed in the Asia-Pacific region. This figure is predicted to increase to more than 15 billion by 2025.”

Plastic increases the risk of disease outbreaks on coral reefs. Plastic bottles, bags and rice sacks were found scattered among the reefs. Nearly one-third of the corals surveyed were loaded with plastic. Indonesian reefs were the most heavily polluted and Thailand and Myanmar were close behind.

Since the bulk of the plastic comes from land, it is our responsibility to dispose of our garbage wisely and prevent further damage to the reefs. The methods used to preserve coral are varied. They range from helping improve their genetic strength to using robots as survey tools.

Scientists are trying to find the corals with the best, hardiest genes, breed them in tanks in labs, and finally, return them to the reefs where they can continue to multiply. They hope to create tougher, more robust reefs and slowly build an ecosystem that can survive climate change and other human-related environmental issues.

Scientists in Florida are perfecting techniques that could allow for the quick re-establishment of reefs destroyed by rising ocean temperatures. In Hawaii, they study the biology of corals that managed to survive after an earlier generation of people polluted a magnificent bay with raw sewage. Caribbean countries are coming together to make a genetic storage bank for corals in case the reefs all die.

And there is so much that we can do to protect coral reefs in our part of the world. We can ensure a healthy fish community, keep the water around the reefs clean, and learn how to protect the much healthier, more resilient coral populations.

And that’s not all. A fleet of robotic jellyfish has been designed to monitor coral reefs. Invented by engineers at Florida Atlantic University, these underwater drones use a ring of hydraulic tentacles as propulsion.

The small robots can squeeze through tight holes and not cause damage to the corals. The flexible, 20 cm-wide bots look like the moon jellyfish at their larval stage.

Researchers from the University of Texas at Dallas have tested a hydrogen-powered bot, and engineers at Virginia Tech have experimented with mechanical jellyfish. But, the prototypes from Florida Atlantic University are much smaller, can swim untethered, and offer less chance for damaging the corals.

And these efforts now have even more purpose as new coral reefs have been discovered.

New coral has been discovered A group of American and Brazilian scientists discovered a new sponge and coral reef more than 600 miles long at the mouth of the Amazon River. The reef occupies 3,600 square miles of ocean floor from the southern tip of French Guiana to Brazil’s Maranhão State.

The researchers were surprised that the reef could exist at all because the Amazonian plume is quite muddy and doesn’t allow much sunlight through. But, the researchers have found that the reef’s biology depends on its site. The southern part, with tougher, stag-like corals, is only covered by the muddy water three months of the year, so it has the opportunity to complete photosynthesis. The north part, which houses more sponges and predatory creatures, is kept from sunlight by the muddy water more than six months out of the year.

The continuing climate changes make securing these tougher, more robust reefs critical. Their presence shows how corals can survive in more severe ocean environments, and they also point to how a portion of the biodiversity sustained by tropical coral reefs can survive warmer times like we see now in our climate.

Coral reefs are a vital part of the oceanic ecosystem. They provide homes and food for many species of fish and help maintain the health of the ocean.

Reefs also provide protection for humans living on the coasts and livelihood for fishermen. It is in everyone’s best interest to take steps to protect and increase our coral reefs. They are not just pretty plants, but an important part of the ocean’s ecosystem.